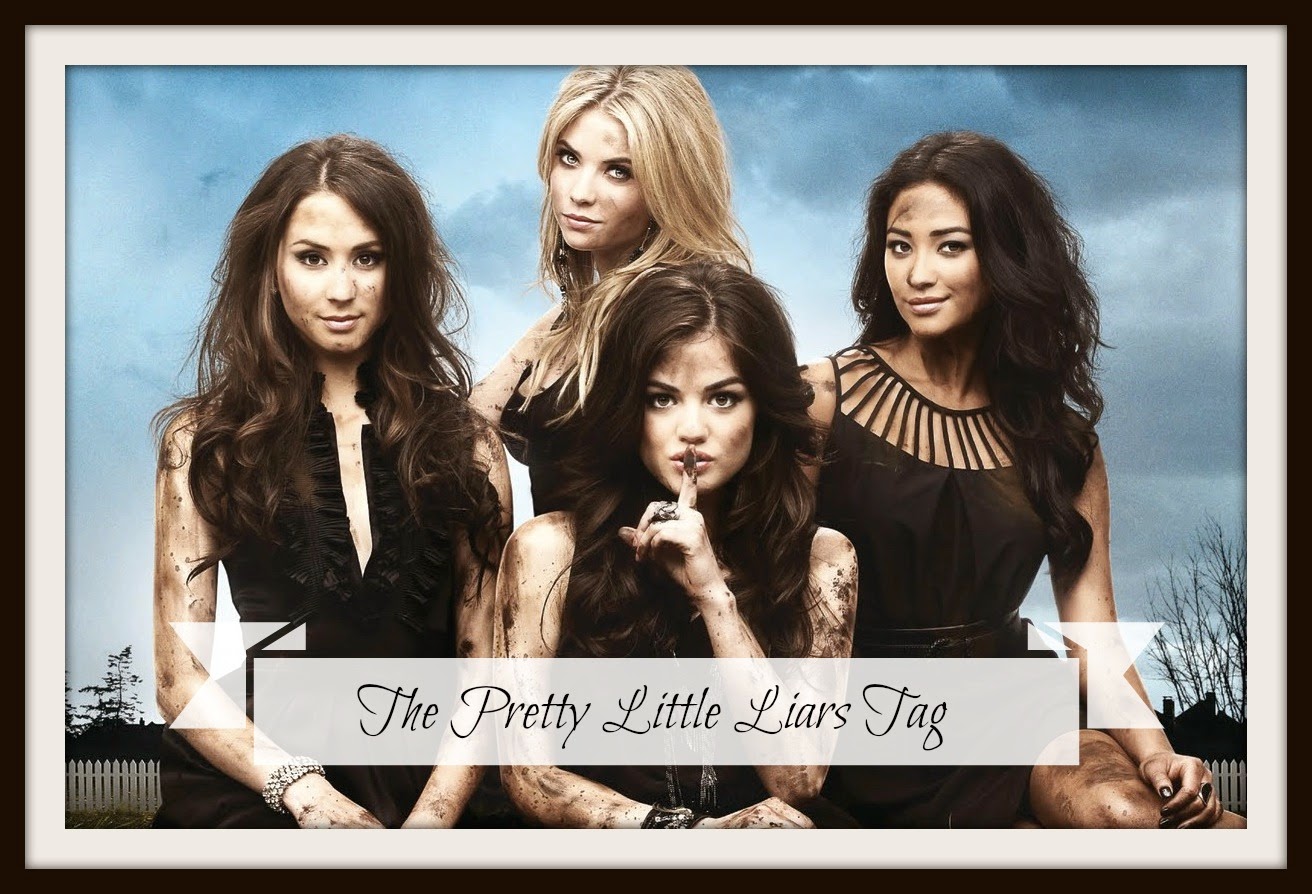 I’ve seen this tag floating around the blogosphere for a while and I thought I’d give it a go, especially since I loooove this show. It’s had me hooked since I first started watching it not too long ago. I binge-watched seasons to the point where I was looking at my unkempt reflection in the mirror of the laptop, between episodes, and think what is my life. Since I’m mostly caught up with the latest Season (5) I thought I’d do this tag before the long awaited revelation of A happens. Thanks to Kirstie from a Yellow Brick Blog for the first few questions that she created on her blog and I’ve added a few more of my own at the bottom.

2. If you could raid anyone’s wardrobe, whose would it be?
Mona’s! She has great style and I was a little more excited than I should’ve been when I saw that we both own the lots of the same pieces of clothing in Season 4.

3. Which cast member would you go to if you had a problem?
I think probably Hanna. She cares a lot about her friends and plus she would be happy to go pig out with me whilst I ate my problems away.

4. Which character’s personality do you think you most relate to?
This is a tough one, I asked my bestie and she said Hanna. I do love my friends, and I stress a lot and I love to eat…a lot actually. I think there’s parts of Spencer that I can relate to too since she’s the most sensible.

5. Which character’s makeup would you most like to wear?
I like that they all keep their makeup subtle. Hanna does a great smokey eye, so definitely hers. This is turning into a bit of a Hanna appreciation post!

6. Which of the cast would you feel safest with when stuck in an ‘A’ situation?
Spencer. She always stays calm and she’s super smart so I’m sure I’d get out of the situation the quickest if I was with her.

7. What has been the biggest shocking moment?
When everyone thought Ezra was A. I think I gasped so loudly my neighbours heard. I have to admit I was disappointed that he wasn’t A though. He’s just one character that I can’t seem to like.

8.  Who is your favourite character?
Alison! Lol I know this is an unpopular choice but I think her character is brilliant. So well thought out and Sasha Pieterse is such a fantastic actress, she fits the role really well.

9. Sum up in 5 or less words, your thoughts on:
Jenna – Looks better with sunglasses on
Paige – So clingy
Toby – Man crush
Cece – Irrelevant.
Melissa – Stunner but such poor acting!
Sydney – Irrelevant.
Jason – Weirdo.
Holbrook – worst “detective” in the world.
Lucas – There are no words…

10. Who do you think is A?
I’m thinking Jason. He has enough connection with all the girls to have a motive but he’s not around enough for anyone to suspect him too much. He hated Ali so he had enough reason to torture her as A. Omg this is making sense, have I found A?!

Now I tag ALL of you. What would be your answers?

The Week Where I Embraced 2018