This week I visited my local Chaiiwala branch to see what the hype was all about. It’s known as the Green Street branch but actually it’s just off Green St (on Plashet road).

I have to say it’s one of the better looking branches and that’s not even me being biased. They’ve done well with doing up a small space with comfy seating and creating a chilled out rustic vibe. I loved the exposed light bulbs and huge mural of the Taj Mahal on the wall. 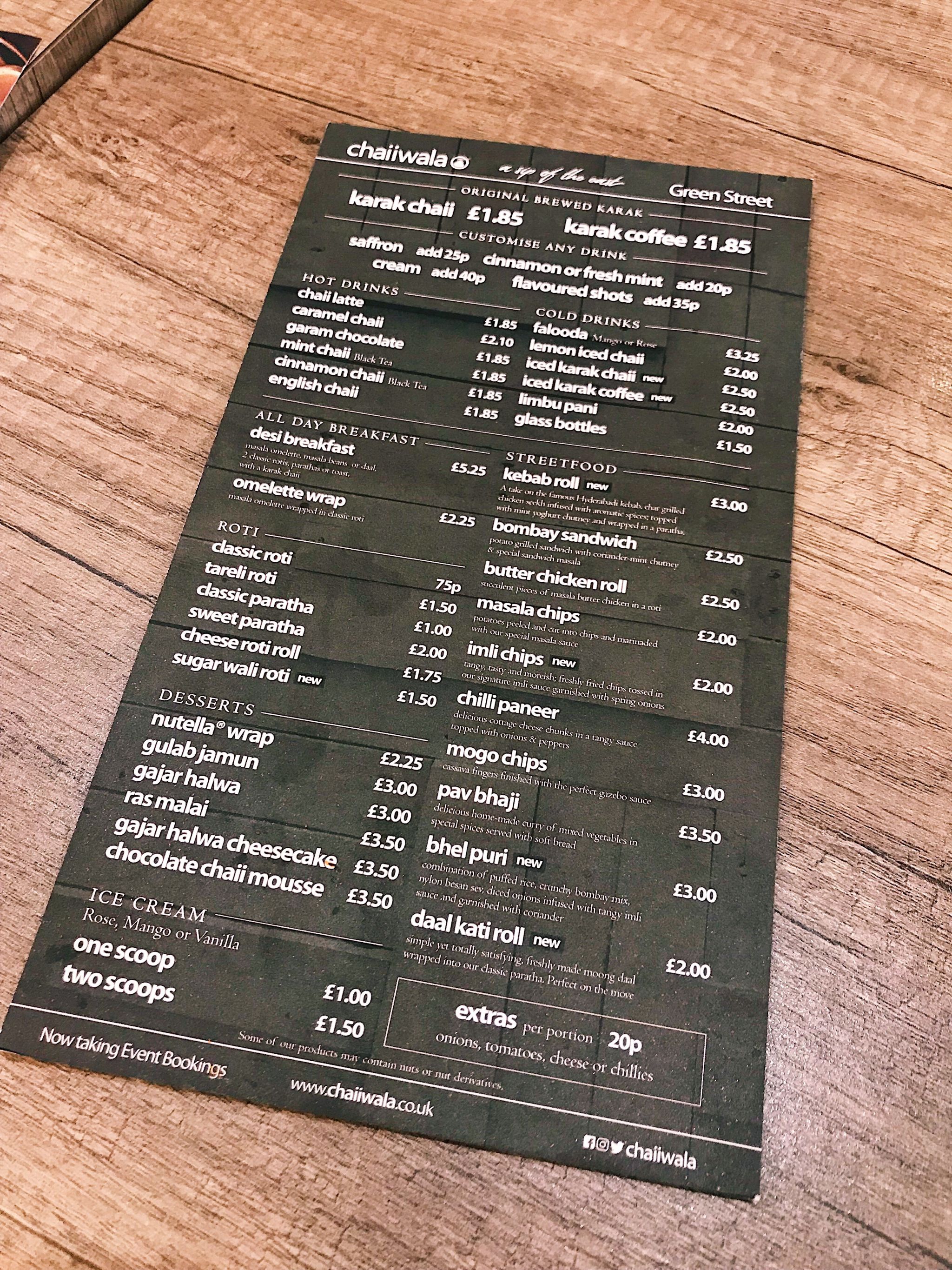 I wish I took more photos but honestly I was so hungry that the only thing in my hands was my food!

I’m a huge fan of Karak Chai but since I already know what that tastes like I opted for the Mango Falooda and the Karak Coffee.

The Mango falooda was average at best. It wasn’t presented in an aesthetically pleasing way and there was a minimal amount of china grass in. I don’t even think there was any basil seeds in. Disappointing.

THAT KARAK COFFE THOUGH. It was honestly just as good as my mum makes it. Really loved it. I would whole heartedly recommend going there just for the Karak Coffee.

And it seems that a lot of people do. The cafe/restaurant (not quite sure what you’d call it) had streams of people in and out. 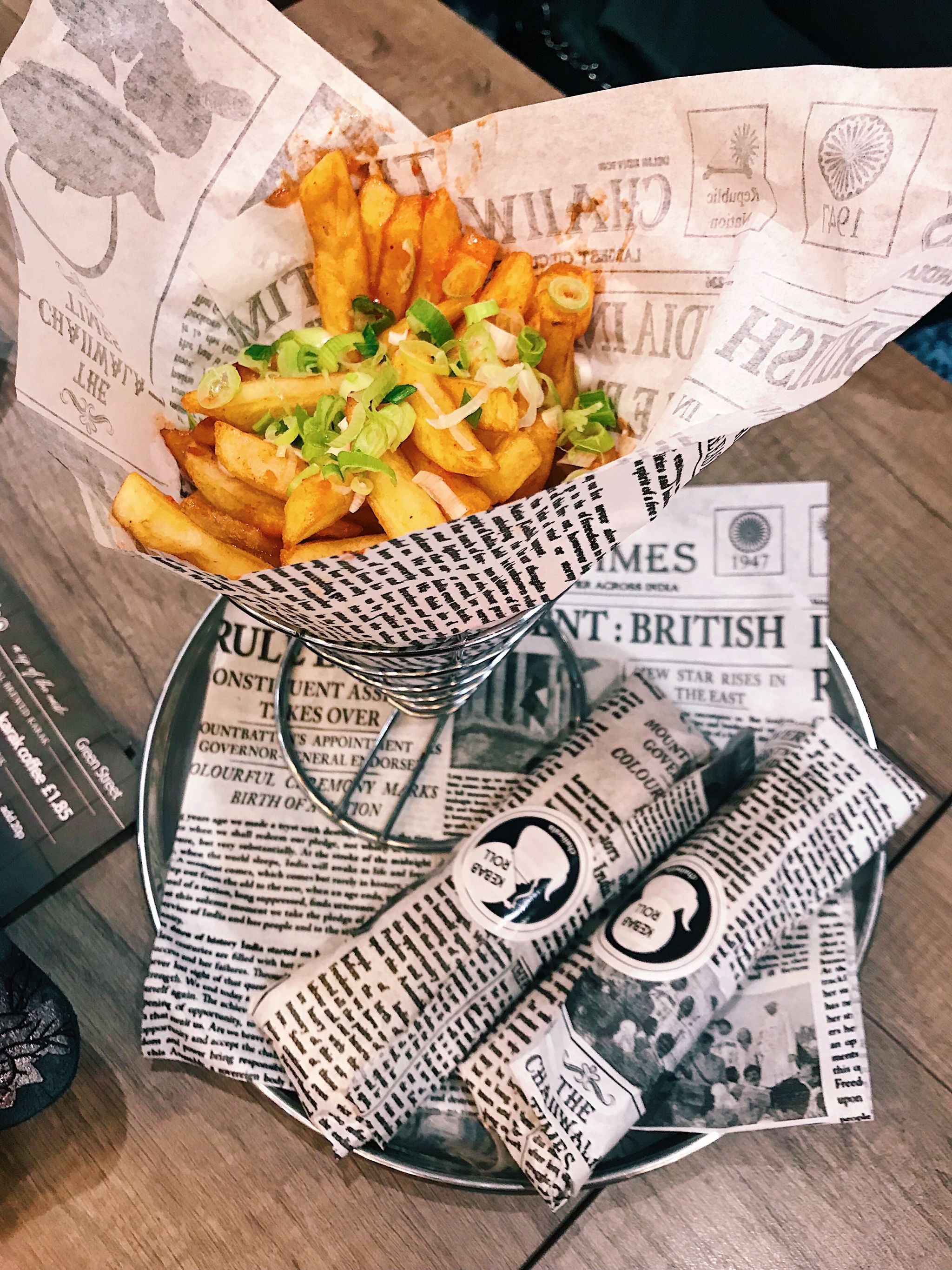 Food wise we ordered a few things. First up Kebab rolls. These are tiny and very basic. Literally a seekh kebab in a chapatti with some cheese (and possibly some sauce) in. Meh.
I ordered bhel puri which was the most basic bhel I have ever seen. A lump of potato with Bombay mix thrown in and a splash of tamarind sauce. Sorry but that is not Bhel.

Next we ordered masala chips. These were nice, you do get quite a bit in the cone which was a pleasant surprise but they weren’t the best I’ve ever had.

Last we ordered a chai mousse. This was divine. It tasted a bit too dense to be described as a mousse but the taste was SO good. It’s extremely rich so don’t be fooled by its small proportion. I’d definitely order this again.

Price wise, I was surprised at how cheap it is! £1.85 for a smallish cup of karak is great! None of it is extortionately priced so bonus points there.

Would I recommend it? Well I mean definitely for the karak, but just not for the food. The food wasn’t bad as such, just very basic. If you’re absolutely starving or just wanted a quick bite then it’s a good shout. It’s conveniently located (especially for me as I’m local) but also out of the way of the hustle and bustle of Green Street. Oh and the desserts good too!