The Museum of Witchcraft and Magic London Review

It’s pay day! Omg is there anything better than the January Pay Day feeling? NGL I went a little bit crazy in the sales this year and so this month was tough. Still, I managed to squeeze in a visit to a place that was high on my “to visit” list – The Museum of Witchcraft and Magic.

The Museum of Witchcraft and Magic is actually based in Boscastle in Cornwall. Lucky for us Londoners though, part of it is taking up a haunting residency in the The Viktor Wynd Museum of Curiosities. 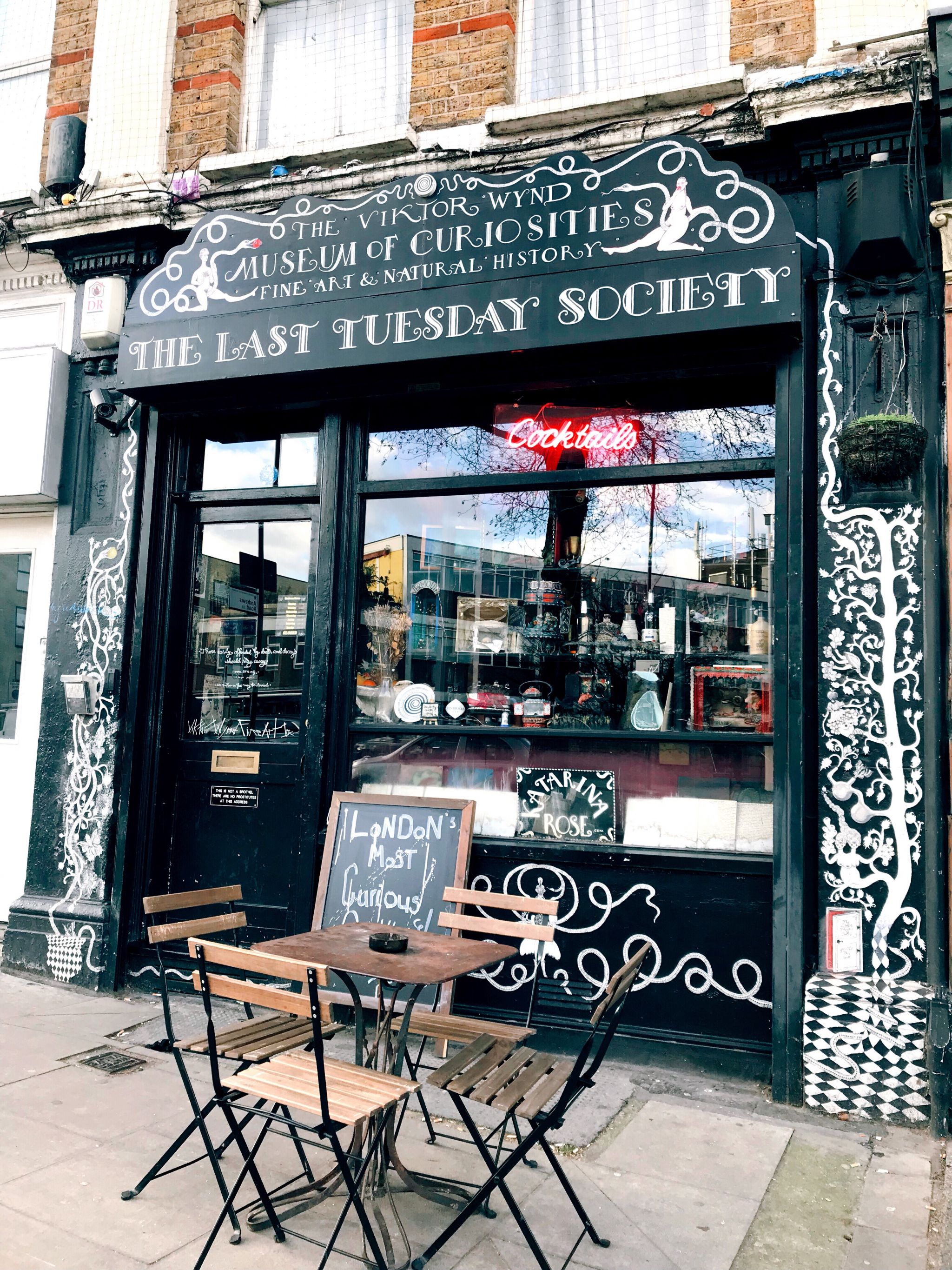 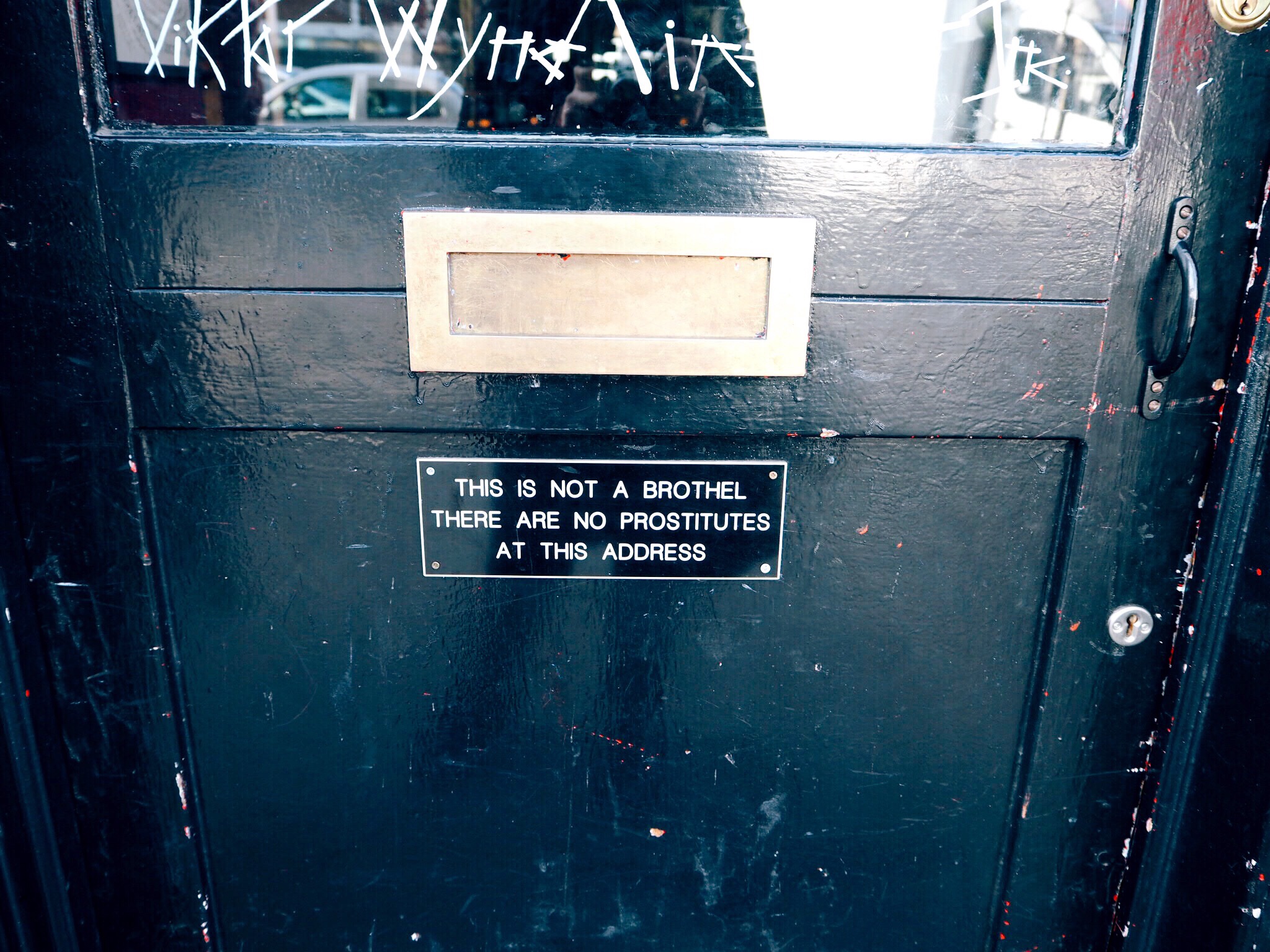 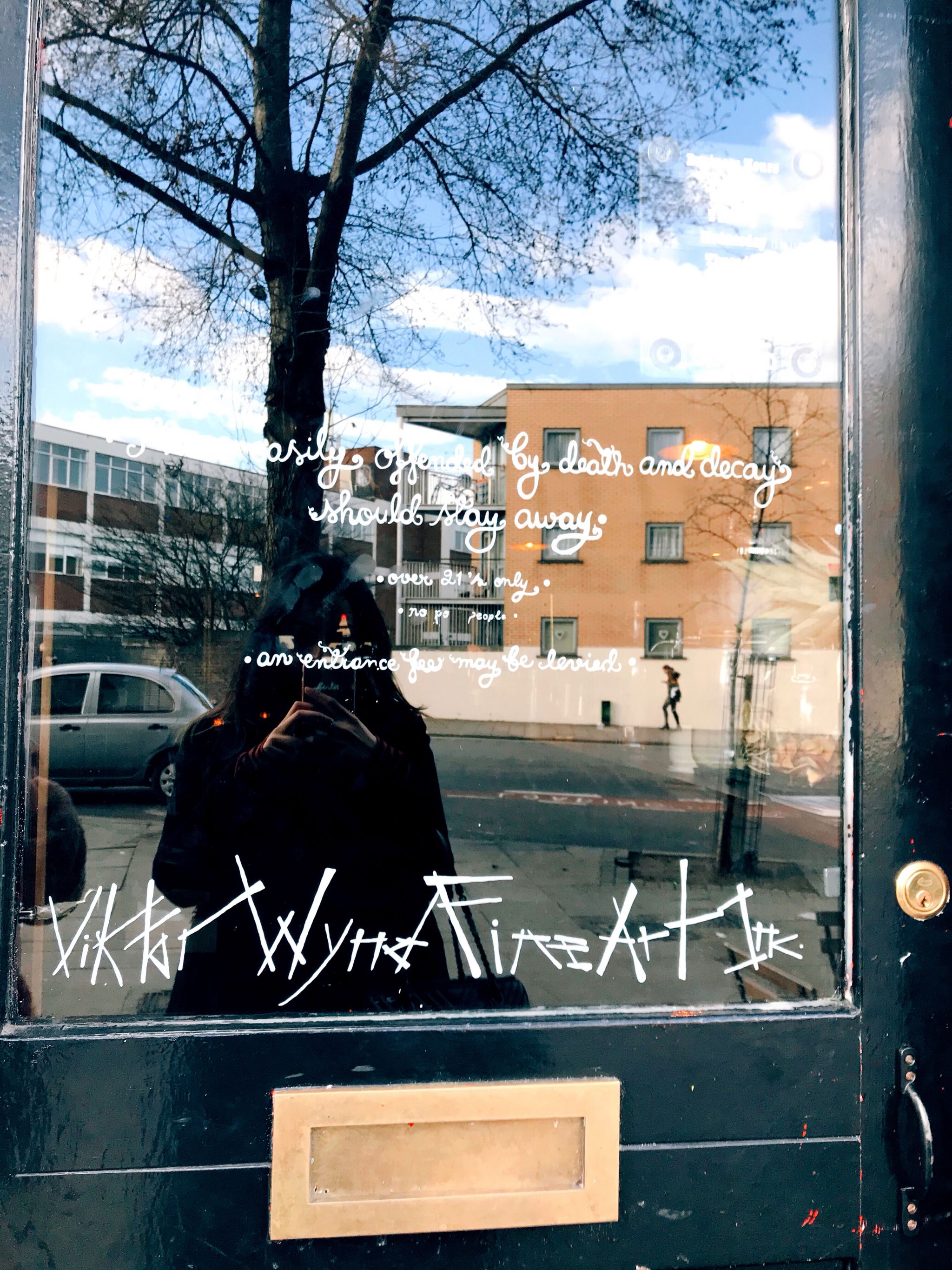 “Those easily offended by death or decay should stay away”

The Museum of Curiousity’s natural history collection really deserves a post in itself but what I will say is that it includes dodo bones, extinct bird feathers, as well as A LOT of taxidermy. To be honest that summary doesn’t even come close to the weird and wonderful things that are kept here (we’re talking things like a box of Russell Brand’s pubes *vom* and a jar of tiny pickled moles) but again, we’ll save that for another day/post.

So The real Museum of Witchcraft and Magic has the largest and most remarkable collection of witchcraft-related objects and books in the world, it focuses on an important aspect of British folk culture which has often been overlooked and misunderstood. The venue in Boscastle have very kindly lent Viktor a number of object for an exhibition. 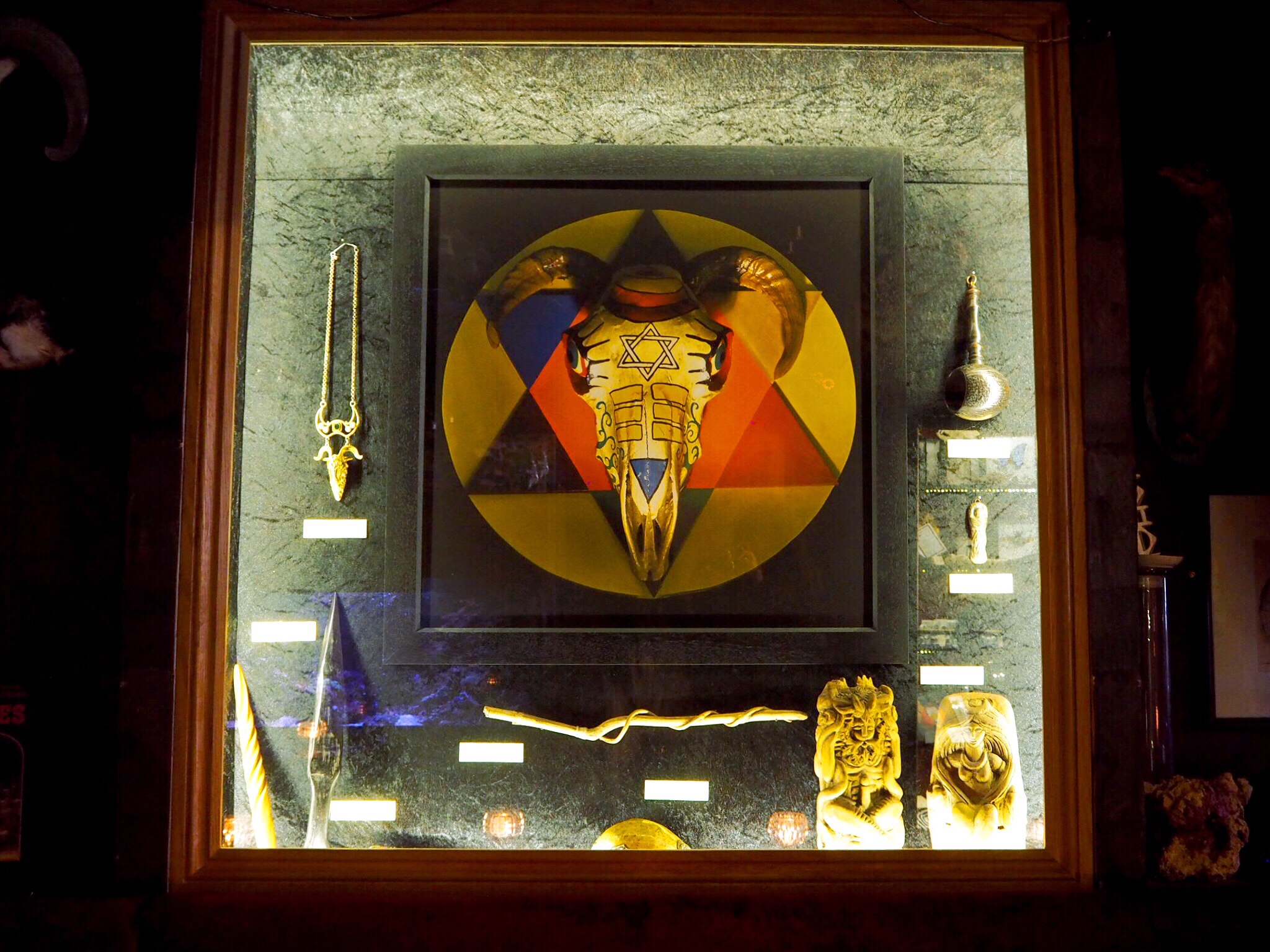 As soon as we walked in we were greeted by a really friendly waitress at the bar. She explained that the entire attraction was £6 and you have a big fat guide book to guide you through the attractions all included in the cost. The actual museum was downstairs and at the back there are some artefacts that have been lent to them from The original museum of witchcraft and magic. We were allowed to take as many pics as we wanted and come up for drinks if we so wished.

In all honesty, I didn’t take in half of what she was saying because I was so in awe of all the taxidermy that was hanging from the walls. I couldn’t figure out if it was all real or not – the unicorned zebra threw me a little bit.

The “museum” itself is absolutely tiny. Like if you suffer from claustrophobia I’d strongly check to see that there is no one else in the museum. Heck even if you don’t it would be a good idea to make sure you’re the only people there because it gets very crowded very quickly. 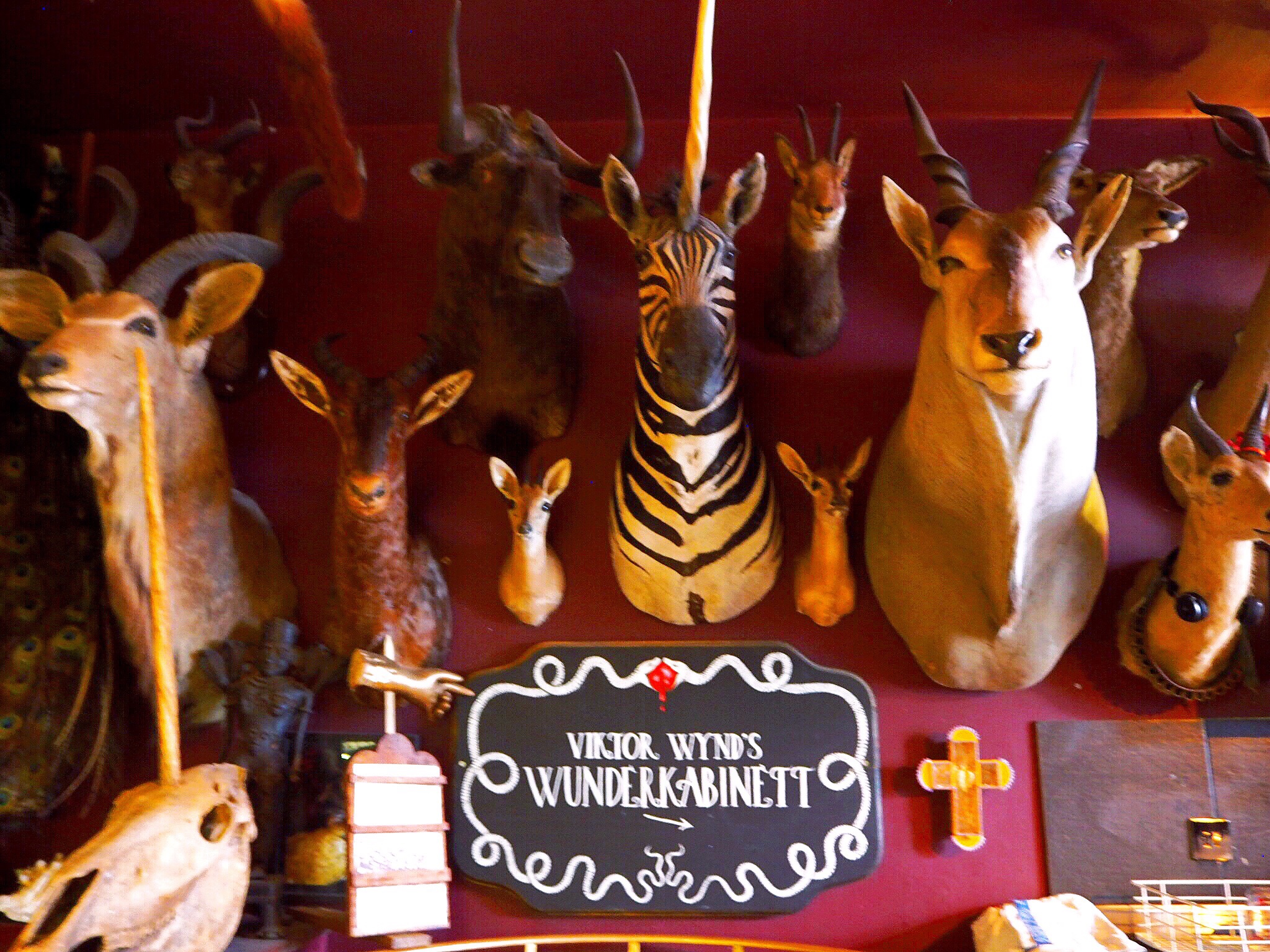 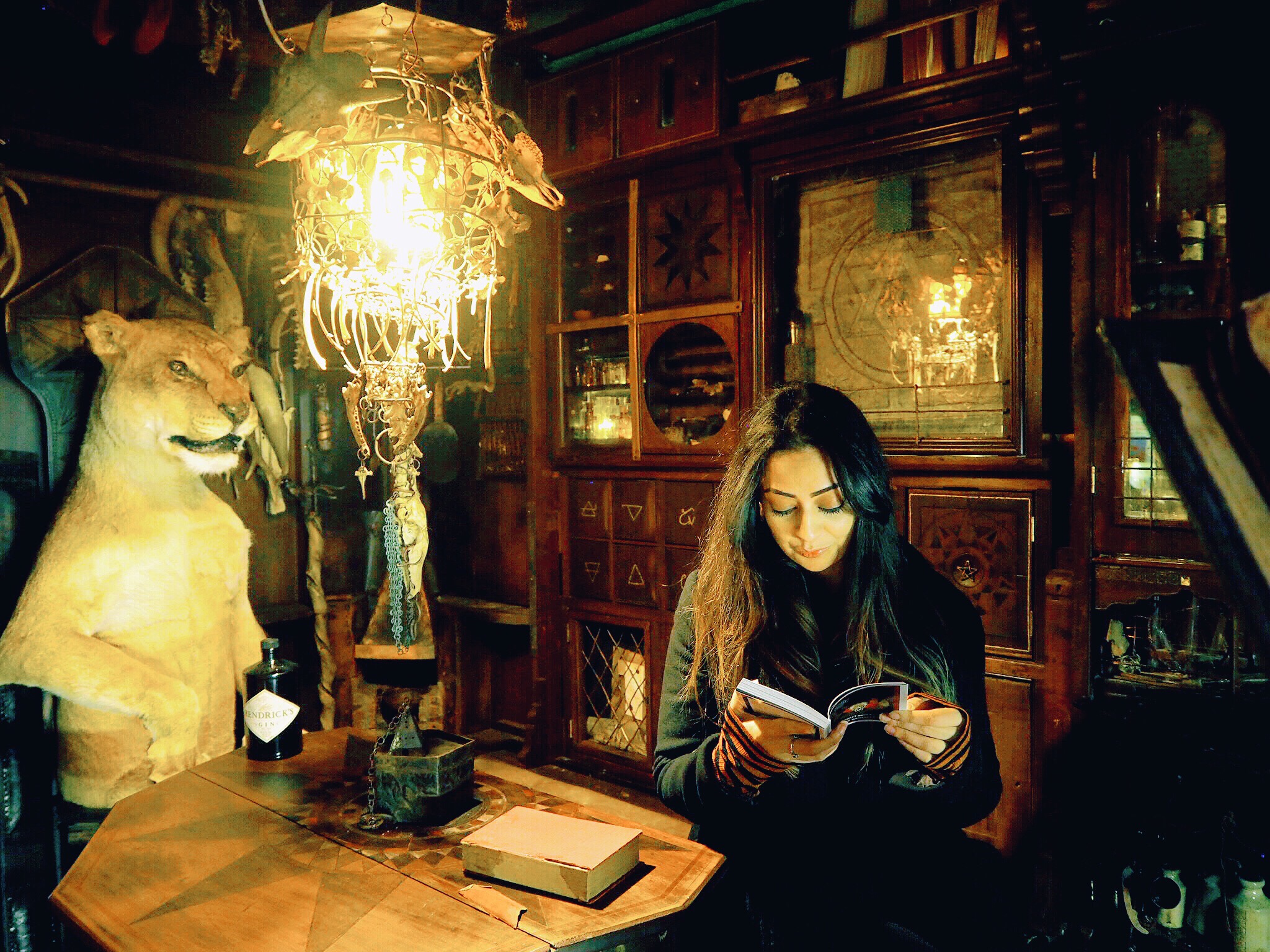 As soon as I came down the spiral staircase I really didn’t know where to begin. Each of the glass cases are jam packed with different Artefacts. Each weirder than the last.

Most of the objects are contemporary, with only a handful that are from the 19th century. I suppose I was slightly disappointed at this because witchcraft dates back to the middle ages. I was also confused as to where the exhibition began and ended because of the lack of signage. Sadly, my visit was a really rushed one and I didn’t get a lot of time to read the guide book and match it up to the artefacts.

It’s handy to note that without the guidebook you’d be lost. It’s very difficult to read the hand written labels for the few objects that have been assigned one and other than that there is no explanation for anything. If you were to aimlessly wonder around without taking things in you would literally be done in less than 5 minutes.

If however you do want to know more and ask questions then there is a guided tour at 6.30pm which I think I would probably like to go back for. For £6 it’s definitely worth checking out, definitely one for the quirky places to visit in London!

The exhibition is on at The Viktor Wynd Museum of Curiosities in Hackney until 28th February 2018.

The Boohoo Leopard Skirt Of Dreams