This review is longggg overdue. In fact it’s about 3 years late lol. I first visited the Cereal Killer Cafe when it opened in 2015 and I must admit I was conflicted. I had strong feelings around gentrification but I was on the cusp of becoming a sucker for gastro-novelty so I didn’t know what to make of it. I both loved and loathed it but never felt the need to go back.
3 years later, they’re still going strong and I wanted to go back and see just how well they’re doing – plus I was in Shoreditch and wanted breakfast that wasn’t fried or involving egg! 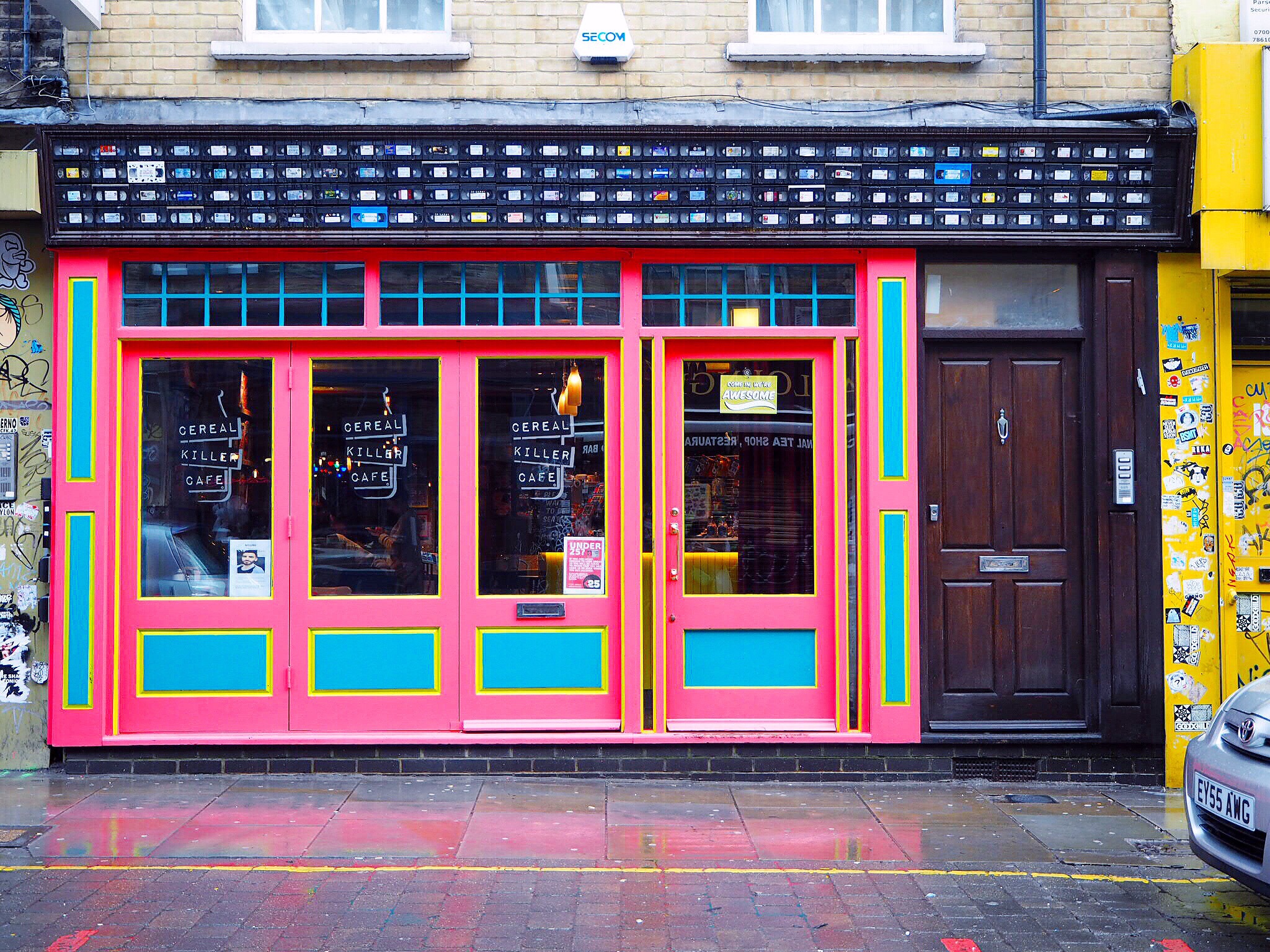 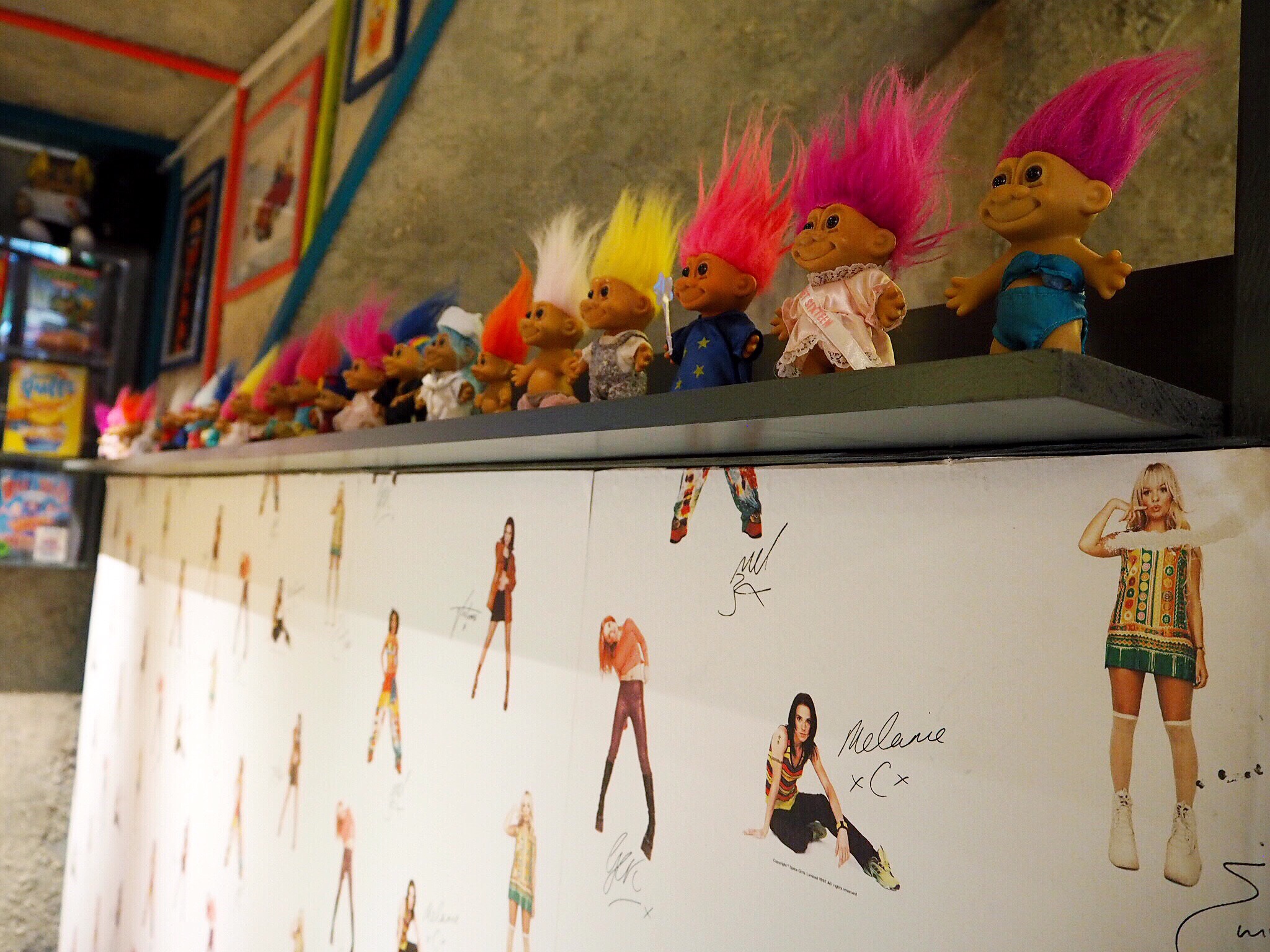 If you’re thinking of visiting, I think it’s important to remember that it’s a concept. Just get on board with it and enjoy it.

Cereal Killer Cafe opens from 7am-10pm, serving over 120 different kinds of cereal, 13 milk options and more than 20 additional toppings. The cereals range from British favourites to US and Asian varieties rarely seen on these shores. They cater for everyone and even offer gluten and dairy free options. They all cost £2.60 for a small bowl, £3.60 for a medium bowl, and £4.60 for a large with milk included. Toppings cost 70p and a few premium milks cost 50p. Prices are slightly higher for American cereals which I’m guessing is to do with importing them. Lol I am not going to comment on the pricing, it is what it is – a concept.

While we waited for our waitress I took in the surroundings and literally everything made me smile. If you’re a 90’s kid you will be in our nostalgic bliss. From the playlist (Christina Aguilera, Backstreet boys and the Spice Girls) to a line of troll dolls and even stacked VHS tapes which made me want to rewatch them all that same day. Each table comes with a cut quiz which of course I aced, including being able to name all 7 S Club 7 members and nothing that they spelt Jon’s name wrong!
The walls are covered in what seems like every kind of cereal that ever existed, cereal art (apparently it’s a thing, who knew!) and beds with duvets as seating. Honestly, it’s been really well thought out and I couldn’t fault it. So I know that it’s all about the cereals (duh) but I wanted to try out some of their other options. These include toast (brown or white) with a number of spreads, I of course went for Marmite and biscuit spread. FYI biscuit spread tastes like Lotus Biscoff so you can imagine I was a very happy bunny. They also sell pop-tarts in 12 different flavours and cereal-themed cakes.
Something I hadn’t seen on the menu before was stacked hot chocolates and so that’s exactly what I ordered. I opted for the peanut butter flavour and my friend chose salted caramel. 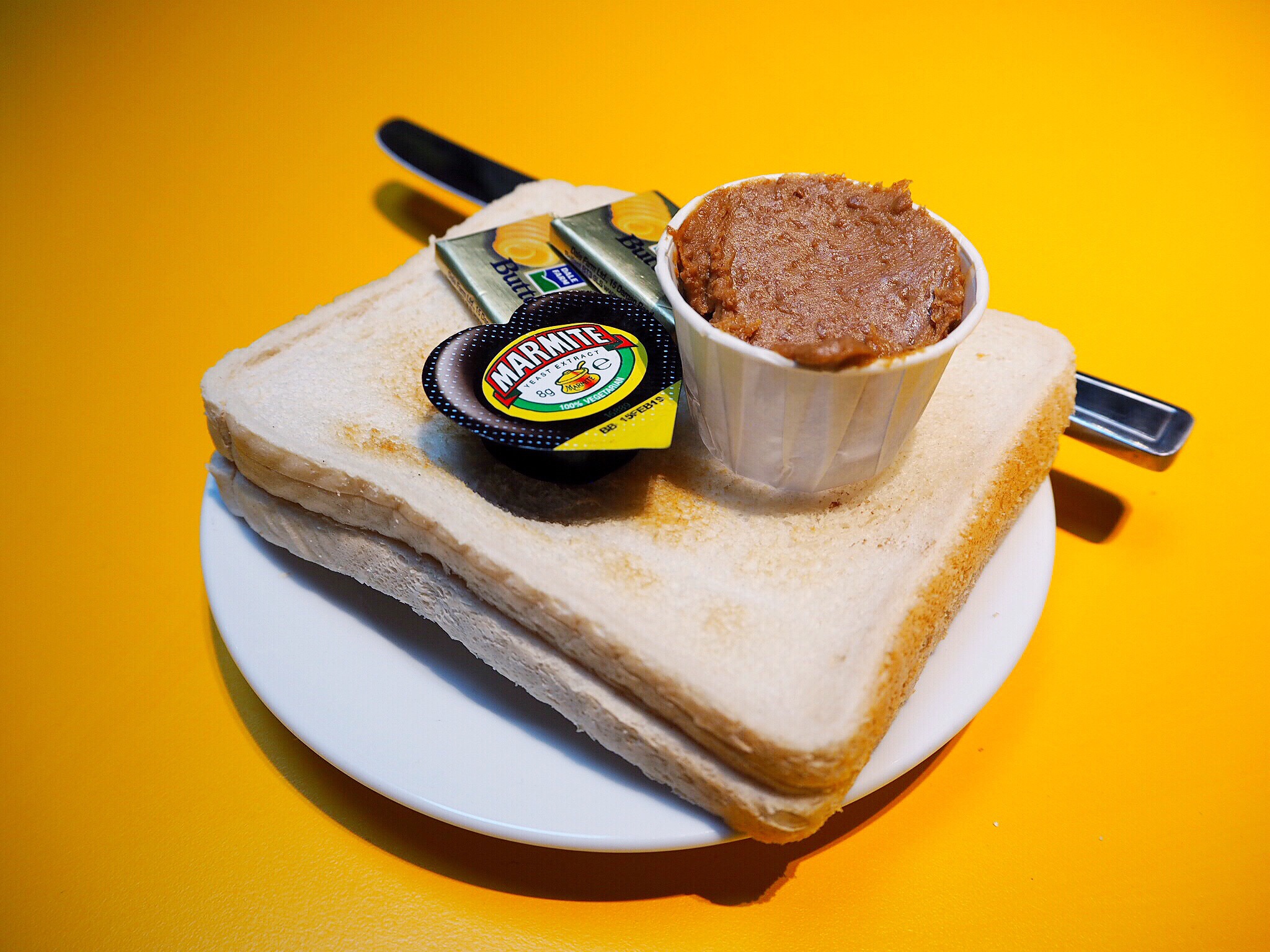 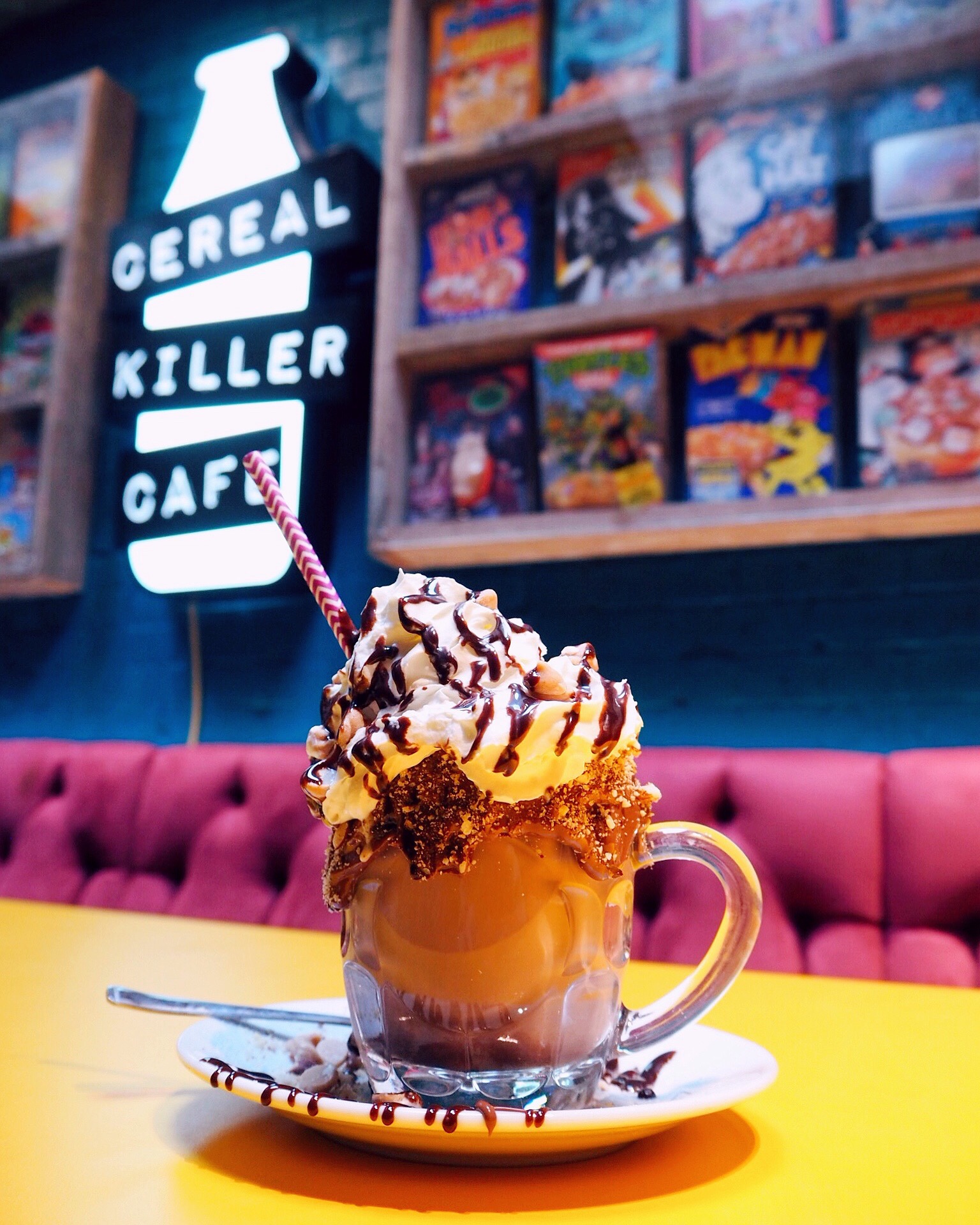 Since the orders are pretty straightforward, they came out really quickly and the service was really friendly. No complaints. The stacked hot chocolate was delicious and I could have probably ordered another. I must admit I do like my toast well done but I’m sure it wouldn’t be an issue if I asked this of them. Even though I didn’t order it this time and don’t have pics, if you’re thinking of ordering cereal but worried about it getting soggy (is there anything worse than soggy cornflakes?) by the time it gets to you then fear not. When you order cereals, they give you the milk in a really cute milk bottle so you can do your own milk to cereal ratio.

It’s obviously been well thought out and very well executed.

I always think of the Cereal Killer Cafe as a bucket list restaurant, once you tick it off you don’t go again, having been back a second time though if you can get over the extortionate prices it’s such a feel good place. If I’m having a particularly crappy morning, I know that this place would cheer me right bust perhaps I might just be back sooner than I thought!

Would I recommend it? Yes! In the words of Tony the Tiger: it’s grrrrr-eat!