Being a sucker for gastro-novelty I decided I had to check out Bubba Gump Shrimp Co at some point and what better time than now! The restaurant is based on the Forrest Gump film and situated just behind Piccadilly Circus. It’s really easy to get to, you can’t actually really miss it.

As you walk in you’re met immediately by extremely friendly staff and a weirdly intriguing souvenier shop. The other thing that will grab your attention is the iconic bench that is featured in the movie. I did want to take a photo sitting in the bench but one of m worst nightmares is posing for a photo with lots of onlookers so that just didn’t happen ha. 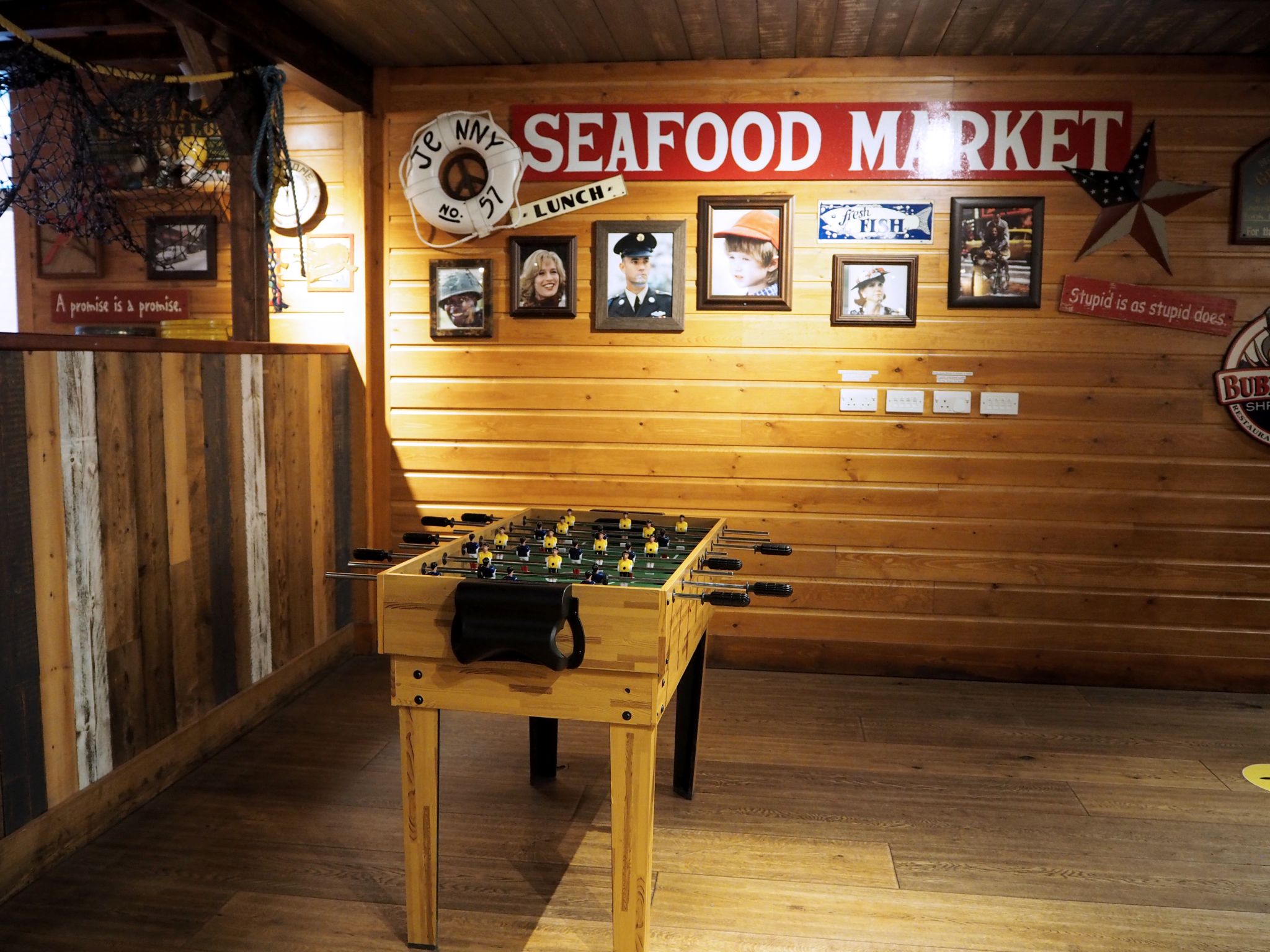 The actual restaurant is on the first floor. As you ascend the stairs, it’s clear that the Forrest Gump memorabilia doesn’t just stop in the gift shop. Right at the top of the stairs you’re greeted by a larger than life size photo of Forrest Gump aka Tom Hanks in his prime. I kind of fangirled initially but then checked myself. I mean, ruthfully, all this memorablia should have set alarm bells rining but I was pulled in by the visual onslaught and the pizzaz.

The restaurant is absolutely huge, it has 400 seats across two floors. That’s kind of insane. especially considering, just down the road in Soho/Carnaby St, you can barely fit 10 in a restaurant!

The staff were…not at all welcoming. You know sometimes you get that weird vibe from white staff members that make you feel like you shouldn’t really be there. Still, we were gonig to be paying customers as well and I wasn’t going to let anyone make me feel uncomfortable about eating somewhere. 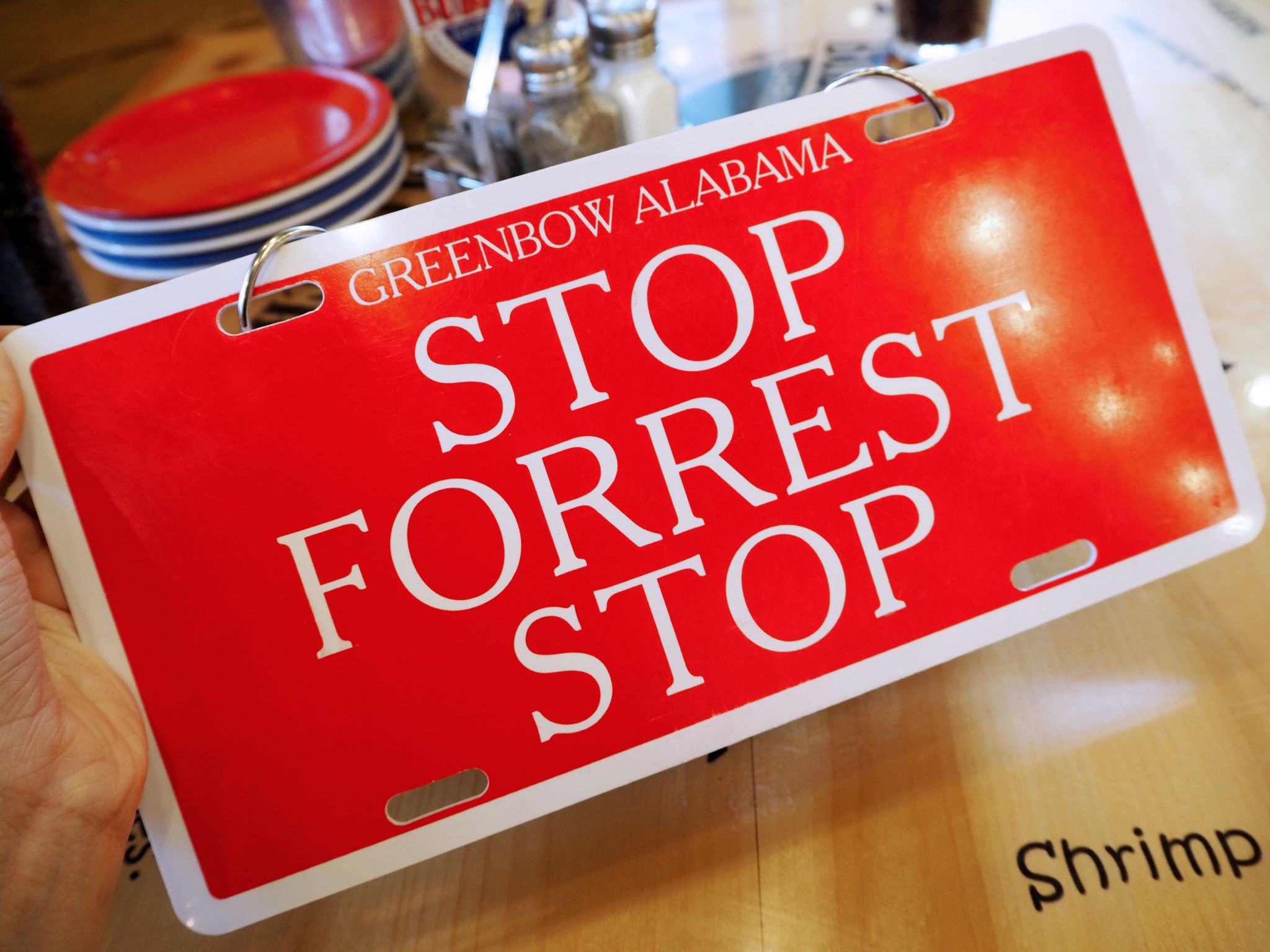 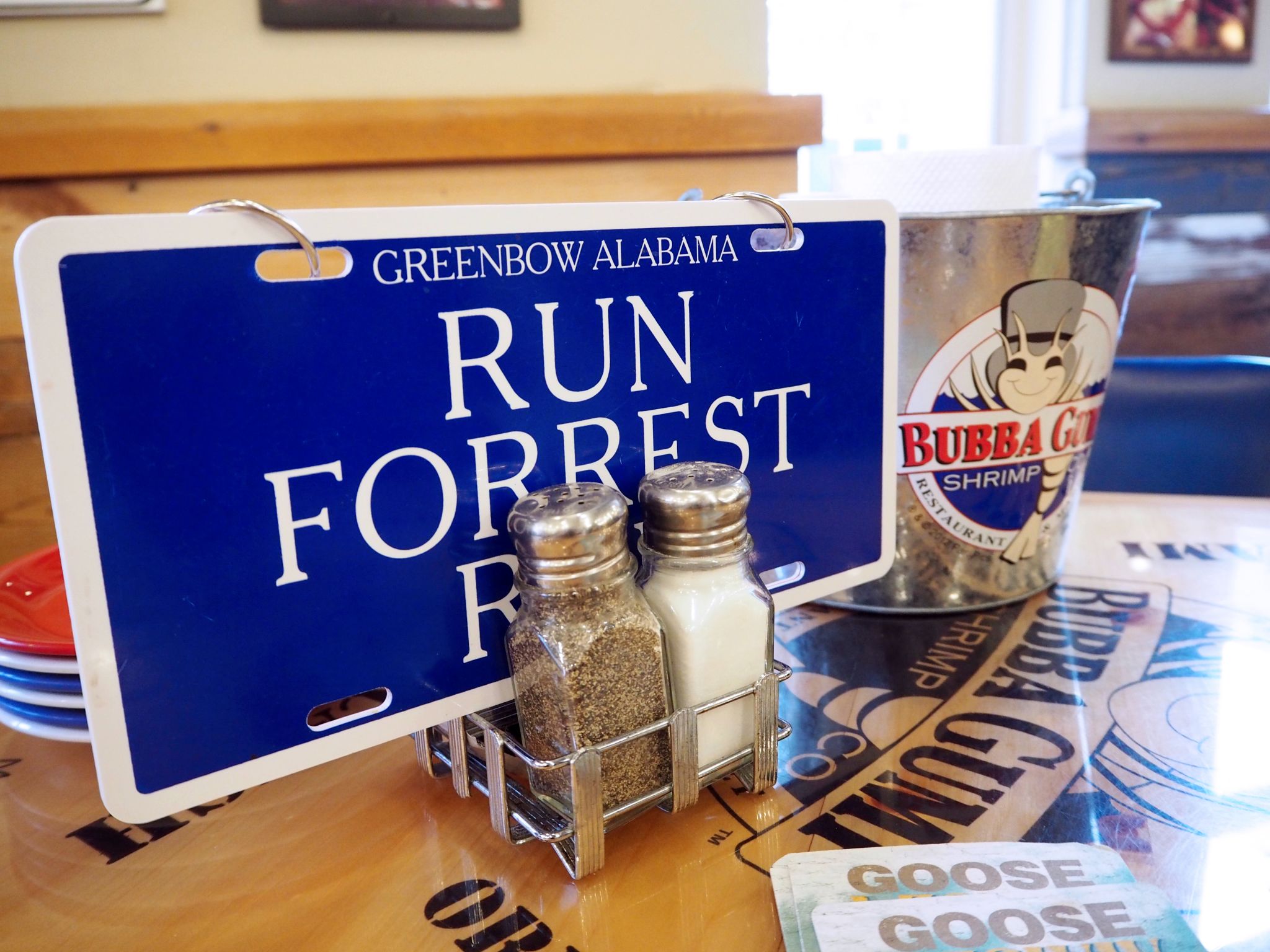 Once we were seated, our waiter explained everything we needed to know about the menu and also explained something quite special to us. You know when you’re at a restaurant and you either get annoyed because the wait staff come over too often or not enough, well, that’s definitely not an issue here! Bubba Gump Shrimp Co has a very unique system to combat this. On each table there is a sign that can be flipped over. One side says ‘Run Forest Run’ and the other says ‘Stop Forest Stop’. If you want someone to stop, you turn the sign to ‘Stop Forest Stop’ and the other way around if you don’t want to be bothered. I imagine this makes the staff’s jobs a lot easier as well as making it a more relaxed dining experience.

he menu is pretty extensive and as expected, shrimp is served in every single way imaginable; be it battered, breadcrumbs, coconut shavings and even cajun. 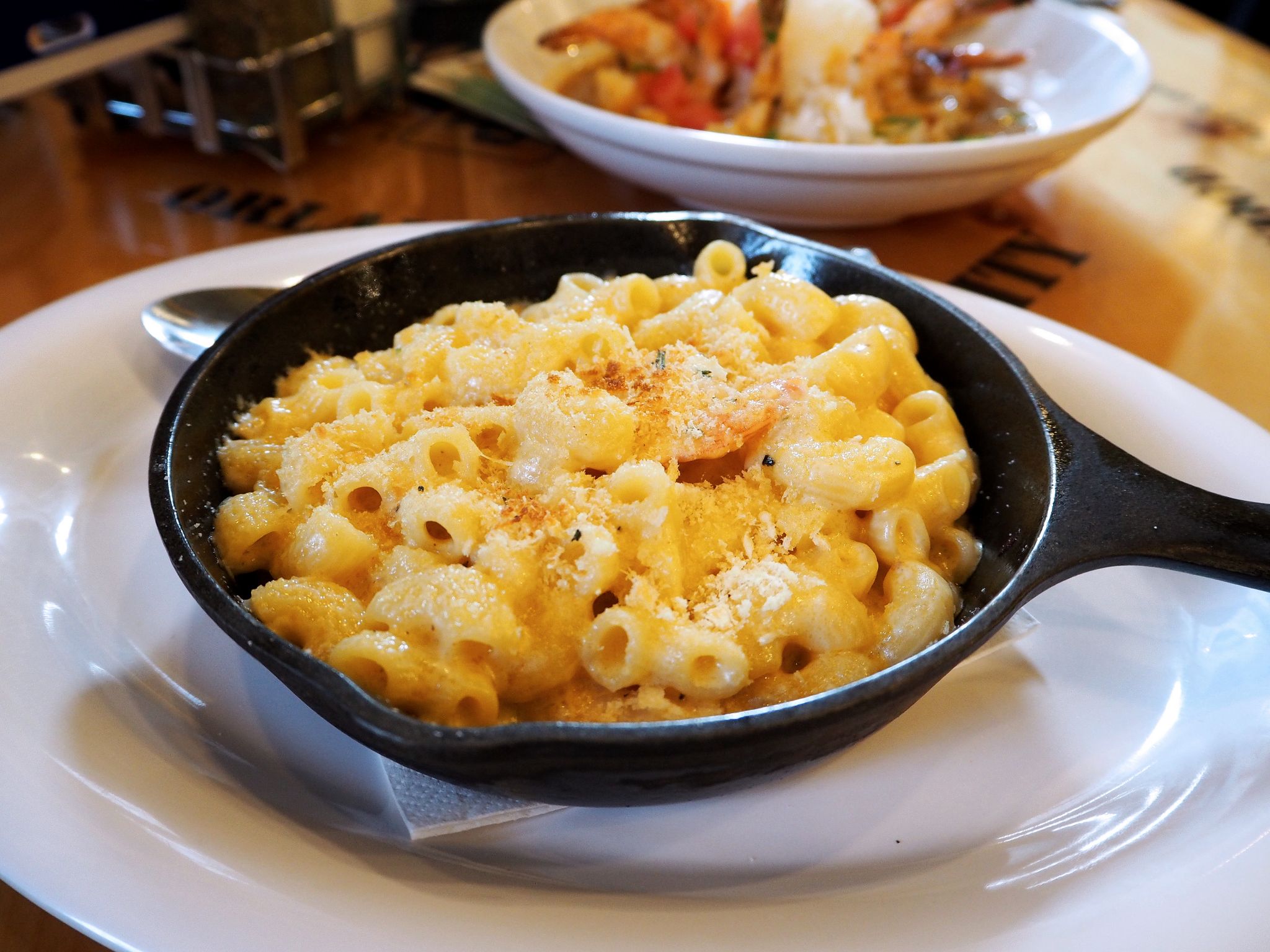 In all honesty I wasn’t particularly hungry as it was an early afternoon visit but after scanning the menu I loved the sound of the Shrimp New Orleans; tender shrimp broiled with butter, garlic and spices and served with rice and a slice of garlic bread.
I was told it would be spicy dish and I was really eager to try it. Sadly when it came it was pretty mild which was disappointing. It tasted ok, not overly delicious but not completely bleurgh either.
The winner for me though had to be the Shrimp Shack Mac and Cheese! Seriously, this was one of the nicest Mac and Cheese’s I’ve tasted in a long long while.

If I’m completely honest, the whole concept feels very dated and that’s not just because it’s based on an old film set in the 80s. I’m glad I visited and it’s definitely one to tick off of your food bucket list but I’m not entirely sure that I’ll be back again. Keep running Forrest.

Would I recommend Bubba Gump Shrimp Co? Not unless you’re a serious die hard fan and want to bask in terribly dated memorabilia.
Would I be visiting again? Never.

Brunch At The Black Penny Review

Share:
PREVIOUS POST
"NIOD Copper Amino Isolate Serum 2:1 Review"
NEXT POST
"Is it still friendship if you don’t have anything in common anymore?"
0 comments so far.