Why I Will Never Get Eyelash Extensions Again

As much as I love reading glowing reviews about amazing treatments that make you both look and feel beautiful, the cynical side of me always wants to go and search out  ones. In fact, I purposely search them out before I make my decision on whether I want to go ahead with something.  A few months ago I decided I was going to get eyelash extensions.

I had a wedding coming up and if you’re South Asian or know someone who is you’ll know the celebrations last at least a week and let’s face it, who can actually be bothered to spend hours faffing around trying to get lashes to sit and then spend another hour crying because they won’t (that’s not just me, right?). Either way, I was looking for an easy way out because I love love LOVE the look of long eyelashes. They look so pretty and lift your face in a really subtle feminine way. Unfortunately I was blessed with poker straight eyelashes which point downwards. So basically my eyes look bald most of the time. So as always I sat on my daily commute and read one review after another about getting eyelash extensions. 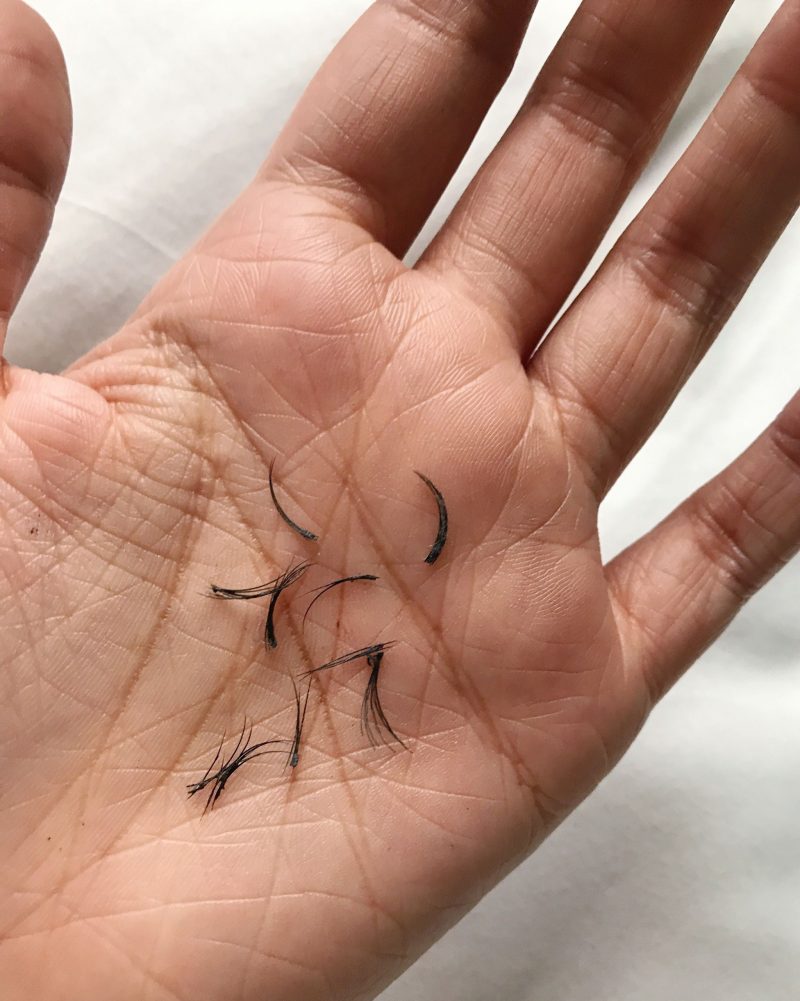 The eyelash extensions that I ended up ripping off!

Now before anyone says anything, I have both tried and loved LVL. In fact I did it pretty regularly for a while but since it was a wedding, I wanted a more dramatic look without the headache of working with eyelash glue.
I had seen an offer on Treatwell and thought I’d just go for it. I had previously had them before but it was applied by a friend practising to be a beautician so they weren’t exactly perfect. I thought it might have just been a one off experience and if I got them done again by a professional maybe I’d feel different about them. So I went for it and here are 10 reasons why I will NEVER get them done again:

In the end I ended up pulling out all the extensions purely out of sheer frustration because the itching and clumping was just driving me mad! Personally would not recommend that you ever do that!

I don’t want to be completely negative, I mean they did and do look pretty freaking amazing when they’re done properly. However, if you were to ask me if I would get them again then my answer is hell no. If I start thinking otherwise I will definitely be referring back to this post to remind myself just how annoying they are!

One response to “Why I Will Never Get Eyelash Extensions Again”