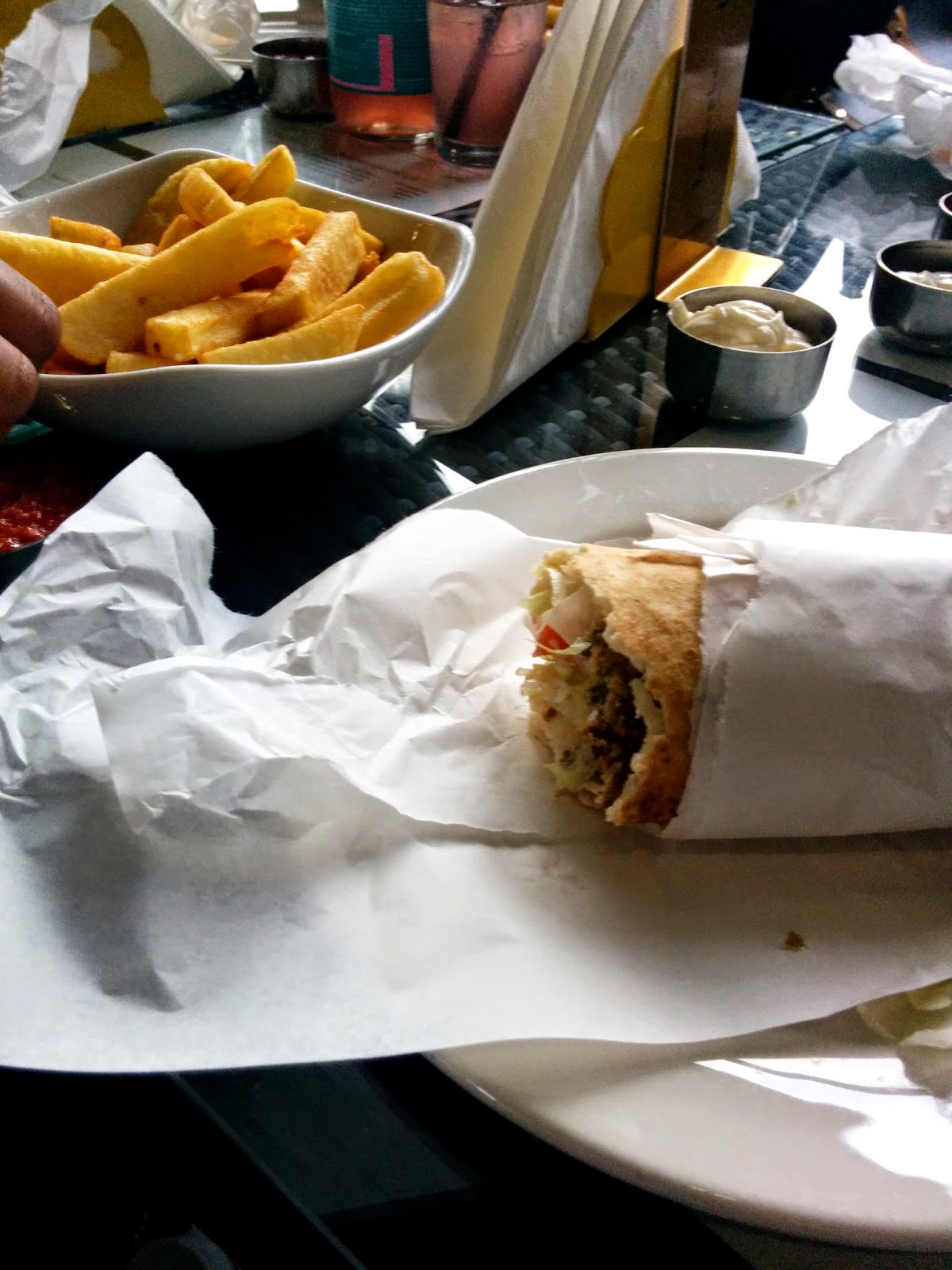 Ordinarily I’m not one for Shisha, however if there’s going to be food? I’m there!

I met up with friends this weekend and as we were in the area we decided to visit Temple Lounge. Having heard rave reviews about the place when it first opened, I had no objections to visiting.

There is limited parking but on a weekend you’re bound to find some. It’s also pretty accessible by the Tube and DLR. It’s located along the Thames, far enough from the hustle and bustle of white collars but close enough to appreciate the atmosphere of being riverside.

The restaurant has a walkway down the centre and on either side there are two jumbo umbrellas that enclose the restaurant/cafe/shisha bar.

Upon our arrival we were immediately told that it was a minimum of £10 per spend per person and it was one shisha between three, so assuming we did want to smoke, we would have to buy two, as there was four of us. I found this extremely rude as he had no idea what we were going to order and it was quite rude to be told what the minimum spend was. Nonetheless we shuffled our way through the messy layout to seat ourselves.

There was a long wait from when we ordered to when our food did arrive – lucky we had a lot to talk about! My friends opted for shawarma wraps whilst I decided on a falafel wrap in a bid to be slightly healthy. babysteps!

My wrap was pretty bland and extremely dry. In fact it was so dry that the falafel was crumbling to pieces before it even got anywhere near my mouth. My friends weren’t too impressed with their chicken either. I was craving a mojito and I asked the waiter very nicely if he could make the still lemon and mint drink into a sparkling one aka a mojito, his answer was a point blank no.

Overall the service was slow and the waiters were rude and abrupt, least of all accommodating. The food was average at best. I’m not so sure I’d recommend this place to you all but if you do go then have low expectations!

Have you ever been? How was your experience?