This weekend I went to watch the world renown Cirque du Soleil – Quidam, at the Royal Albert Hall. A part of me wants to end this review right here and say all I really have to say is, go and watch it, it’s awesome!

Appealing to both young and old alike, the show is filled with extremely talented artists acting out the fantastical journey in the imagination of Alessandra Gonzalez. Yes, I only actually found this out after I watched the show but it’s interesting to know. Clearly, at the time of watching, the storyline was slightly lost on me but by no means does that take away from that the fact that Quidam is a spectacular show. 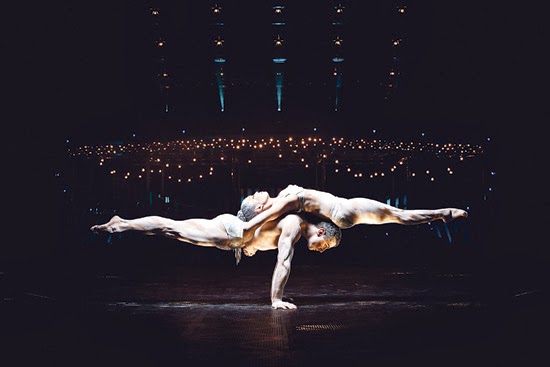 In hindsight, I can now see that the acts were loosely linked together through exploring the world of childhood play. Recurring childs play objects such has skipping ropes, balloons and swings appeared in nearly all the acts whilst other scenes hint at more adult concerns. In one, a contortionist in a nude body suit hangs high above the stage from a length of crimson silk, which mimics the color of the mother’s dress, and contorts her body in and around the material at dizzying heights. In another, a semi-clad man and woman move in dreamy and hypnotic languor through a series of acrobatic moves in which they lean on and support each other. Words really do it no justice. 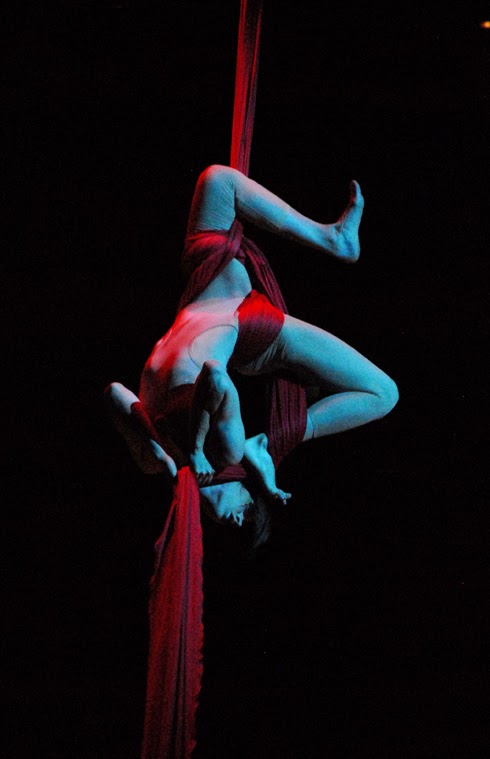 As with all good shows, there was also some audience participation. I usually cringe at these as it never quite goes to plan, luckily this was a circus act and any mishaps were easily laughed off.

My favourite act of the entire show was ‘Banquine’, a group of men and women propelling each other through air and landing on each other with the grace of ballet dancers. Once again there are no words that will do these extremely talented artists any justice.

It took me a while to realise that the music was all being played live and someone was singing throughout because it was that good. I do think they should’ve been clearly visible on the stage rather than hidden away at the back. 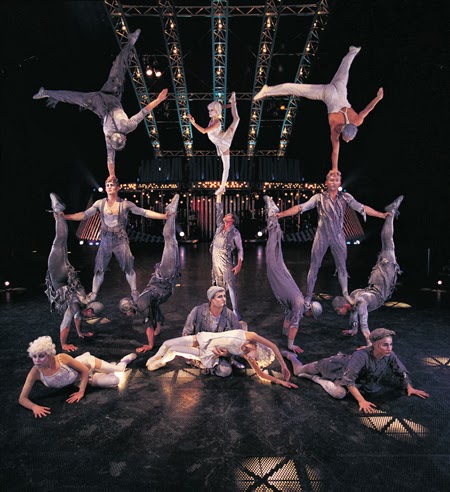 They say time flies when you’re having fun and the two and a half hour show went extremely quickly. It’s a definite must-experience show, which may probably leave you feeling either reminiscent of your childhood….or the need to go to the local gym…don’t worry that feeling will quickly pass!