This weekend it was my dearest Mummy’s 60th Birthday! As always one of the first things I wanted to sort out was flowers and as usual I had the same old problem of major flower retailers…yes interflora i’m talking about you…not wanting to deliver on Sundays (at short notice).

I must admit, it was partly my fault as I did leave it til the very last minute; Still, I was adamant that Madre would have flowers for her birthday. So, after a quick google search I came across a London based company that did Sunday delivery, called Flower Station.

The ordering process was fairly simple and took less than two minutes. Picking the flowers however did take me a while.

I have to say, the pictures on their website aren’t the best, so it took me a really long time to decide which bunch I would go for. so that, along with my indecisive nature, meant that I ended up staring at my screen for about an hour longer than I needed to! In the end I opted for an orange and pink mix of Gerbera’s (My favourite) and Roses (The mother’s favourite).

Flower station are based in London and do Sunday delivery at no extra charge. How good is that! I picked ‘any time’ delivery as I knew we would be home and they arrived during the afternoon. In all honesty, I had completely forgotten about them and when they arrived I was just as surprised; more so because they were so pretty! 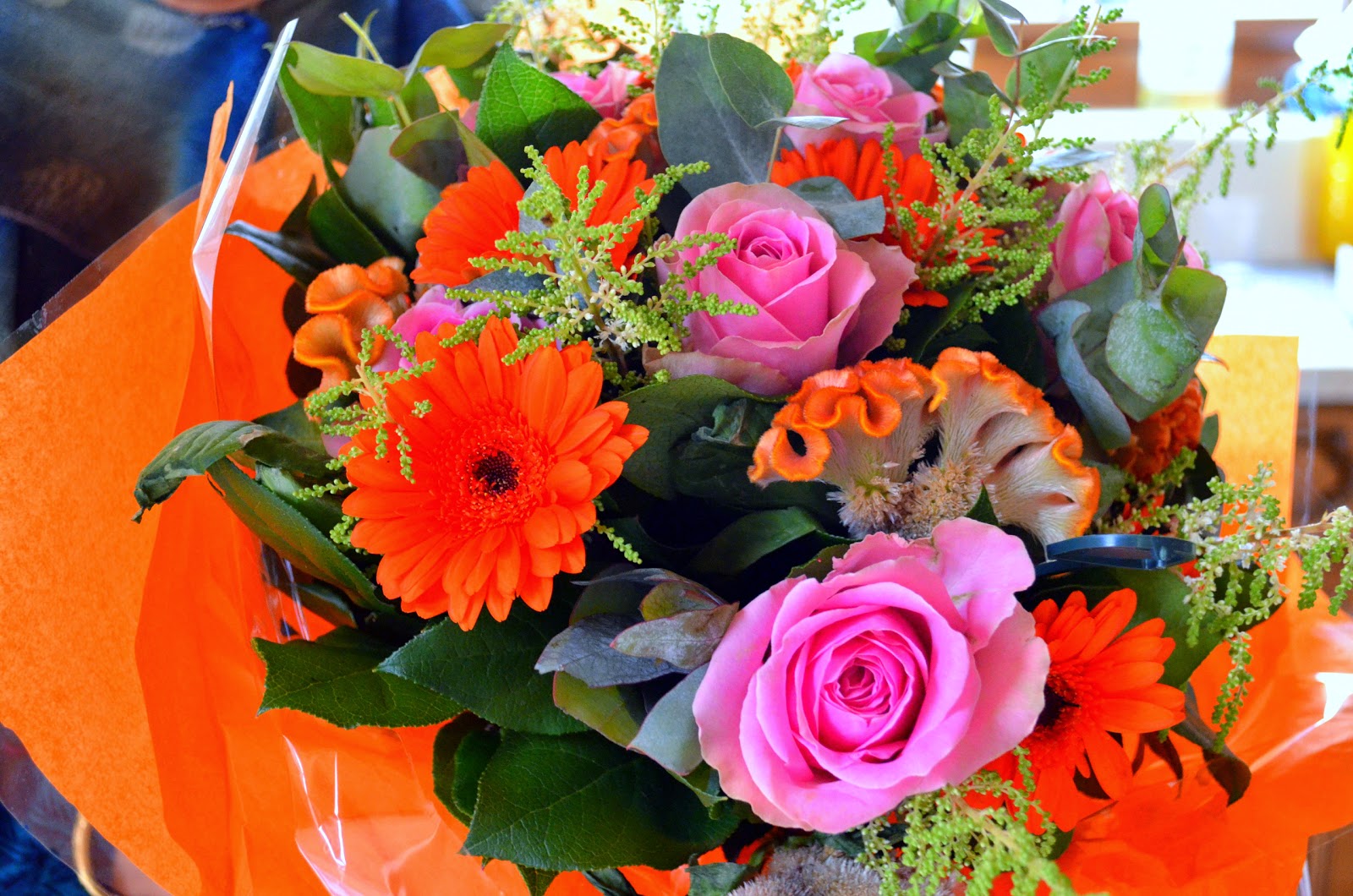 The arrangement was put together really beautifully and they smelt gorgeous. Both Mother and I loved them and I would recommend Flower station to everyone in the London area, particularly if you’re looking for Sunday delivery at short notice.

Garden Inspiration for this Summer!