Faust’s Potions are handy little “shots” that are designed to restore your body after a heavy night out, help with jetlag and dehydration. So perfect for hangovers too! Thinking about it, they’d work perfectly for workaholics, before your wedding day and of course for discerning travellers too.
The potions are designed to be taken before and after a big day (or night) out, to kick start it with a spring in your step then another one later on to help you get a restorative night sleep. 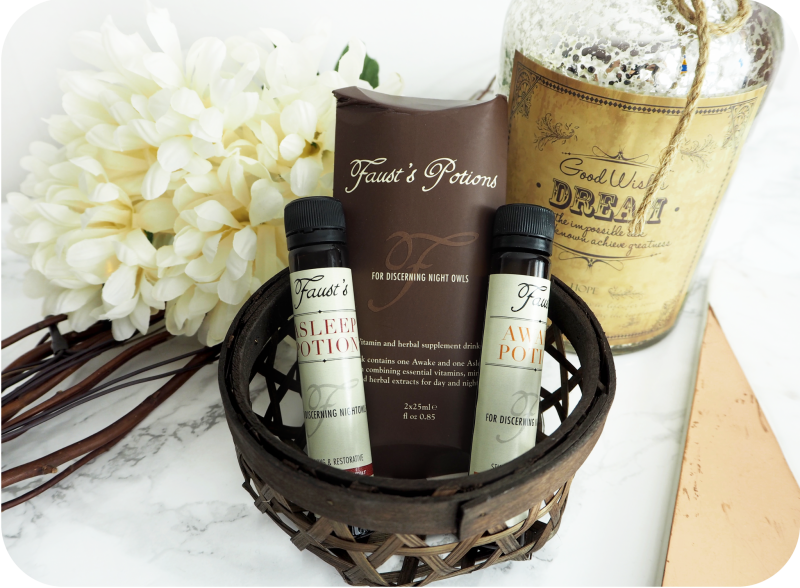 Each “potion” contains a concentrated amount of super ingredients including Green Tea, Ginseng and Guarana. If you’re interested in the technical stuff, they help restore electrolyte balance which can settle upset tummies and relieve headaches due to de-hydration – something I suffer with a lot.

I had a friends wedding where I was going to be playing bridesmaid recently and thought I’d save them up for the occasion. The day finally came and I woke up at 5am having had just 4 hours sleep. Frantically locating the ‘awake’ potion, I broke open the seal feeling a lot like Alice in wonderland. I’m going to be honest here, it both smelt and tasted rank. I had to down it in one go and follow it with a huge glass of water. The after taste lasted for longer than I would have liked but I went with it. I carried on running my errands for the rest of the morning and by about 10am I realised that I was feeling pretty perky. Considering the few hours sleep that I had gotten, I was feeling surprisingly fine. By about 2pm, the tiredness started to creep in and I had to sit down for a little bit.

Later that evening, once my friend’s special day was over, I braced myself before taking the ‘Asleep’ potion. It wasn’t as bad (probably due to the added honey) in taste but it still wasn’t great. I usually have trouble falling asleep regardless of how tired I am but honestly I was out like a light that evening. I don’t know if it’s because of the extremely tiring day I had had or if it was solely down to Faust’s Potion. I did sleep all the way through though which is unusual for me. 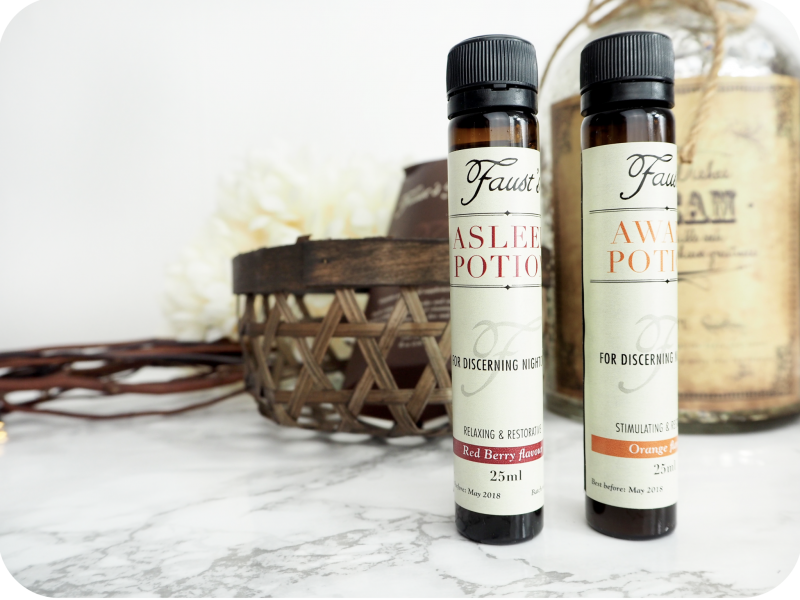 Priced at £5.50, they’re not overly expensive as a one off or occasional thing to drink. If you wanted to drink these regularly then they would get pretty pricey.

Thinking about it, I don’t think I could bring myself to take the ‘Awake’ potion unless I really really had to. I was sent one of each by Faust’s to try and based on my experience I would say it does exactly what it’s supposed to. I am intrigued to give it another go and most probably would purchase more if there was another significant event coming up where I knew I wouldn’t get much sleep. I also think it would make a lovely, quirky present for a bride to be.

If you want to try them out for yourself you have peruse the website and purchase them here.