Faith in Fashion: Is it Blasphemy?

For a long time now, fashion has been pushing it’s boundaries. There have been some questionable choices of things that come hurtling down the runway and even stranger ‘street style’ trends. Still, there’s one “trend” that comes up time and time again despite the raised eyebrows – using religious (and cultural) symbols in fashion. The wearing of  crosses, rosaries, Buddhas, evil eye protectors and even turbans, have been become popularised over time.

Fashion is about expressing yourself and for some, wearing a symbol may be a form of expression.
At the other end of the spectrum however, some people can be deeply offended and claim that the blase nature around the wearing of something so sacred and being so closely linked to religion is blasphemous. 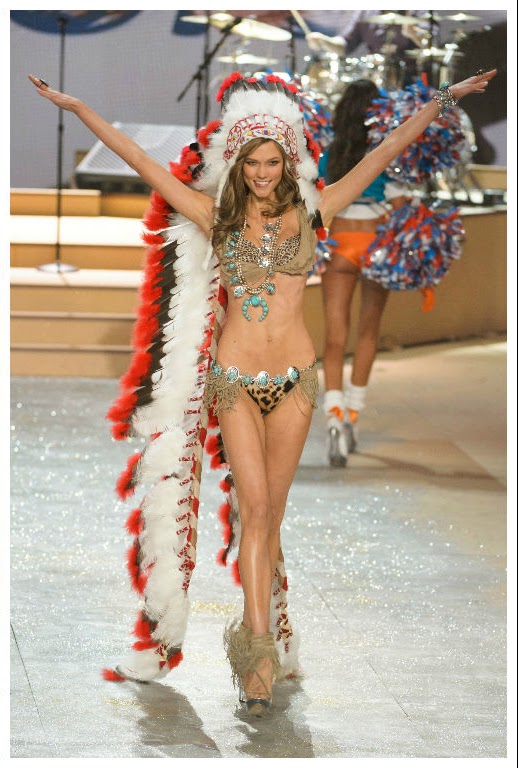 It was announced last month that the Native-American Style Indian Headdress will not be available for sale at the 2015 Glastonbury Festival. Indian headdresses, often accessorised with fluoro warpaint, have been a staple in festival fashion and after a petition set up by Danial Round on change.org, a lot more people have stopped to think about the fact that these aren’t just funky headdresses. They’re something earned by chiefs and only worn on special occasions, making them incredibly sacred. Making them part of a costume can seem insensitive to the tribal practices.

Still, with all that said I think, more often than not, we make purchases from high street stores without even knowing what a symbol means; but is that ignorance on our part or  should we actually take them as they are intended – just designs.


What about wearing symbols from cultures and religions that we don’t associate ourselves with?
Cultural appropriation is the use of cultural elements by those who don’t identify with said culture. It is the general consensus that the lines are constantly blurred between what is acceptable and respectful and what is not.

Having thought about this subject long and hard and having done quite a bit of reading into it, my opinion is this: no matter how much you like the look of something, whether it be the design or the colours us, if it clear that the said item is a form of religious symbolism then the spiritual, cultural and aesthetic significance cannot be separated from it. Therefore if I don’t identify with the culture or religion, I am on some level being disrespectful; whether it is to the religion itself or the people that feel strongly about their culture/religion.

Do you wear religious symbols for the sake of fashion? What is your take on it?