Since the demise of Brioche Burger on Green St, there had been great anticipation for something to fill the juicy burger shaped hole in my heart. When I saw the sign for Allstars Gourmet go up, I knew straight away this was going to be something special. It was going to be the second diner-style restaurant opening up and since the first one wasn’t great, I had high hopes for this one. When they finally opened up their doors, I had to go and give it a go.

By now, I’ve appointed myself somewhat of a burger connoisseur. I’ve learnt the difference between burger buns, I know my salad from relish and the perfect way a burger should be cooked (medium rare in case you’re wondering), so I went in ready to be seriously critical. 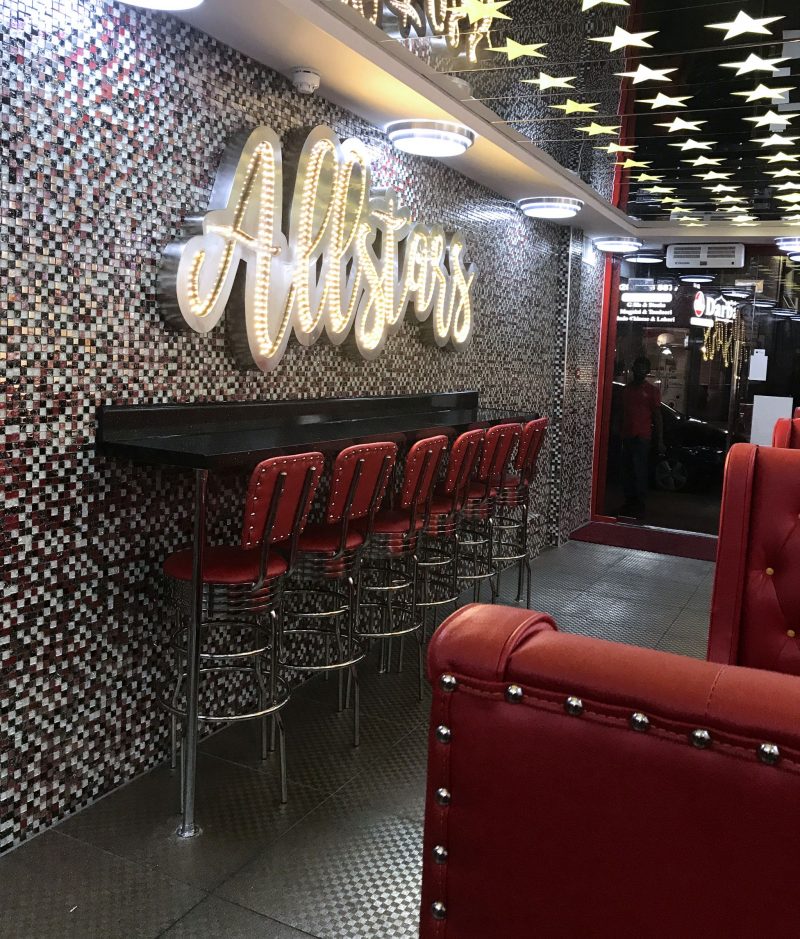 Let’s start with the decor though, if I’m honest it looks impeccable. Especially since I’ve seen what the old restaurant looked like and how it’s been transformed, I really they’ve done a brilliant job. The narrow shop has been well utilised and there’s a decent amount of seats, including a huge table which seated 11 of us. We were seated straight away and I liked that we were made to feel welcome immediately.

One thing I’m noticing more and more is that smaller burger joints are really upping their game when it comes to customer service and Allstars doesn’t disappoint. I’ve been in a few times now and the friendly vibe keeps me going back.

Looking at their menu, I have to say I was a little bit confused. I’m gonna be super critical here and say that the layout of the menu is seriously tough on the eyes. It took me a while to figure out what was what but I got there in the end. They’ve kept their menu simple with just 3-4 burgers of each kind but even still there is quite a bit of variety. Plus they do hotdogs!! Serious shortage of halal hotdogs available out there!

I was so tempted to try the ‘Krispy Kreme Burger’ which I initially thought was a patty sandwiched in between two classic Krispy Kreme doughnuts, but I might be wrong. I’m still none the wiser because I didn’t order it but I can tell you I was very tempted. I mean how can two of my favourite things not be great together? Either way, I chickened out (no pun intended!) and instead went for the safe option – The BBQ Showstopper. 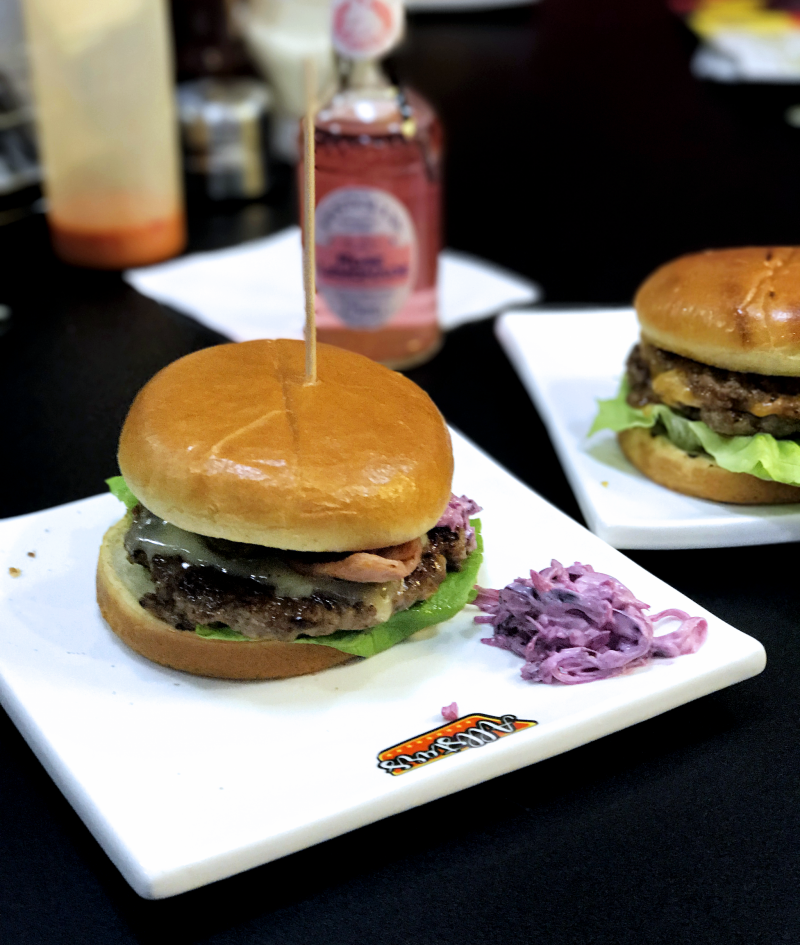 I’m going to cut to the chase and let you know that the burgers tasted amazing. They’re different in terms of flavour (and concept) to any other burger place that I’ve tried and they were honestly really well seasoned. Top marks from me! Plus all the meat is HMC halal certified.

Now the real reason I’ve been reluctant to write this review is because of the pictures. I’ve been waiting to take photos of the burgers which look just as amazing as the burgers taste, but I haven’t yet been successful. So if you’re slightly unsure by my terrible images, do not judge a burger by it’s cover because let me tell you these burgers are something special.

If there’s one other thing I would definitely recommend to you it has to be the Rosemary & Thyme homemade chips. They’re slightly deceiving in that they look like wedges but they taste so so good. My mouth is watering as I’m typing this!

The one thing I would tell you to stay well away from is the mocktails. They’re bottled drinks and not made on site so in all honestly they taste really artificial. My Nojito was a definite no-no for me.

Will I be visiting again? Yes! I’ve been a handful of times already and even taken food away for collection. Would I recommend that you go? Most definitely.

**edit: I’ve been back and tried the Allstars Chilli Dog and once again they surpassed my expectations. Loved it!