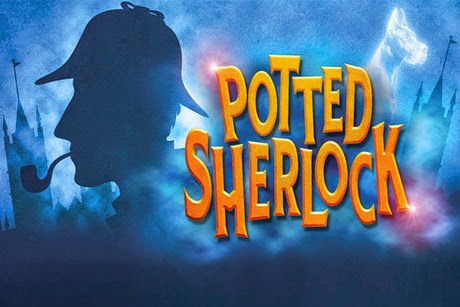 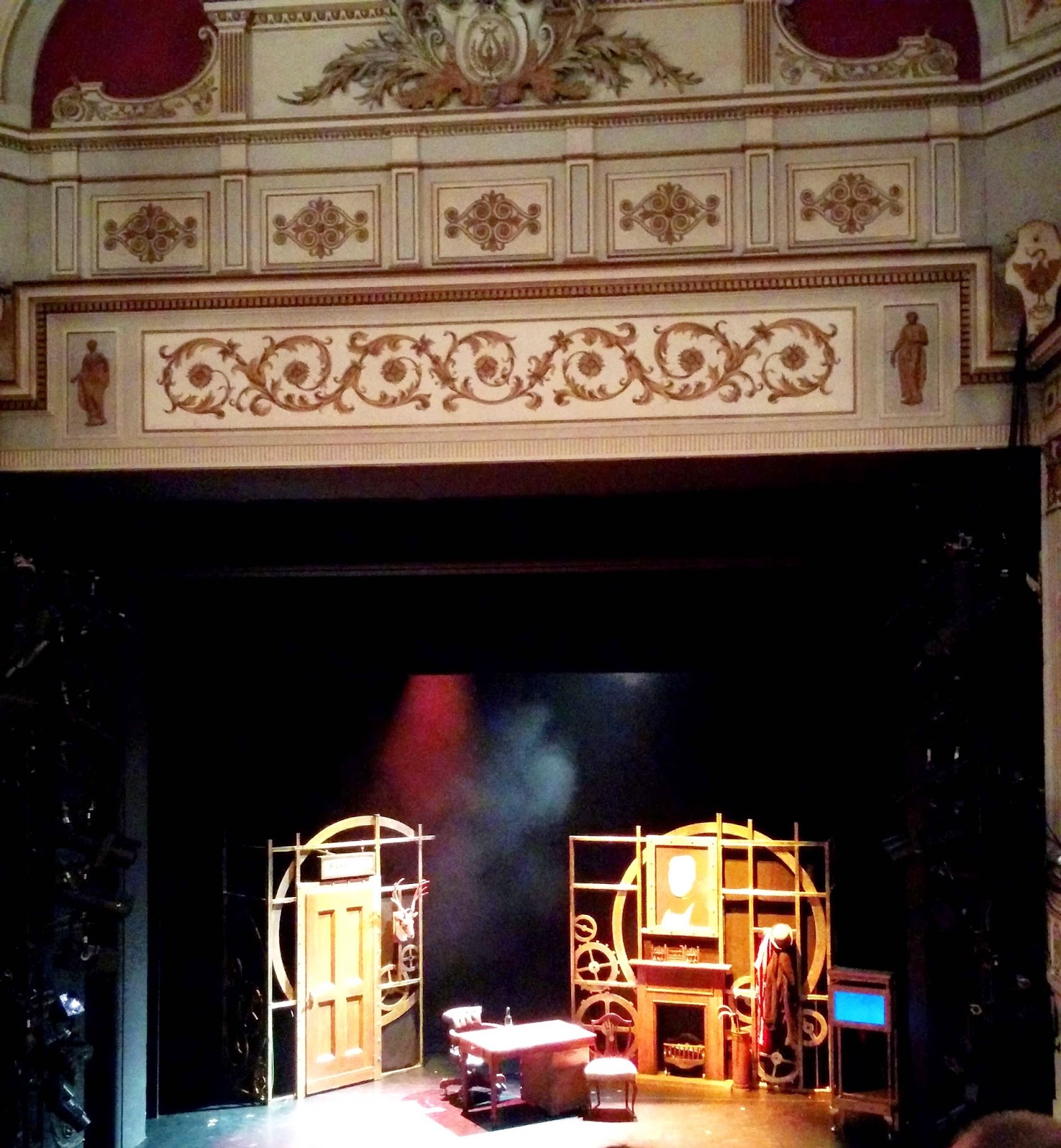 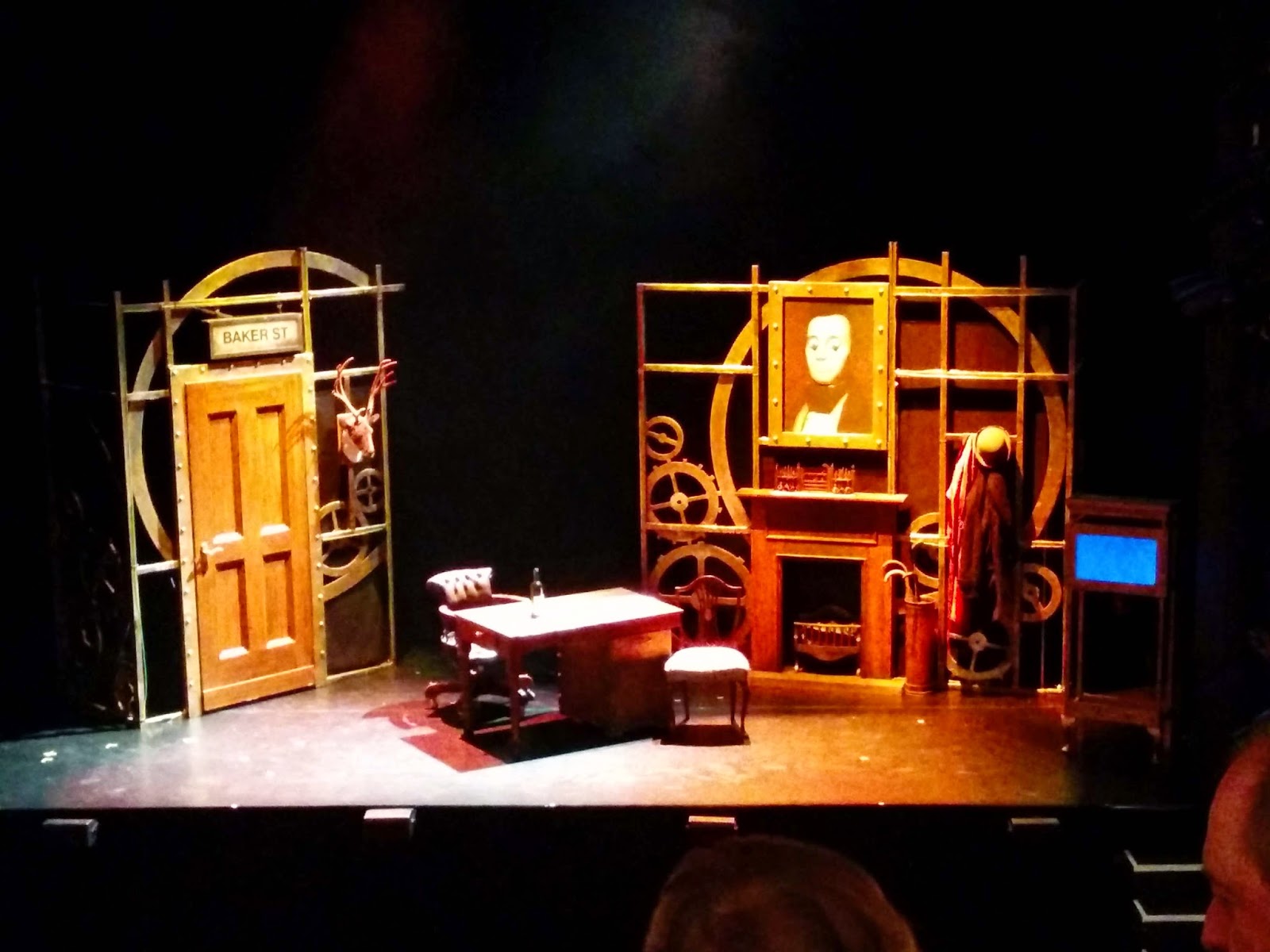 This weekend I got to see the highly anticipated west end show Potted Sherlock. I had heard so much about their Potted Potter that I was really looking forward to it. Potted Sherlock boasts to solve the cases of “all 60 Sherlock Holmes Stories In Just 80 Elementary Minutes.”

The double act creators and performers Dan Clarkson and Jeff Turner are true entertainers, they owned the stage the moment they stepped on to it and it was apparent that they were born to be centre stage. For this show the duo is joined by Lizzie Wort, who adds an interesting element to their performance. I’m not sure she betters it in any way to be honest and call me fastidious if you wish but the fact that she wore jogging bottoms whilst the other two wore trousers bugged me throughout.

Vauderville theatre is a lovely theatre but small. Very small. I don’t have very long legs and found that in the dress circle (premium tickets) there was barely enough room to be seated. For someone who was taller or larger, the seats would have been impossible to sit in.

As much as I enjoyed the show, I did find that there were a few other things besides the joggers that I wasn’t overly impressed with. As admitted by themselves in the opening sequence of the show, I felt that they took too much on. The problem with condensing all 60 stories is that you’re not actually telling a story. They just gave away the twists to all of Arthur Conan Doyle’s books. So if you’ve not read them all, well you don’t need to any more, since it’s not much of a mystery for you anymore!

The cramming of 60 plotlines in 8 minutes also meant that they spoke ridiculously fast and I often found it difficult to keep up with what they were saying. Perhaps the show summary should have read “60 spoilers in 80 minutes” rather than “solving 60 cases”.

Nonetheless, the above cannot take away from the fact that they are true performers and it shone through more so when they were improvising. particularly from unscripted mishaps.

The show was superbly silly and kept the audience laughing throughout; would I go to see the show again? Probably not. 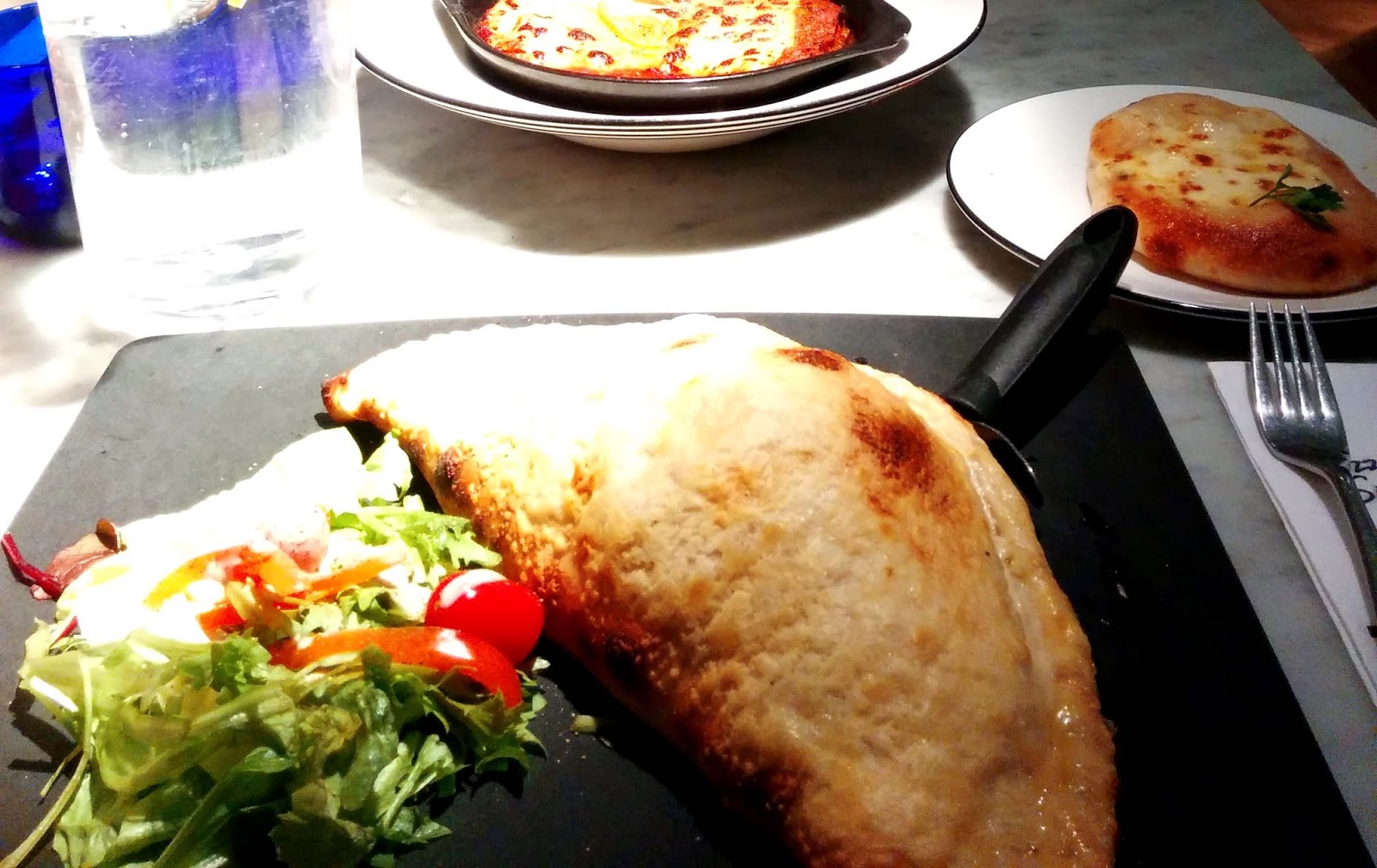 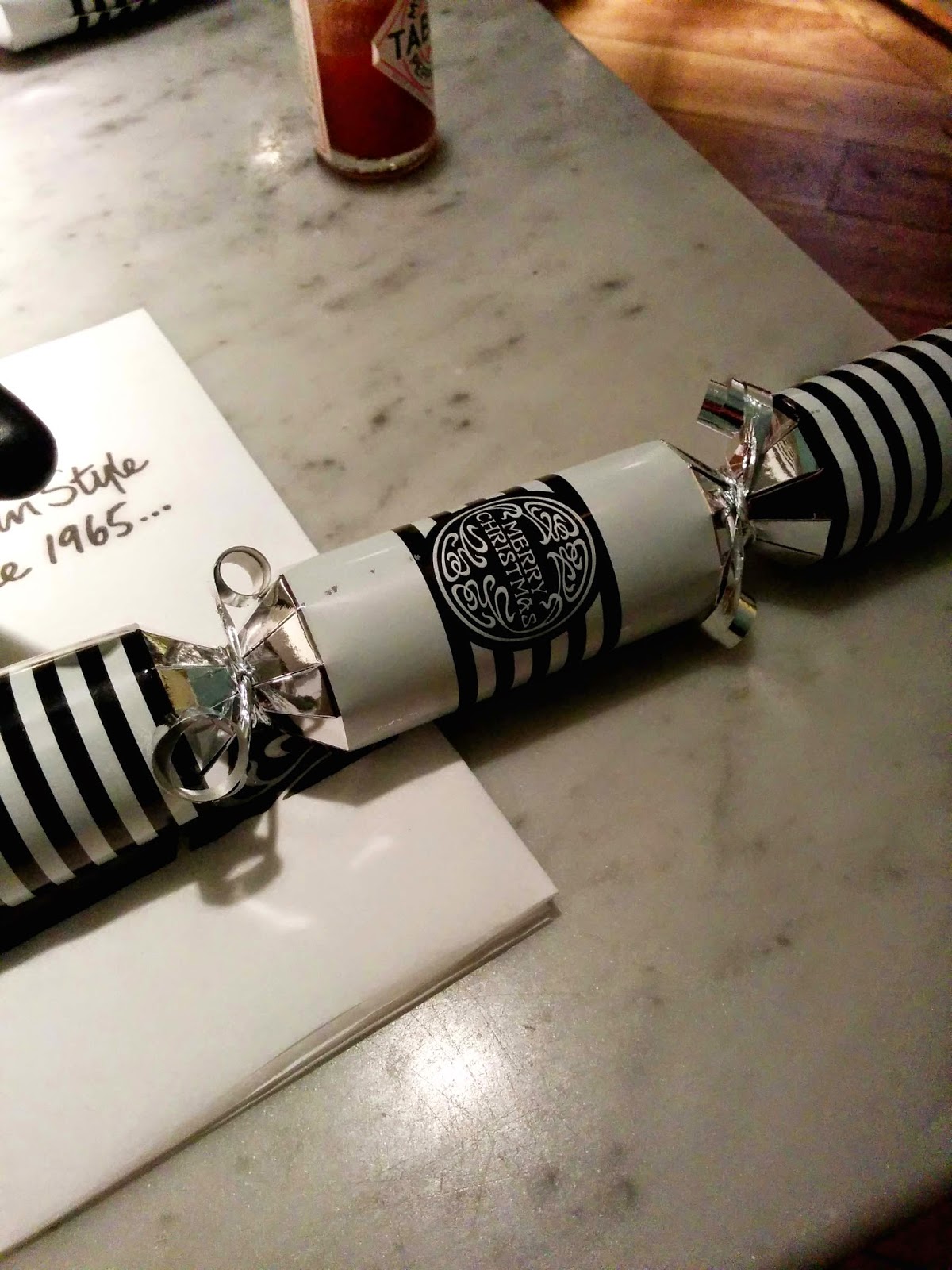 We finished the day off with my favourite Calzone (filled with goats cheese) for an early dinner. They’re also doing this cute little crackers where you also get the chance to win a bottle of limoncello. After trying our luck with more crackers than we were meant to, we didn’t win sadly 🙁
However the lovely family next to us must’ve seen our attempts and gave us their winnings! Pity I can’t actually drink/use it. Anyone want a bottle?

Potted Sherlock runs at the Vaudeville Theatre until 11 January 2015

Masaba Gupta: Why I want her to…

Binge-worthy TV Shows That You Need To…

One response to “Potted Sherlock Review”