Library and Museum of Freemasonry

As usual i’m a little late posting this up, but I’m really excited to share this with you because last week I visited the Library and Museum of Freemasonry in Covent Garden. This is an absolute hidden gem in the hustle and bustle of central London. So what exactly is this building? Well, according to their website:

“Freemasons’ Hall has been the centre of English freemasonry for 230 years. It is the headquarters of the United Grand Lodge of England, the oldest Grand Lodge in the world, and also the meeting place for over 1000 Masonic lodges.” 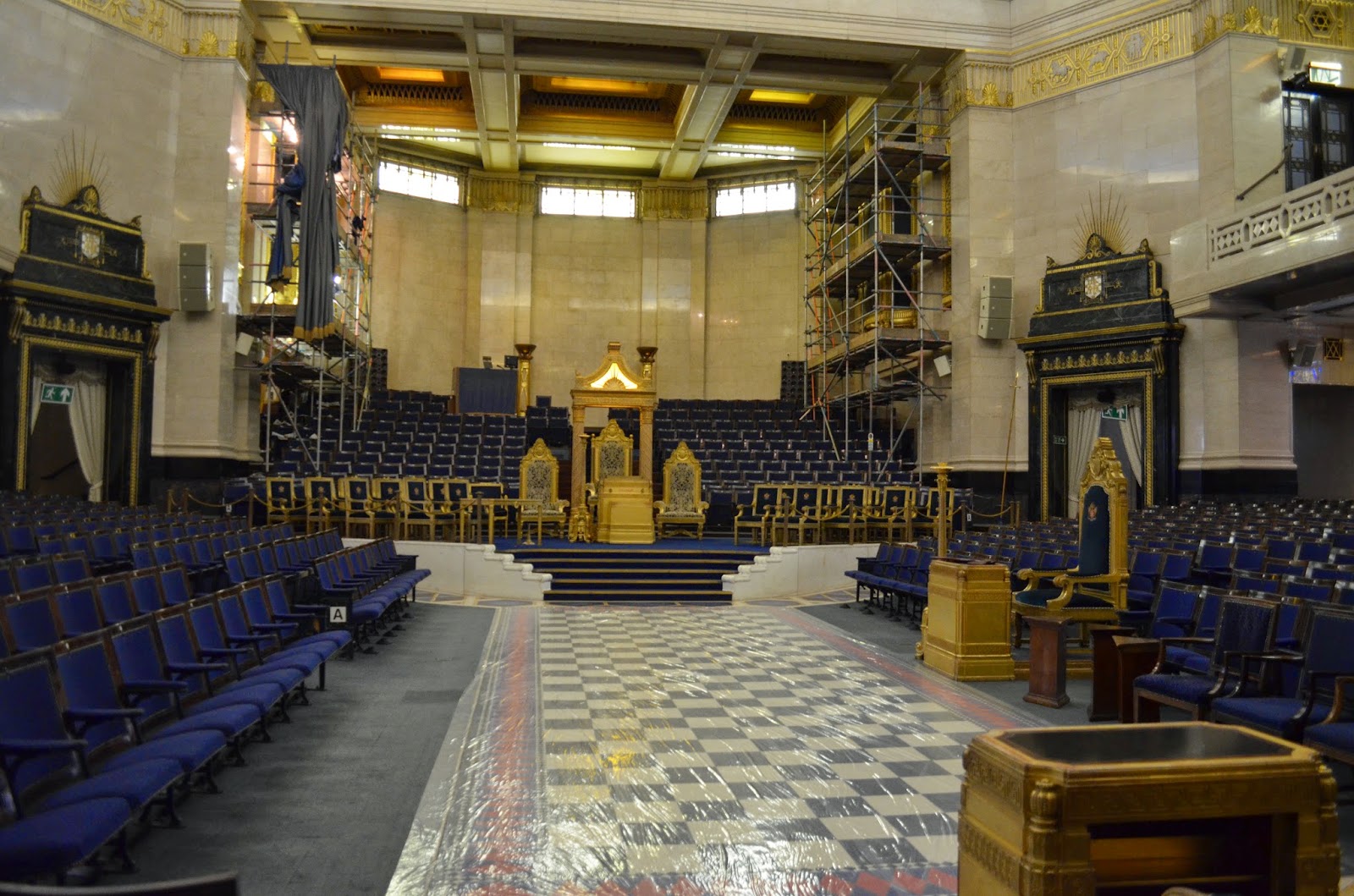 Since we’re surrounded by Masonic symbolism in all aspects of our lives, from TV to the money that we use every single day, not to mention the endless conspiracy theories that are rife among us all, I thought it would be good to find out for myself what all the fuss was about.

Contrary to a lot of the conspiracy theories you might associate with them, Freemasonry as I was told by our lovely tour guide is one of the world’s oldest and largest non-religious, non-political organisations. As I understood it, it was almost a social club for men, who

Usually they don’t allow visitors to take pictures however we were privileged enough to be allowed and looking back at the pictures makes me so glad because there’s no way of describing the interior other than beautiful. My absolute highlight of the day was visiting the Grand Lodge, and let me tell you boy does it live up to it’s name of being Grand. The decor is breathtaking.

The Grand Lodge is said to be the oldest lodge in the world and dates back to the 1700’s. It sits in the very centre of the building and the other lodges surround it. The tour guide joked that it’s so far inthe middle no one can your screams from the outside.Cue nervous laughter!

It was fascinating to learn that the bronze doors pictured below weight 3 tonnes in total and are detailed with figures that detail the story of King Solomon’s temple. King Solomon’s temple is not only supposed to illustrate the ‘greater temple’ but also the ‘inner temple’. and this story is often re-enacted in a Freemason’s initiation ceremony. I also learnt that the free mason’s were big on role play. 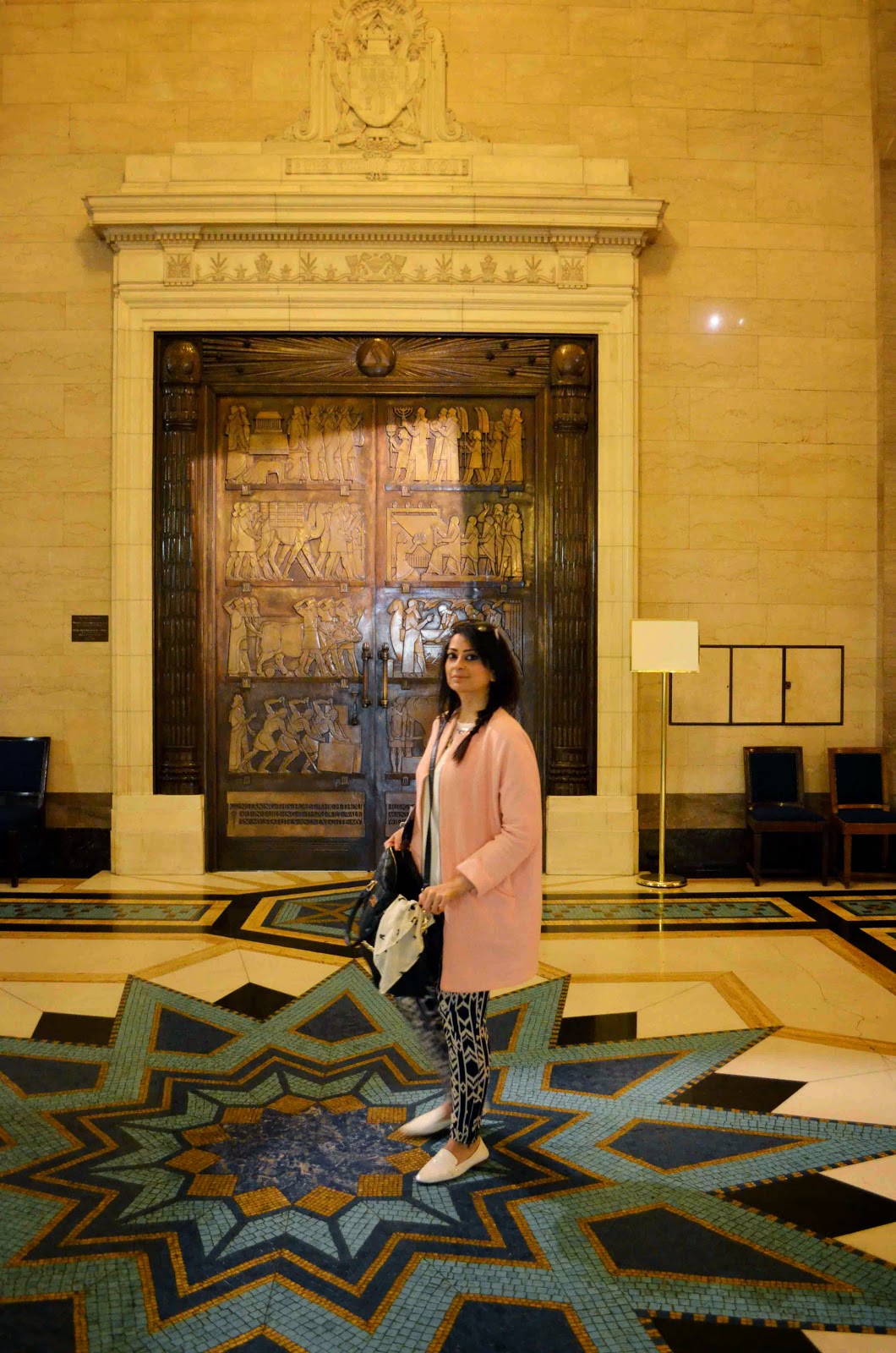 Above is a peace memorial dedicated to the 3225 Freemasons that died during World War I. The shrine is pretty spectacular and the stained glass windows are stunning. The ‘shrine’ reminds me slightly of a foosball table and as you turn the figures, a scroll with all the thousands of names are written with their lodge names.

There are lodges in every major country in the world but not all of them look like this. To compare, we were also allowed to go and visit a smaller lodge. It definitely was much smaller but still very interesting. The room looked more like a normal meeting room with lots of paintings ofimportant looking men and interesting objects in them such a a very large set of scales.

The guide did however make it clear that Justin Bieber was not a freemason lol…just thought I would share that and clear that up!

Although the tour was very informative and the tour guide was great at answering any questions we had, when a friend later asked me about what I had learnt, I realised – not much! Then again, secret societies can’t be giving away all their secrets or they wouldn’t be secret societies! Nonetheless if you live in London, it’s definitely worth a visit.