Nobody ever forgets their first time. It’s magical and leaves you wanting so much more that you promise yourself you’ll come back and do it all over again. I am of course talking about Cirque du Soleil. To call it a circus act is doing it an injustice, the acts within the show are just pure works of art. The global phenomenon comes to London every year between January and March and this year I was lucky enough to go again. 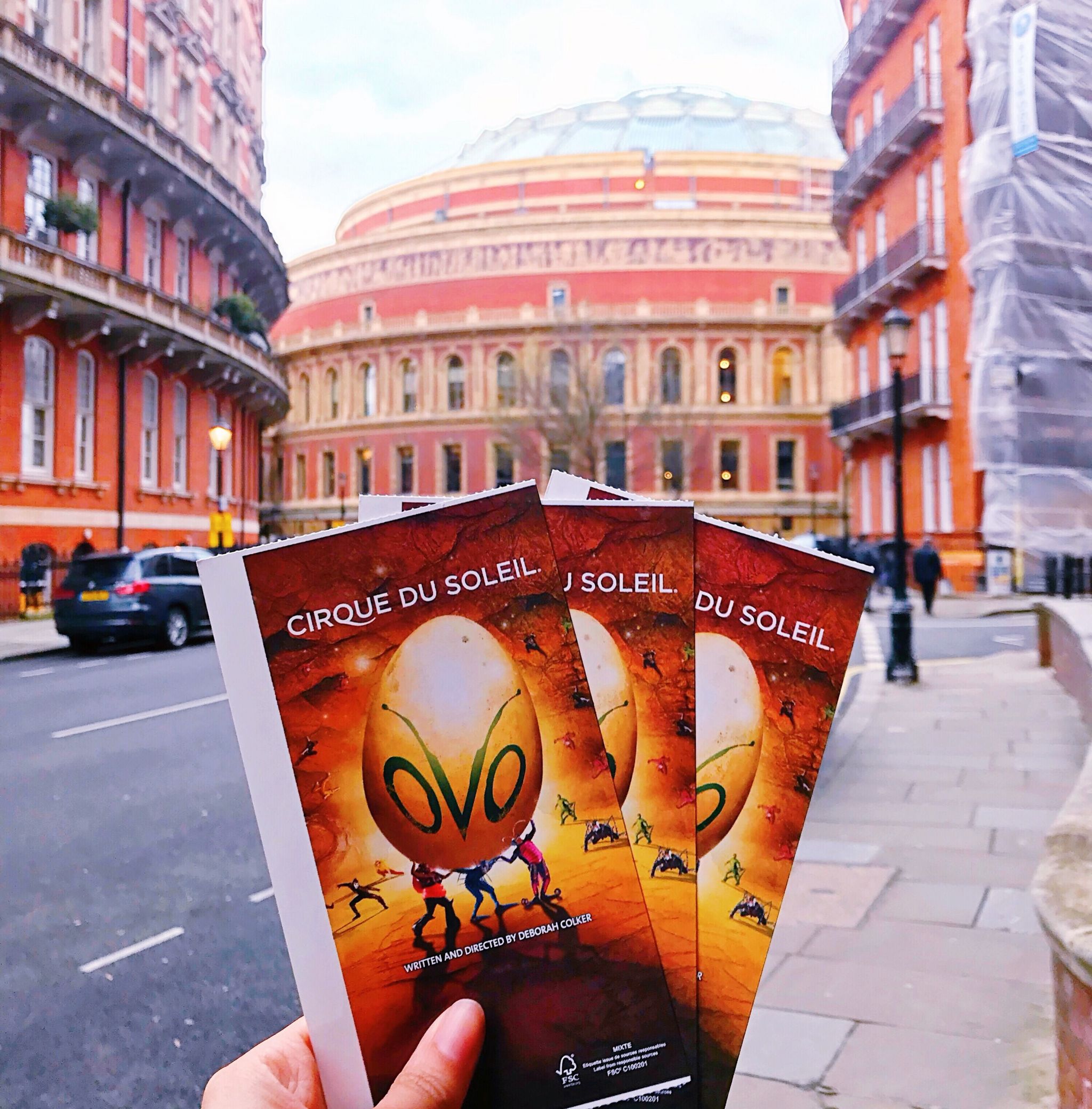 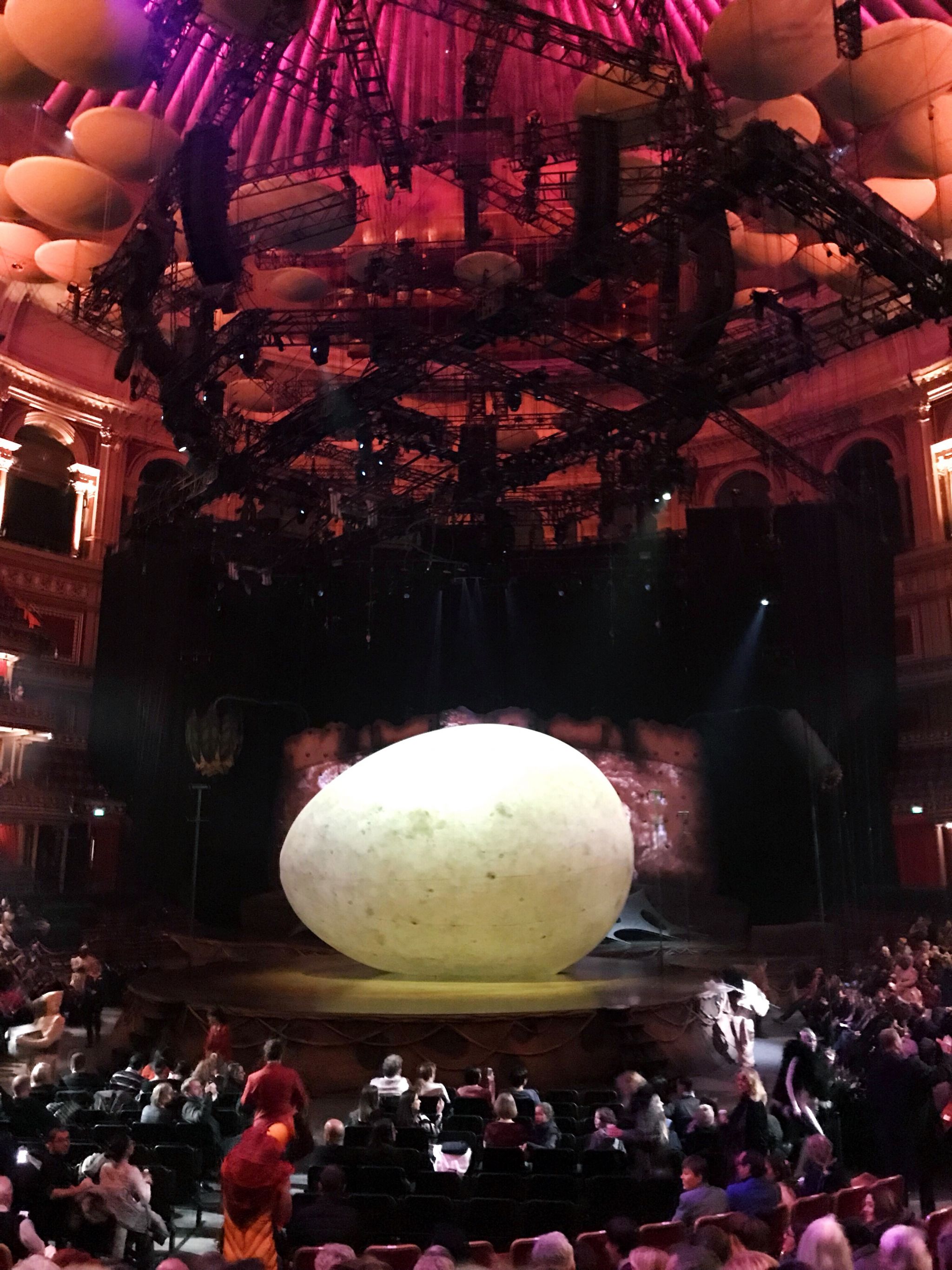 This year, OVO (portugese for egg) has finally made it’s way to Britain, after performances originally starting in 2009. Acrobats portraying bugs, cockroaches, fleas, crickets, ants and butterflies all buzz about the Royal Albert Hall performing awe-inspiring acts with the main storyline following a flamboyant bluebottle (who brings an egg into their happy insect community) trying to woo a ladybird. It’s a cute storyline that doesn’t go on for too long but is weaved in between acts just enough to pull the whole show together. Even the part where they bring on an audience member works well with the storyline. I have to say that I love how no words are used or needed for everyone to understand what’s going on, literally anyone and everyone can enjoy what’s going on.

The cast of OVO is comprised of 50 performing artists from 12 countries including Britain! British gymnast Alanna Baker (European Champion in 2011) playing one of the spiders who can contort her body so that the back of her pelvis meets the top of the spine while balancing upside down on her front teeth. It’s giving me goosebumps just thinking about it! For me, the highlight of the show had to be the act where they literally throw acrobats around, it made my stomach churn but it’s SO fascinating to watch. I loved the red ants at the beginning of the show too. 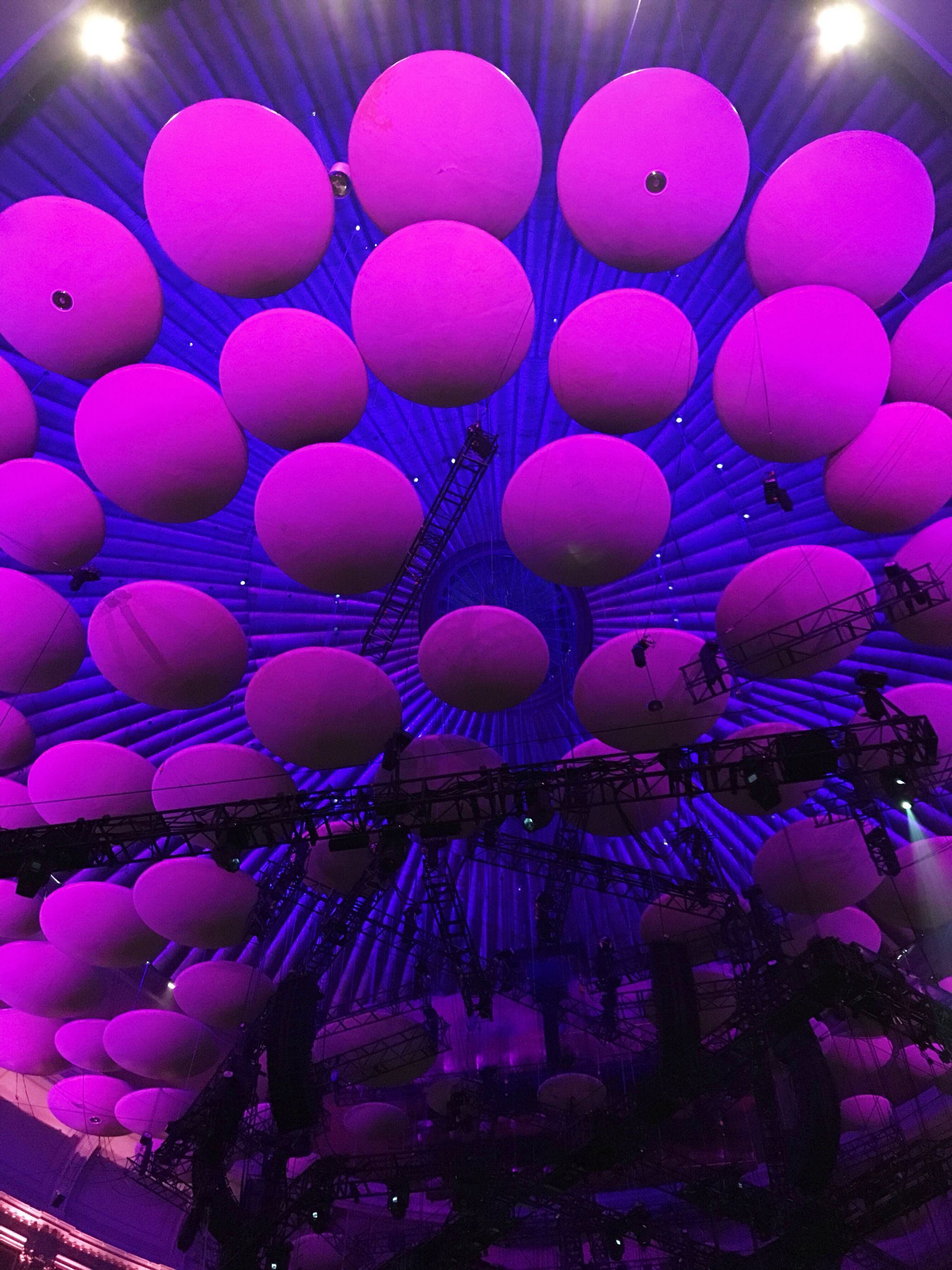 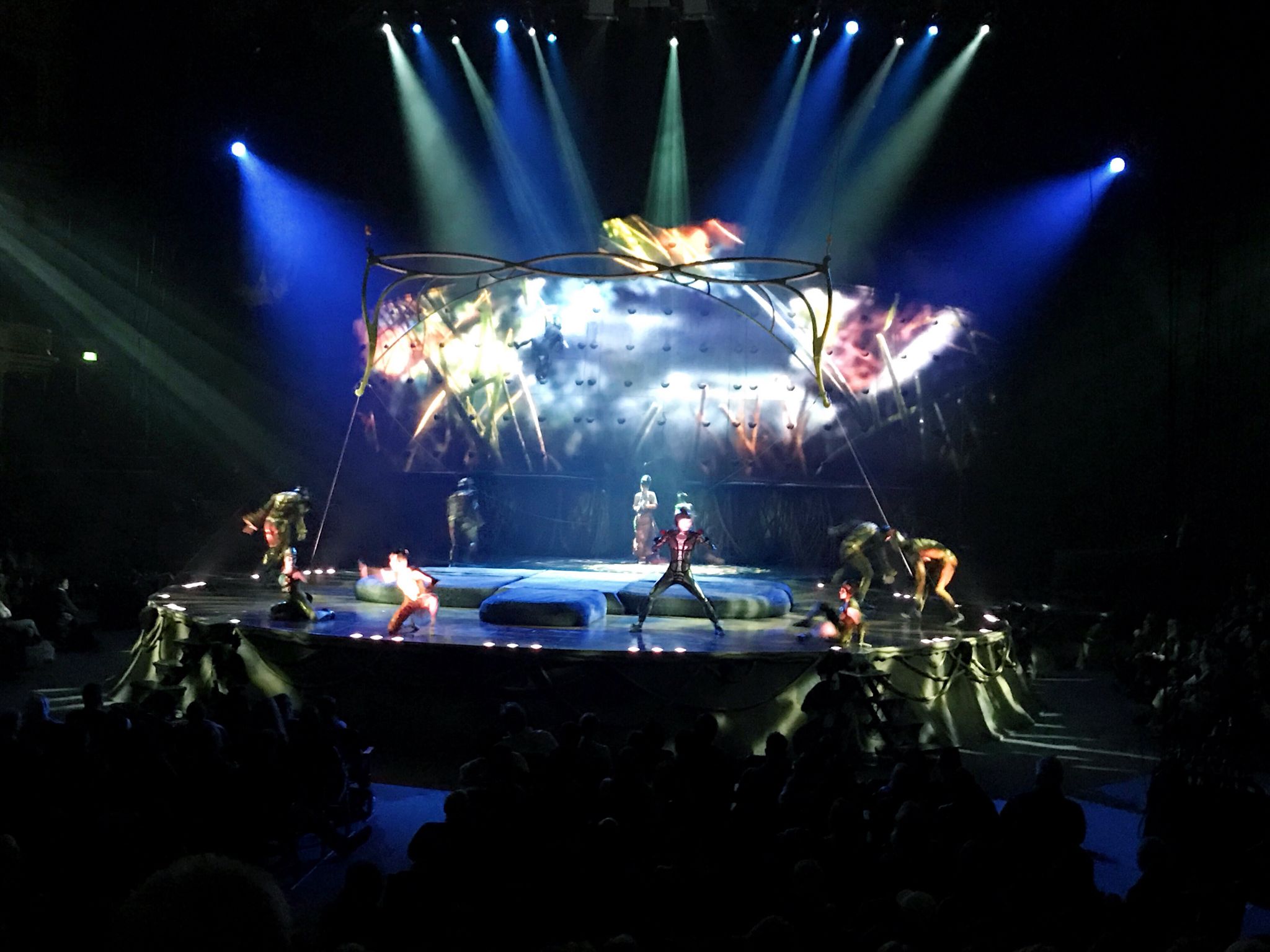 If I’m going to be 100% honest, although the acts were all without a doubt amazing, the whole show just felt a little bit…safe. The act where they throwing acrobats around (lol I’m not quite sure what the technical name for it is) had a huge visible safety net right under them so I guess it felt less….daring?

Still, I don’t want to take away from the talent and the show most definitely has elements  that will make you sit up in your seat like you’re 10 years old again whilst proclaiming “OMG did you see that??”

The tickets as always are pricey but you can get good last minute deals if you keep an eye out. The Royal Albert hall is brilliant too because no matter where you sit you’ll have a great view so don’t get too caught up in the seating plan. 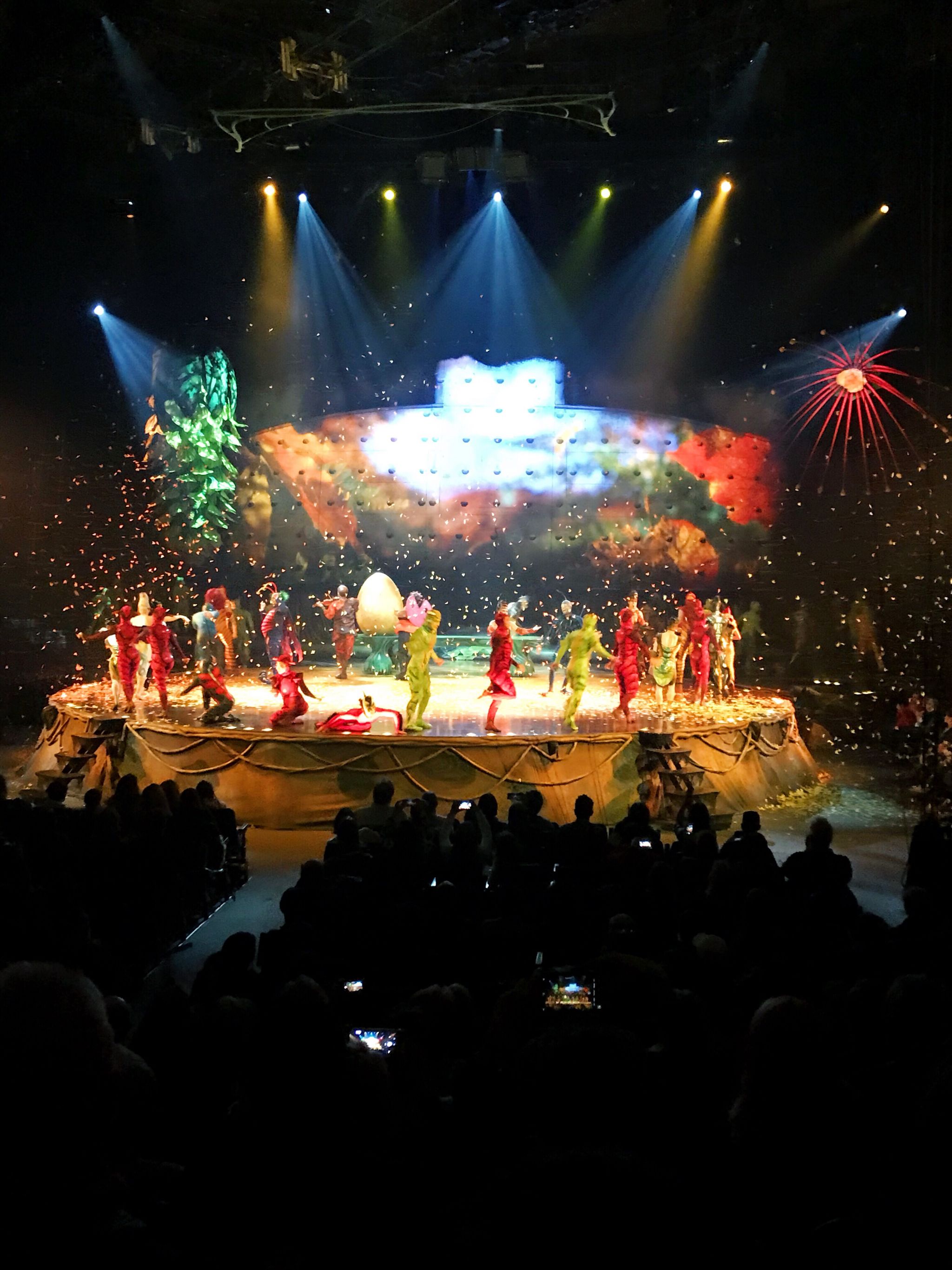 Cirque du Soleil now encourages the audience to film the acts (but with no flash photography), which really surprised me. Honestly, I wish more theatres and performance acts got on board with this.It’s SO good for their own promotion, especially with the ability to geotag using Instagram.

All in all, a must see! Book your tickets for OVO here.