Top 5 Beauty products you need whilst on Roaccutane

I was on Roaccutane last year for about 5-6 months. Going on it wasn’t an easy decision to make and I had read endless horror stories on the internet about the side effects but after suffering for nearly 10 years with acne, I was willing to take my chances. In hindsight, I wish more people had written more positive accounts and helpful posts rather than warnings and complaints. If you have any questons regarding Roaccutane, get in touch and I’d be happy to answer any questions. 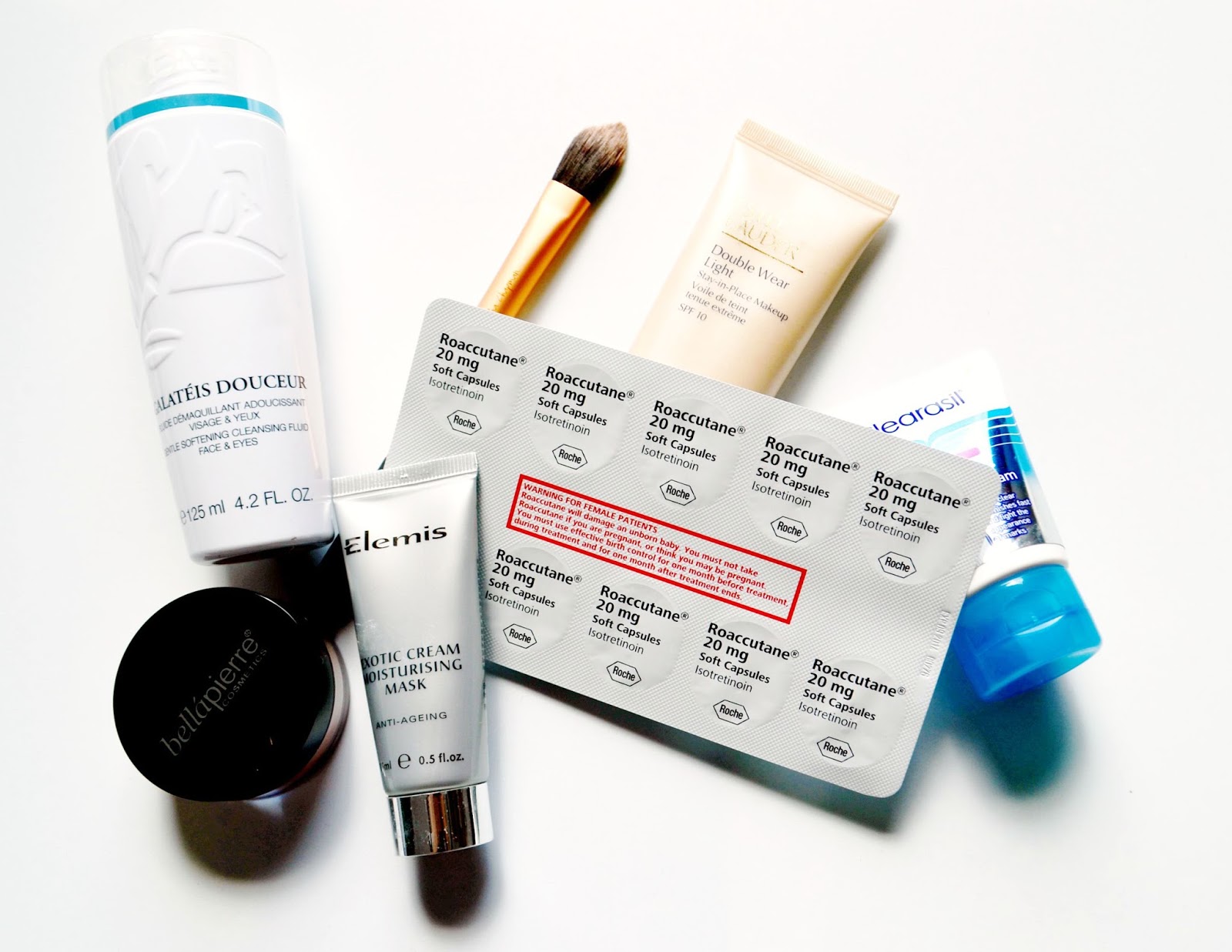 When it was offered to me, I didn’t know anyone else who had been on the medication and I wasn’t sure how my skin would react to it at all. I was told not be mindful of what I used as my skin was going to be A LOT more sensitive and that I should stay away from waxing. This meant, finding all the right skin care to go with it all was trial and error for me. Here are 6 saviours that really helped me through my course on Roaccutane.

1. Blistex Intensive Moisturiser – I used to be the carmex queen. I had one in every bag and tried every ‘flavour’. I would convert anyone and everyone who used anything else to it but once I started taking roaccutane Carmex jsut wasn’t enough. My lips would peel and peel and feel so tight. Sometimes I’d open my mouth to talk and they’d split and bleed. Awful stuff. The only thing I found that helped was Blistex.

2. Lancome Galatéis Douceur Facial Cleanser  – Roaccutane dries out your skin like there is no tomorrow, it’s both stressful and painful. My face was constantly flaky but that didn’t stop me wearing makeup. My only problem was removing it. I couldn’t scrub it off like I used to so instead I opted to spend a little more on a high end cleanser and found it was so gentle on my face and fantastic for removing my makeup.

3. Elemis Exotic Moisturising Mask – As I said, dry, flaky skin is the worst. This Elemis mask was my saviour during the rough days. It moisturises unbelievably well and smells amazing too!

4. Elemis Double Wear Light – It’s a different story now that my skin is relatively clearer but back when my face resembled a well used dart board, I wouldn’t dare go out without makeup. It was full coverage, all day every day. Retrospectively, it porbably wasn’t helping my acne but still, I felt like I needed it. Whilst trying to wean myself off from heavy makeup, I decided to try out Elemis Double wear Light. Light, buildable coverage that gives you a flawless finish.

5. Clearasil Blemish and Marks Treatment Cream – I have always hated Clearasil by default. Growing up with acne, seeing the Clearasil adverts felt like they were directed at me and the paranoid me felt whenever it came on, all eyes were on me. I was advised not to have any cosmetic surgery or do anything about the marks and scars until after a year of being off of Roaccutane. I stopped using all the “treatments” and “cures” that I had a collection of and towards the end of my treatment I used this cream on some of the more angry looking red marks. It worked well and they faded fairly quickly.

Going on Roaccutane is not an option for everyone and is quite an upheaval when it is the route you decide to take. Either way, stay safe and look after your skin you’re in. If you have any Roaccutane experiences, I’d love to hear them 🙂

The Kite Runner at The Playhouse Theatre

The Week Where I Sobbed In A…