Temporary Tattoos I Got Whilst In Turkey

So after a little blogging hiatus, I’m back! I’ve had an amazing 10 days away in Marmaris and boy am I unhappy about being back! Serious case of post holiday blues over here! I didn’t get a chance to take too many OOTD photos like I had planned but something I did want to show you all was something I was really really excited to have done – temporary tattoos!

Due to religious beliefs, real tattoos are a no no for me, and in all honesty I wasn’t really ever a huge fan of them. I’m not sure whether it was just the sunshine or the fact that there is a tattoo parlour on every street that I decided I would try a temporary one out.

I had previously set up a pinterest board with some tattoos that I had loved and seen some beautiful ones on tumblr. After lots of um-ing and ah-ing, I decided to go for one on my collar bone. I wasn’t too keen on getting a tribal pattern done, like the tattooist was suggesting so I decided to get my favourite quote written – Koi No Yokan. 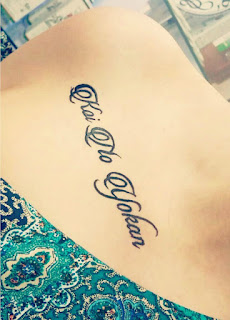 This is a chinese saying which translates to love at first sight. You might think ugh, lame but it’s really not. It’s actually a little deeper than that. It’s the feeling you get when meeting someone for the first time and knowing that they are the one. I’m not sure the skeptic in me believes in love at first sight, but I think it’s a beautiful concept so I had it done. Here is how it looks:

I loved it so much that I was addicted and decided to get two more. I wanted one on my wrist so I opted for eternal love. The last one I got is “seize the day” written in arabic. I think Arabic is such a beautiful language and looks so pretty in written form. 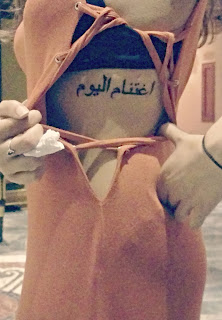 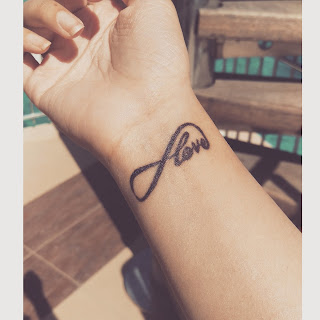 Ideally I would’ve gotten it on my side boob but it would’ve been covered so I opted for the side of my ribs instead. I absolutely love them and I think I may have to find someone in the UK who can do them for me. I think i’m going to take to pinterest and compile some ideas before my next holiday!

Do you have any tattoos?

Boohoo X Dress Of The Month