I’ll be honest, I wasn’t always a huge fan of Sabyasachi. His work was nice – Classic but nice. In the world of fashion though, there is no room for ‘nice’. As a highly regarded designer, he should be starting trends and getting people excited about Indian fashion but for a while his designed lacked a certain je ne sais qoui. Luckily though, in recent years I think he’s really done Indians proud and after this year’s Lakme Fashion week 2015, he has really pulled it out of the bag. 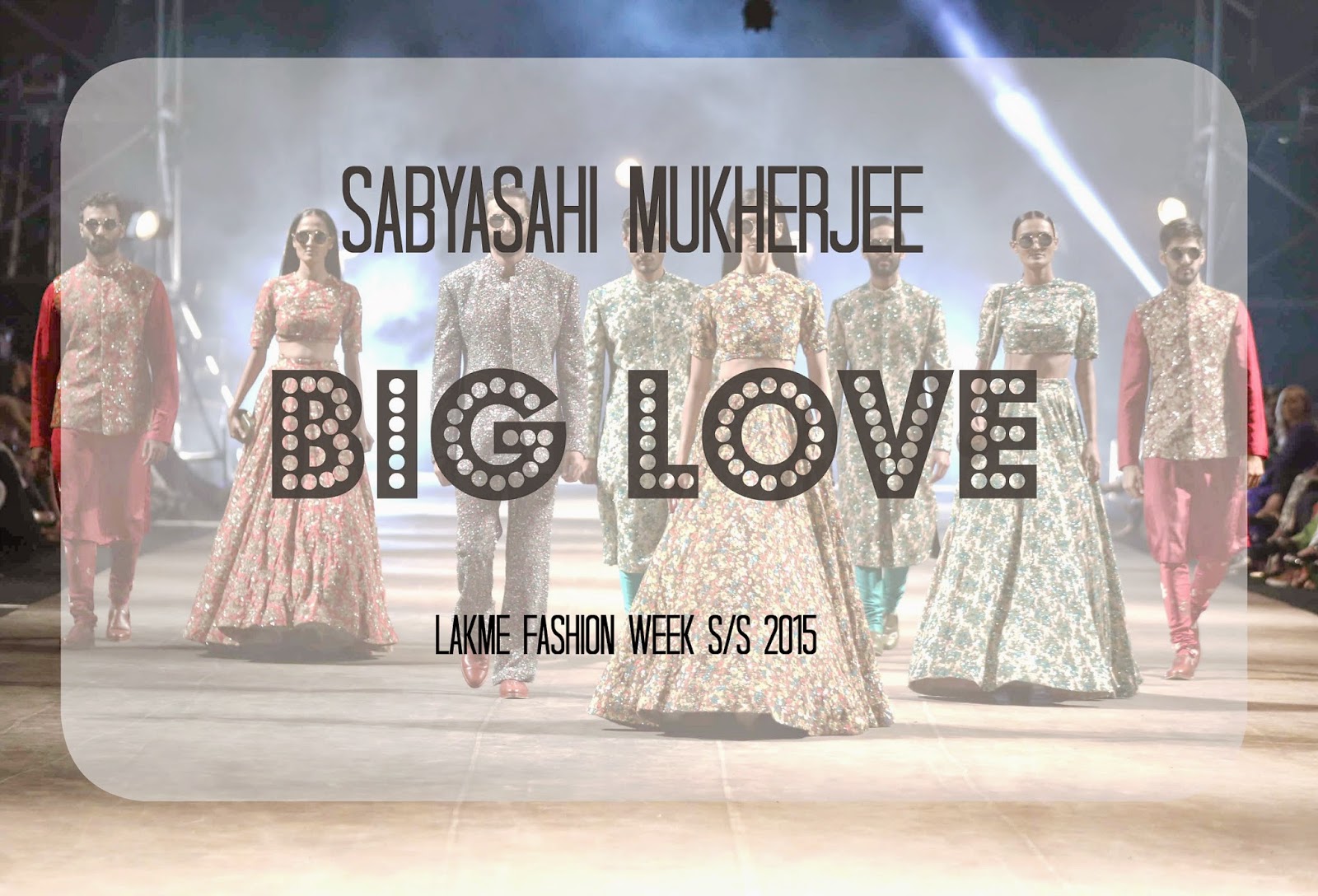 Mukherjee’s new summer or “resort” line entitled “Big love” was big in more ways than one. With 105 outfits, a ginormous runway of 200 x 20 feet and A list attendee’s it had all the makings for the show to be spectacular.

As much as I love my heritage and Indian roots, my biggest pet peeve is when people try to create a fusion between two cultures and get it horribly wrong. Let’s face it, no one wants to watch a Bollywood Film that’s mostly spoken in thick-accented English. It makes no sense. Indians should be embracing their culture and spreading it rather than covering it up with cultures that don’t belong to them.

Sabyasachi Mukherjee found a brilliant balance between Eastern and Western culture for his new collection. 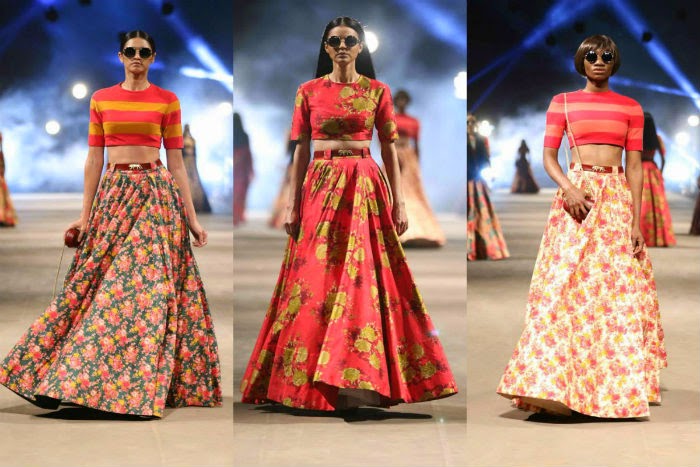 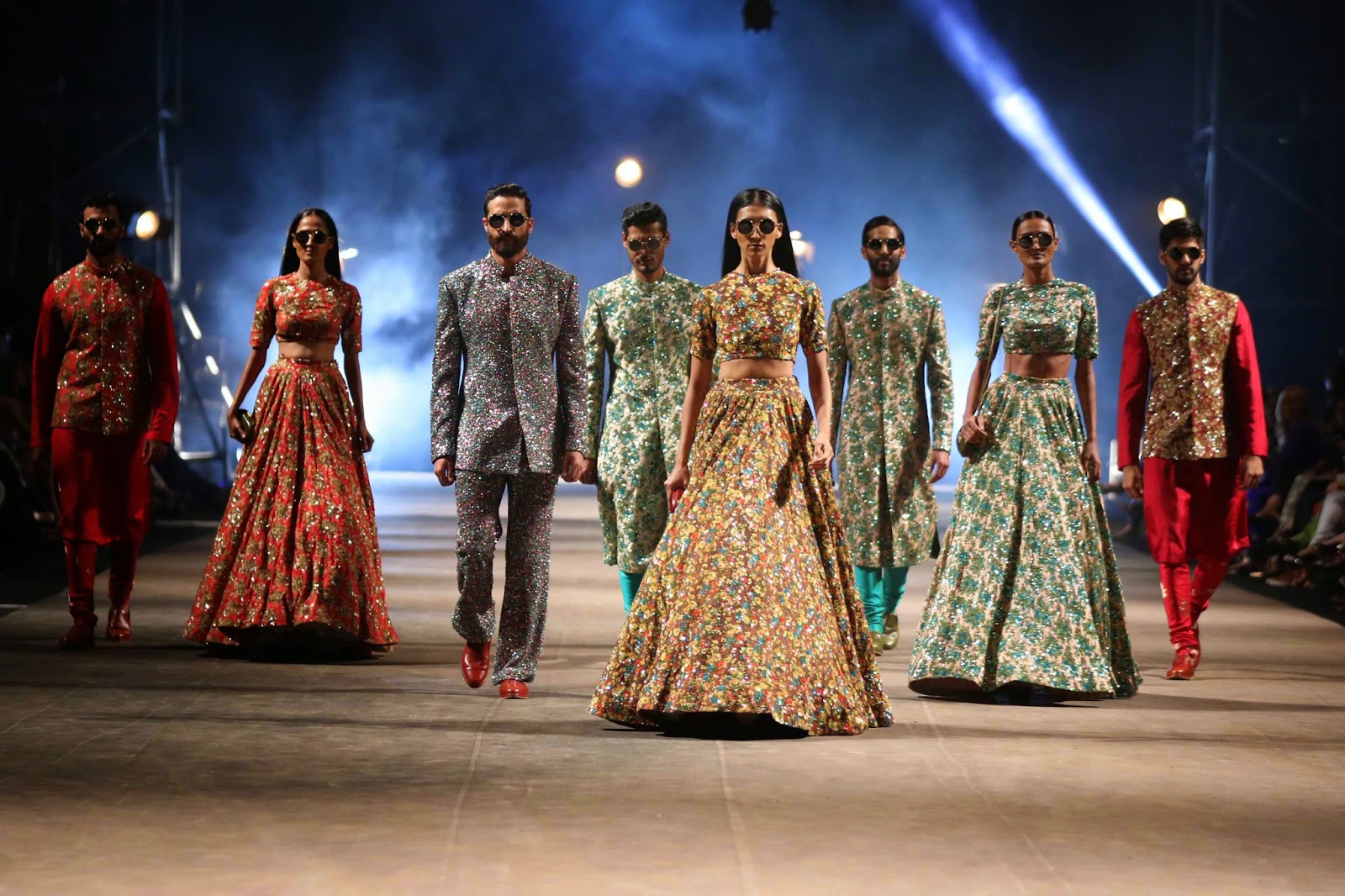 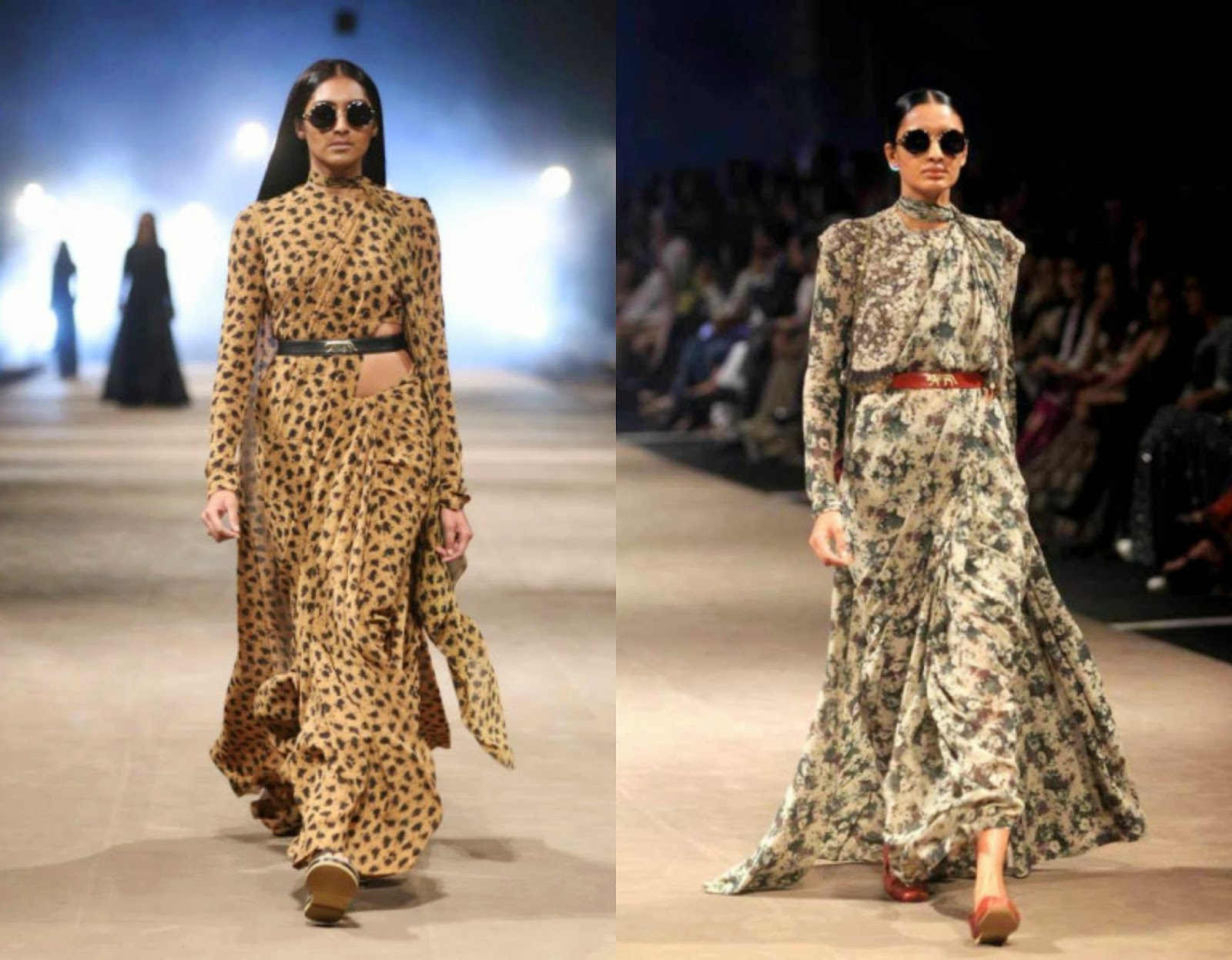 The strong theme of the 70’s, which is trending in the Western world of fashion was rife throughout his show. The bold prints and signature style of the decade of power dressing was fully embraced and celebrated.
Mukherjee took an unconventional approach on the saree with long sleeved blouses, belts cinching the waist and bold prints that camouflaged the chiffon fabric. Just when I thought it couldn’t get any better, he bought out the floral coordinate pieces – crop tops with flared out skirts. I also loved that all the models donned John Lennon style sunglasses. Circle sunnies FTW!

Makeup on the runway was minimal, which I also loved. The models sported a nude make up look, with contoured cheeks, nude matte lips, slick hair parted at the centre. One last thing I want to point out and further sing praises of Mr Mukherjee for is that his models were not painstakingly thin.  I really hope other designers take to taking inspiration from him and start showcasing pieces for real women on the runway. 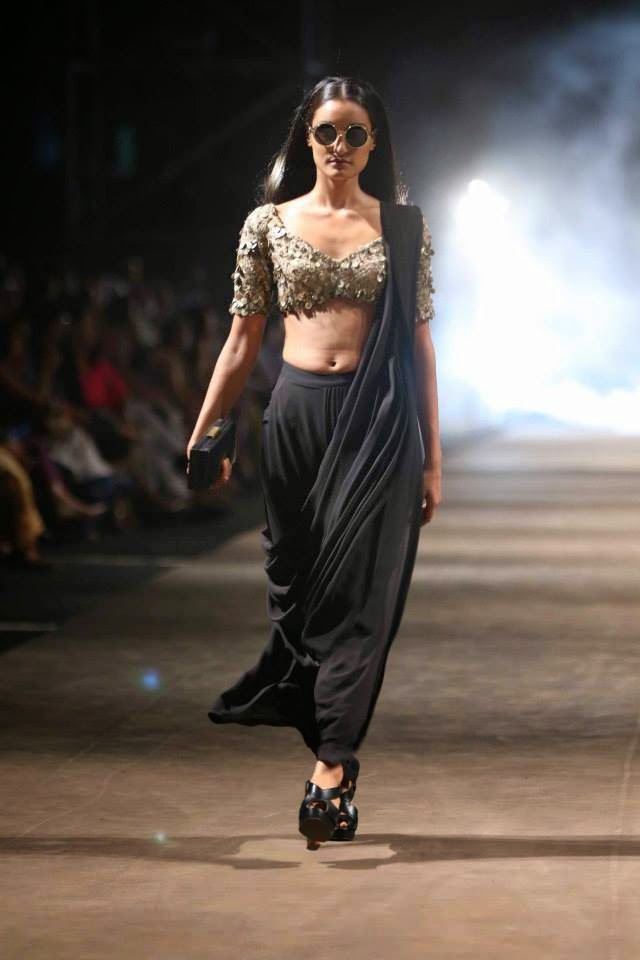 All in all, he created a plethora of intriguing pieces encompassing 70s retro glam that were not only high fashion but would easily translate to high street. The pieces were all extremely wearable with a strong campaign. Sabyasachi Mukherjee has definitely won me over and I hope that I will be attending one of his upcoming shows in the near future!

What are your thoughts on Indian Fashion?

Help! My nails are yellow!