Having been to Christmas at Kew the week before I was really excited to have been invited to go to the Magic Lantern Festival.

I had heard great stuff about the light trail that marks the end of the Chinese be year. Plus it has been heavily advertised on Instagram so it was bound to be good right? 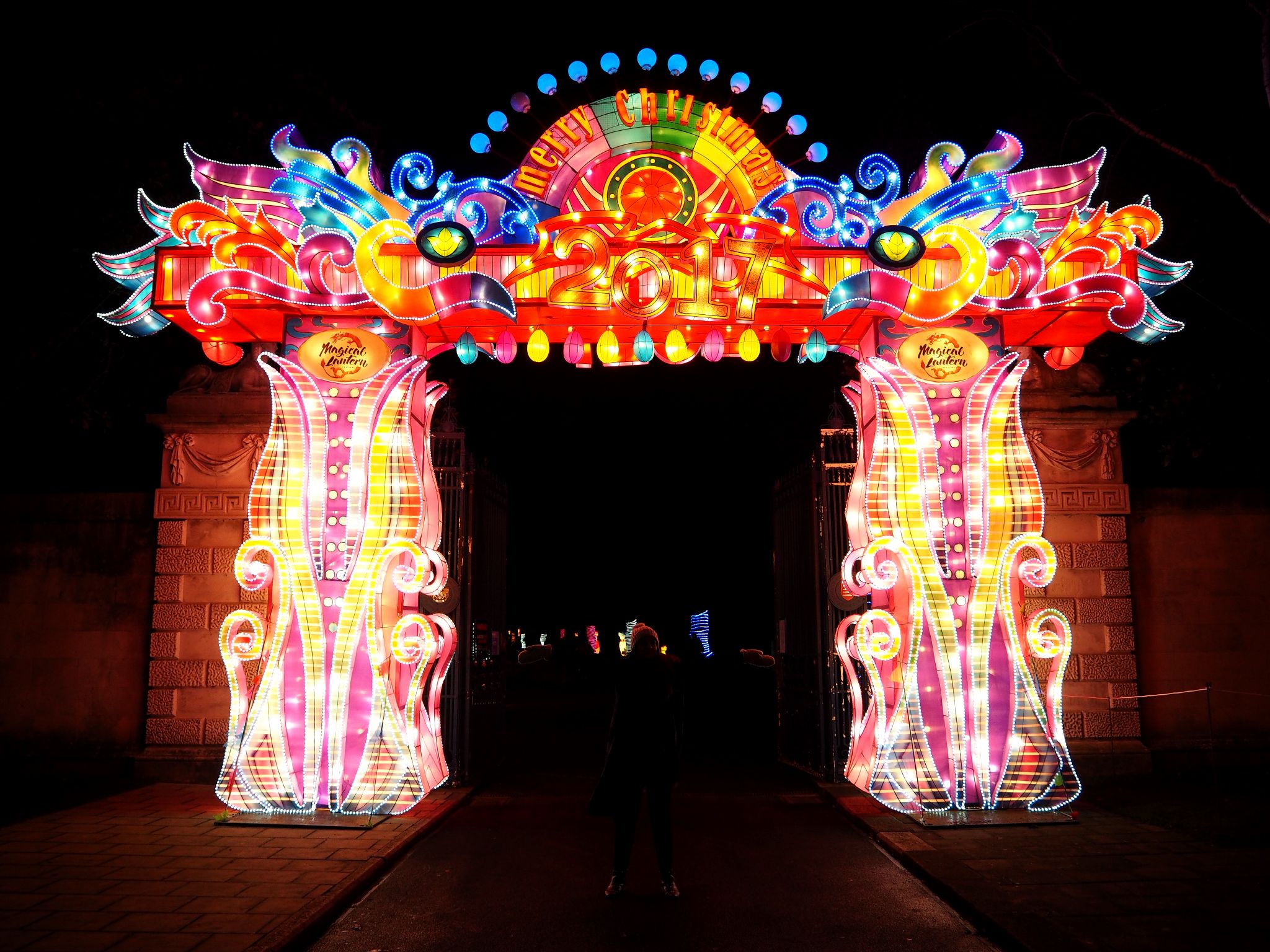 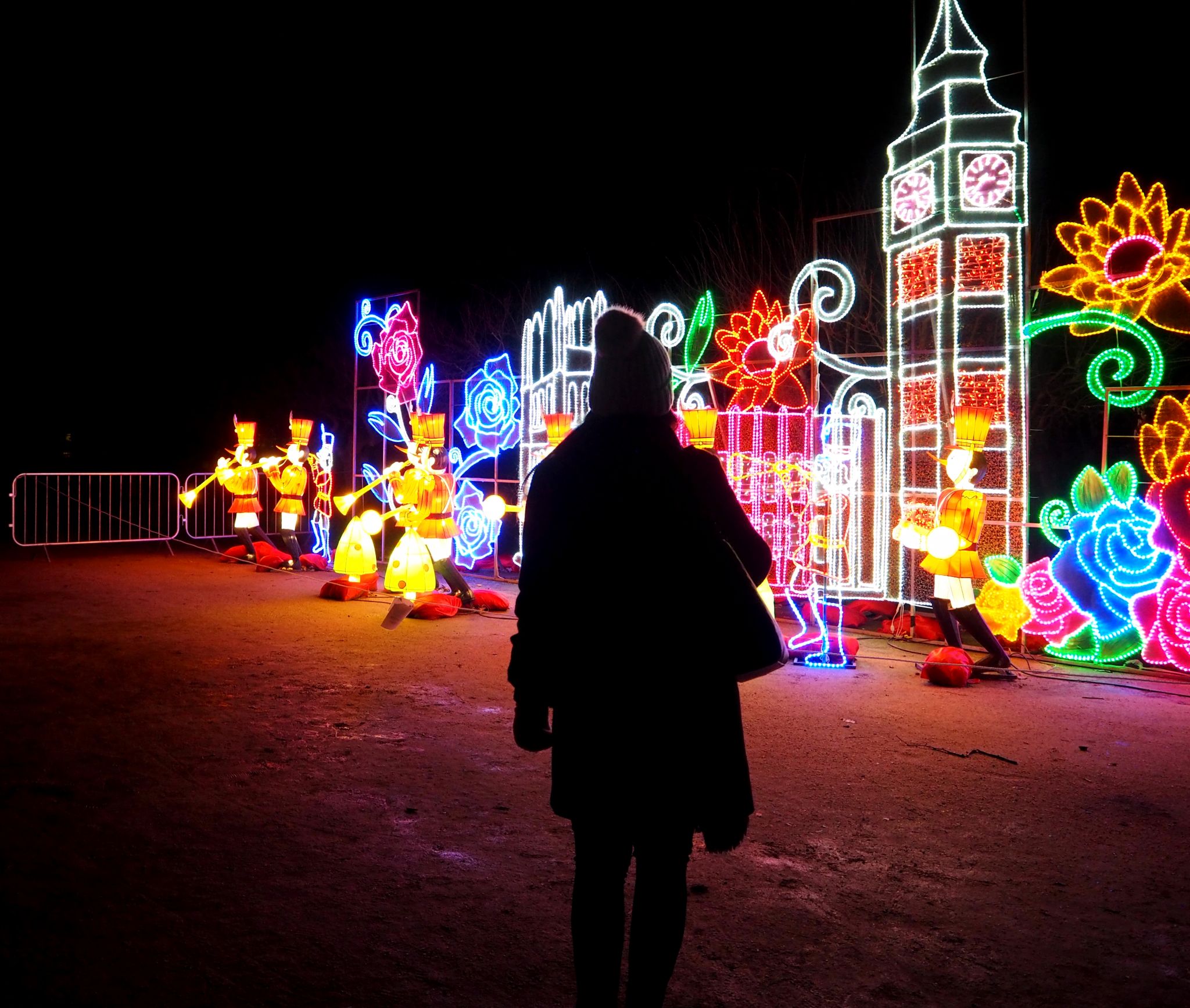 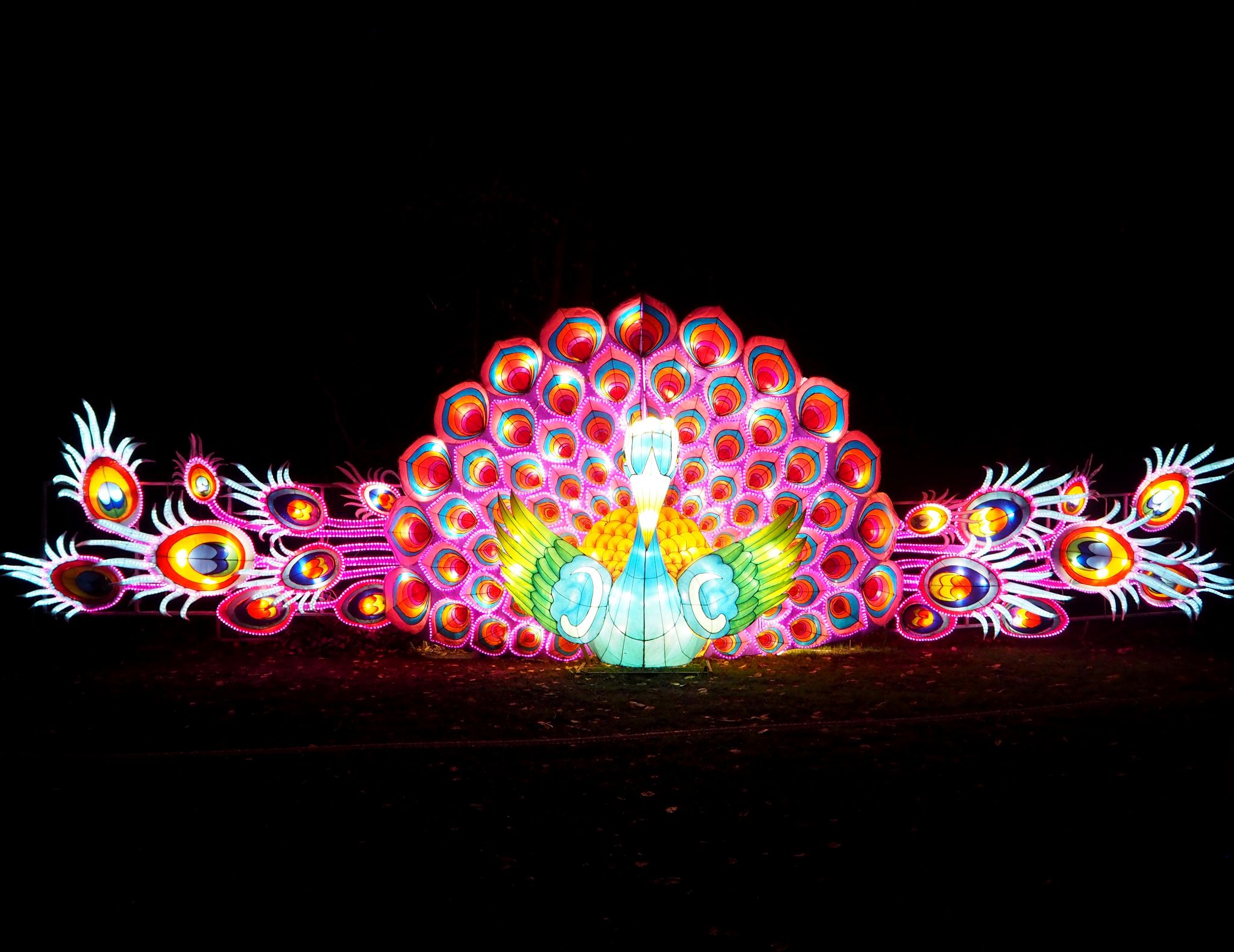 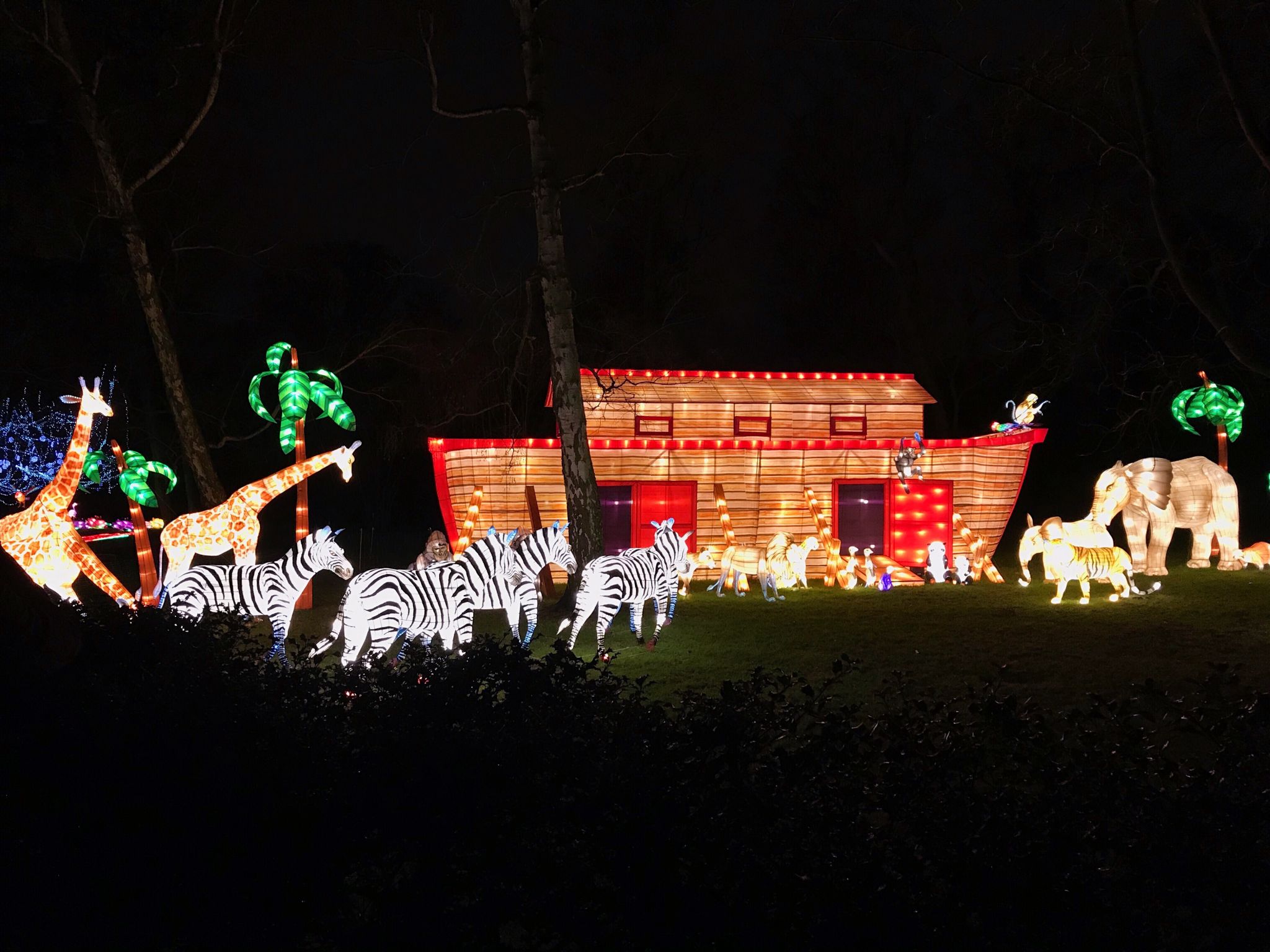 Well…not quite. The trail starts off through a huge archway and following a number of snowmen to get to the actual box office. It took me a long while to realise that this wasn’t actually the festival at all. We had yet to have our tickets scanned.

The trail did have some absolutely stunning light installations. My favourite being Noah’s ark, however I was slightly disappointed that you couldn’t get very close to the art. Every single installation was cordoned off by rope.

The halfway point was probably my most favourite part because not only could you stop for a hot drink to warm yourself up; there was a stand by The Marshmallowist. Complete with fire pit to toast your marshmallows on. I opted for toasted coconut and honestly it was the best thing ever. I FINALLY understand the hype around s’mores. 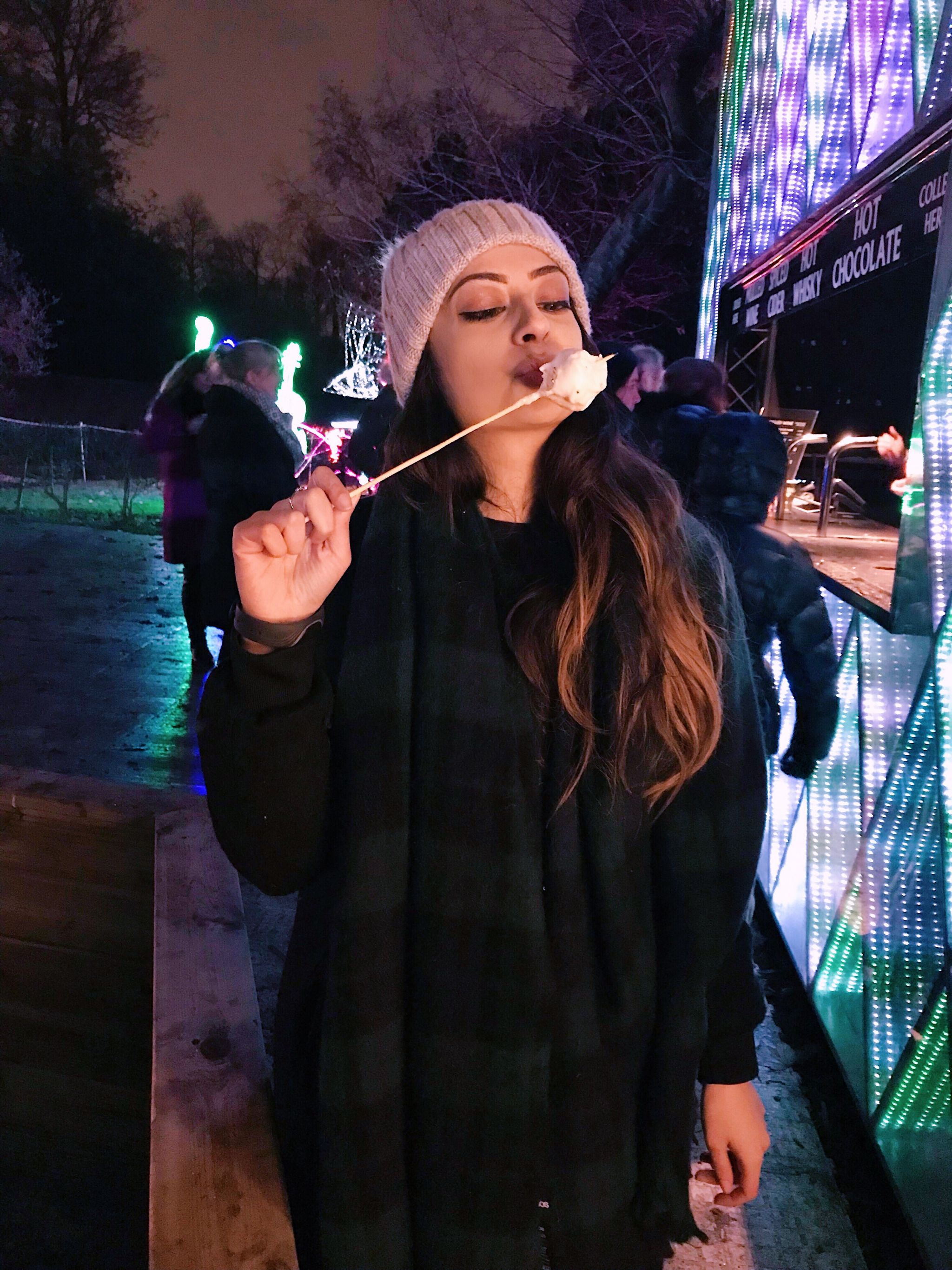 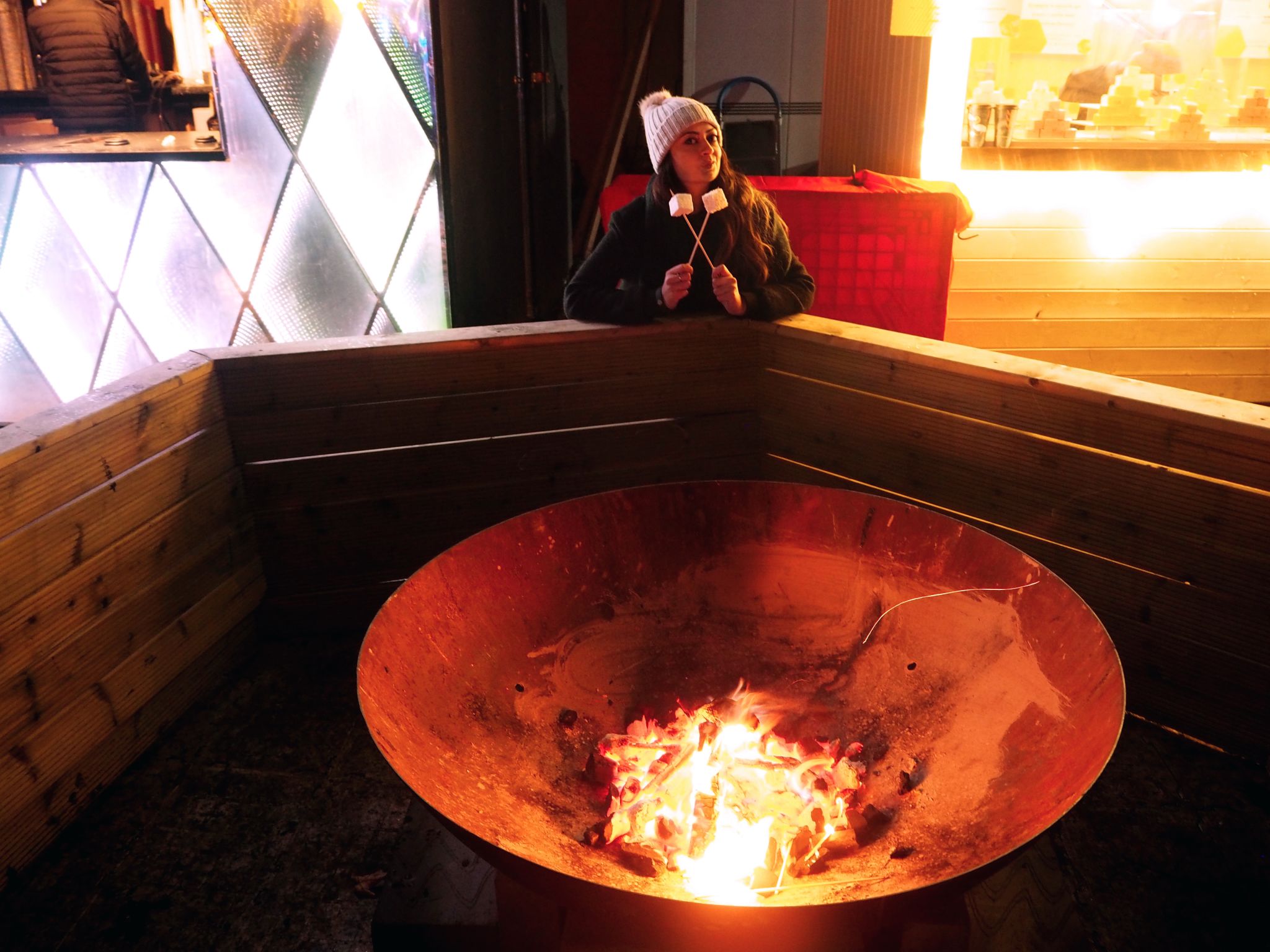 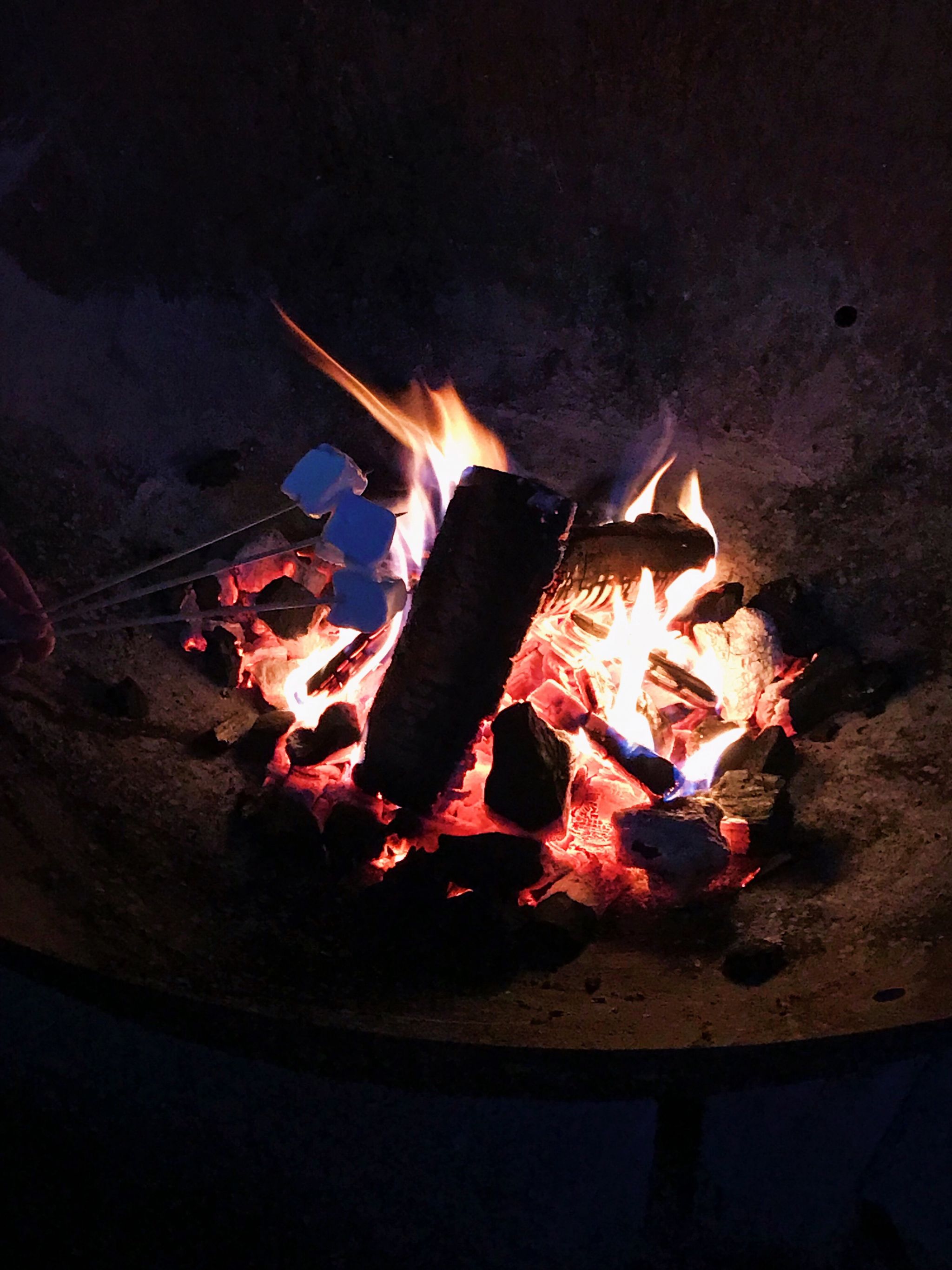 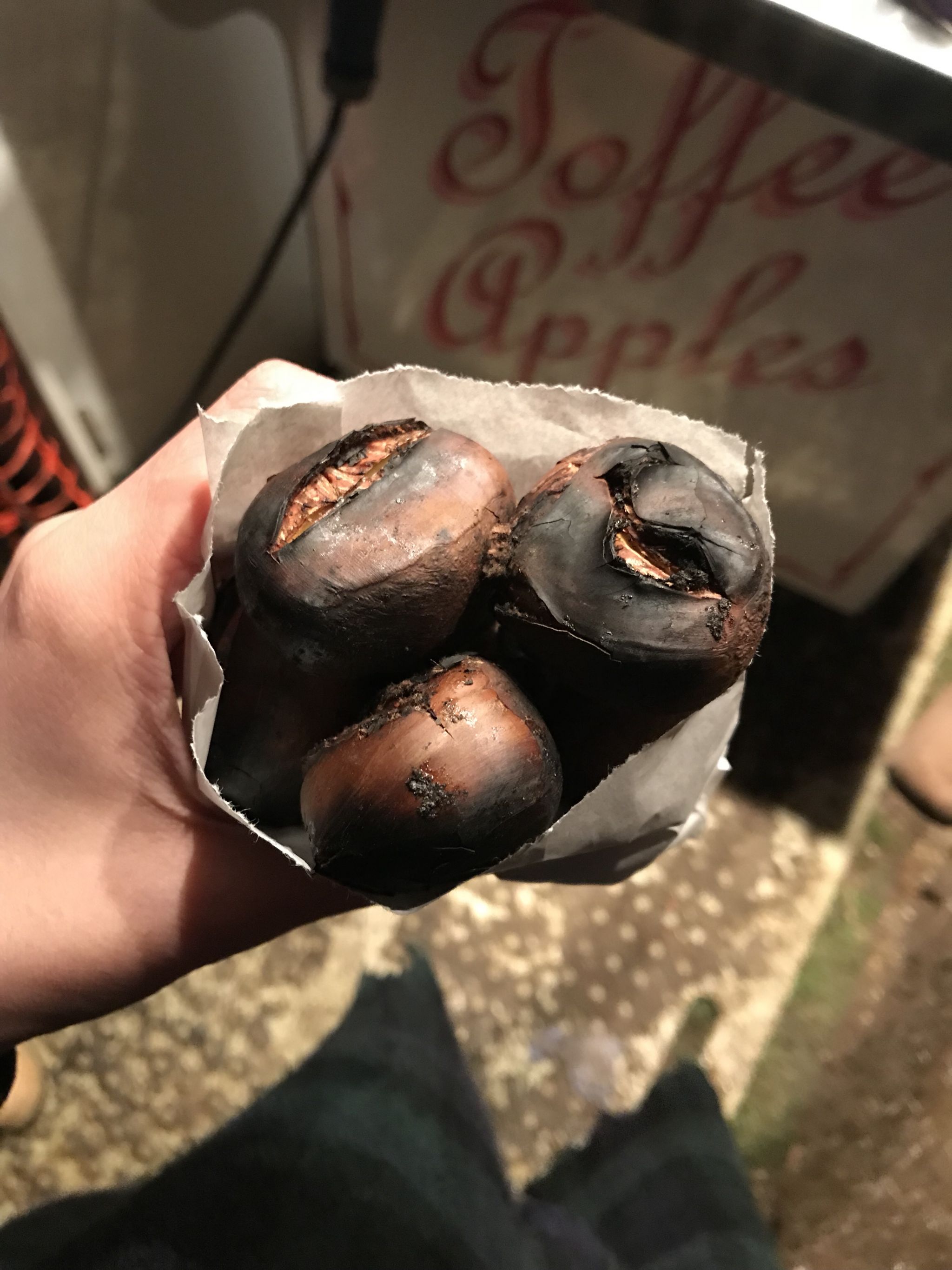 My one criticism would be that the event wasn’t interactive enough. Even though the lights were pretty it was annoying that you just couldn’t get close enough for a decent picture.
I also felt that the trail was unnecessarily long. Each installation was spaced out way too much from the other. I guess if you’re expecting a lot of people it might have made sense but it was relatively quiet on a Friday night so it just seemed weird. 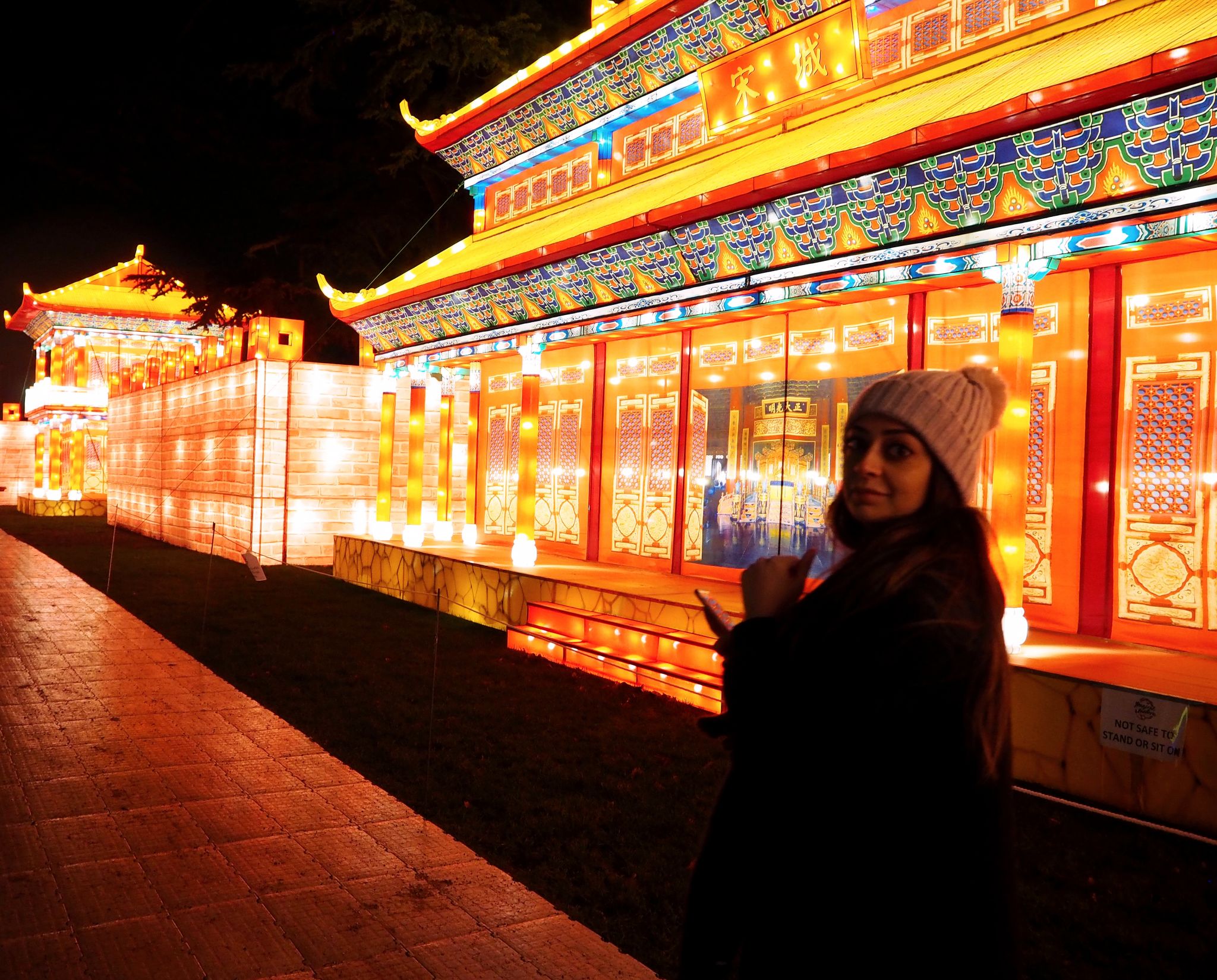 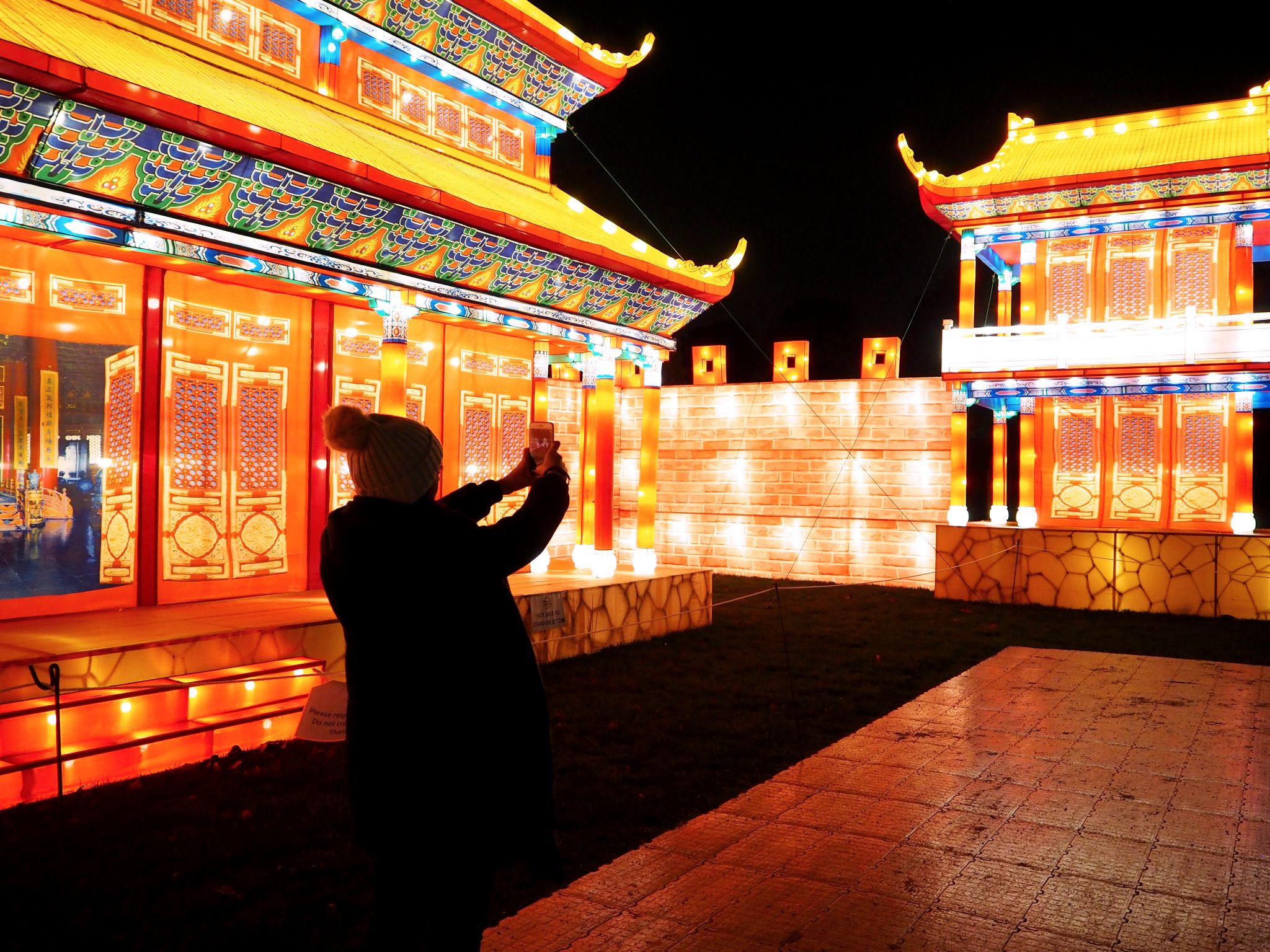 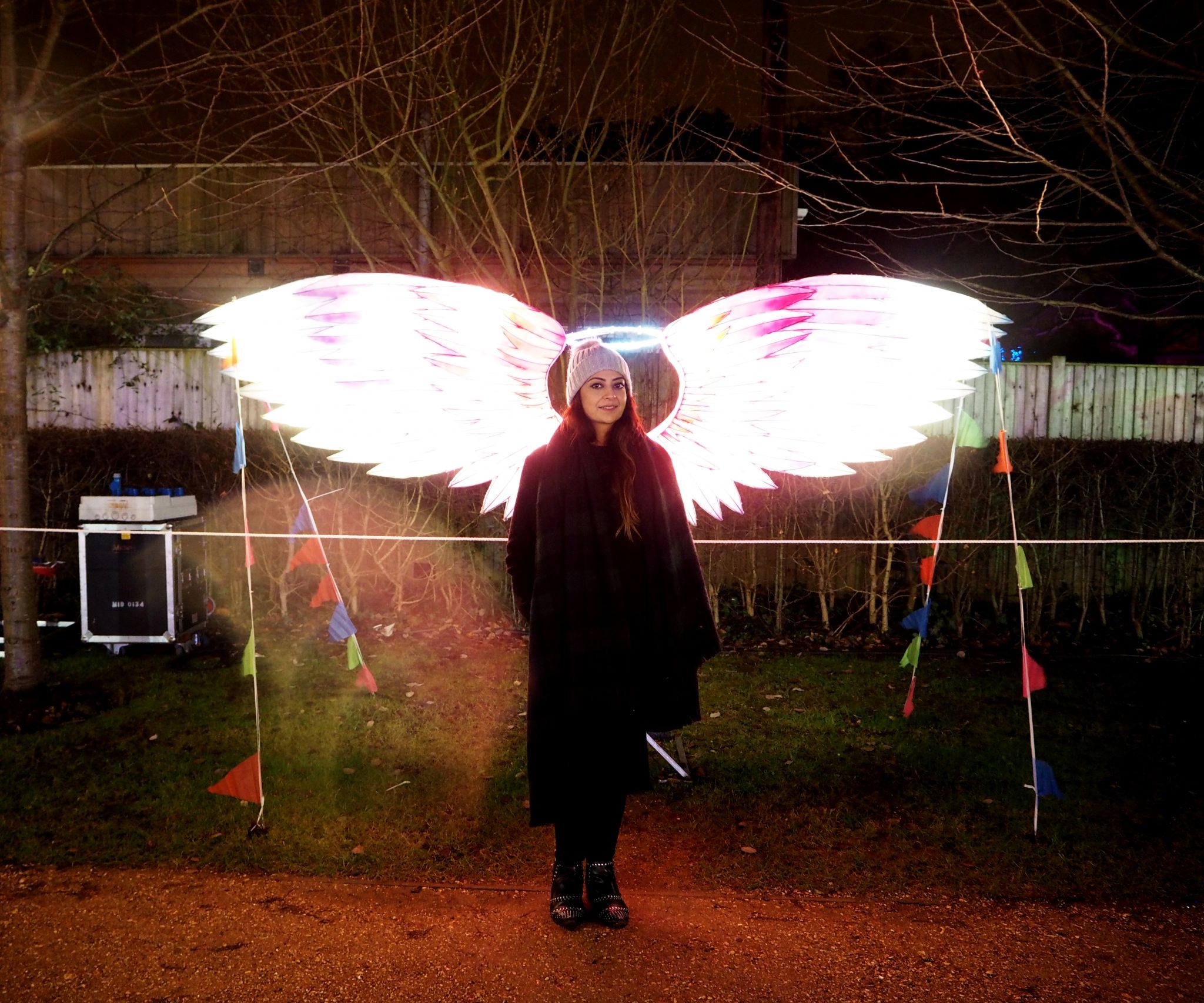 The tickets cost approx £18 each and I definitely don’t think it was worth it. Perhaps very young children might enjoy it but even then it would be too long a trail and not being able to get quite close to the lights just seems pointless really.

Tickets are available to buy online here and the event runs until January 1st 2018.