Let’s face it, London is the best city in the world. Us Londoners just don’t do things by halves, especially when it comes to life’s necessities, you know, things like…ice-cream. This summer I’ve been sampling some of the best, most Instagrammable dessert joints and I’ve come up with 9 of the best that you have to visit just for the instagrammability. 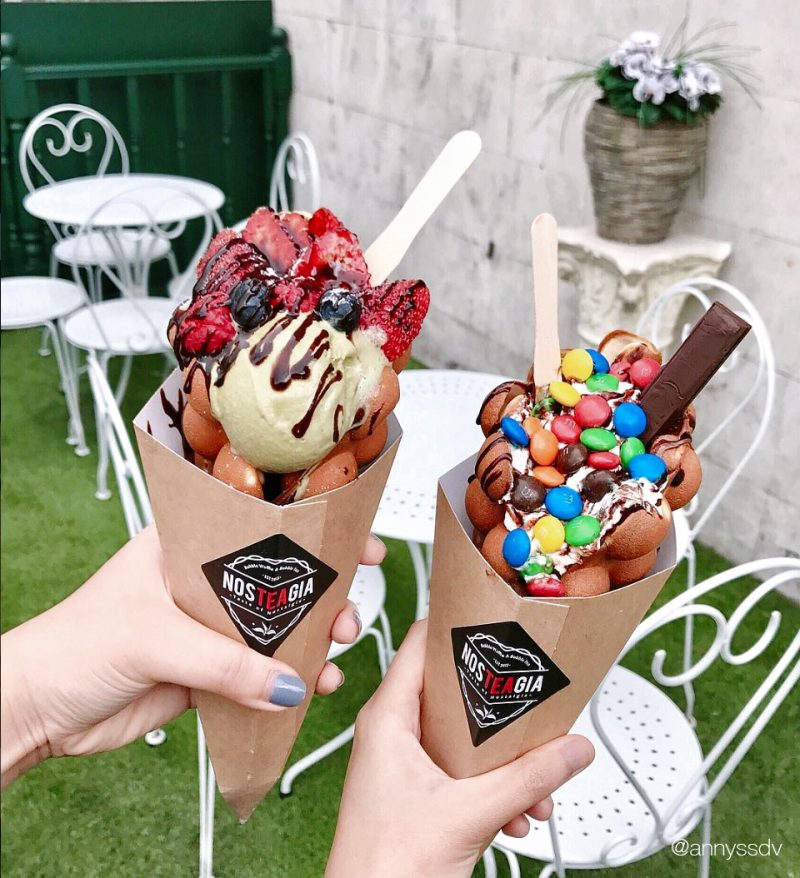 Nostalgia // BubbleWrap
I really really really tried to pick just one of the two but I just couldn’t. Having tried and tested them both, it’s impossible to choose which is better. Both shops have crazy queues leading all the way outside but let me tell you, it’s most definitely worth the wait! Inspired by the Hong Kong street snack ‘egg puffs’, these delicacies specialise in taking the waffle game to a whole new level with their perfectly crispy-yet-fluffy ‘bubble’ waffles, folded into a cone and stuffed with all manner of toppings. Yum! 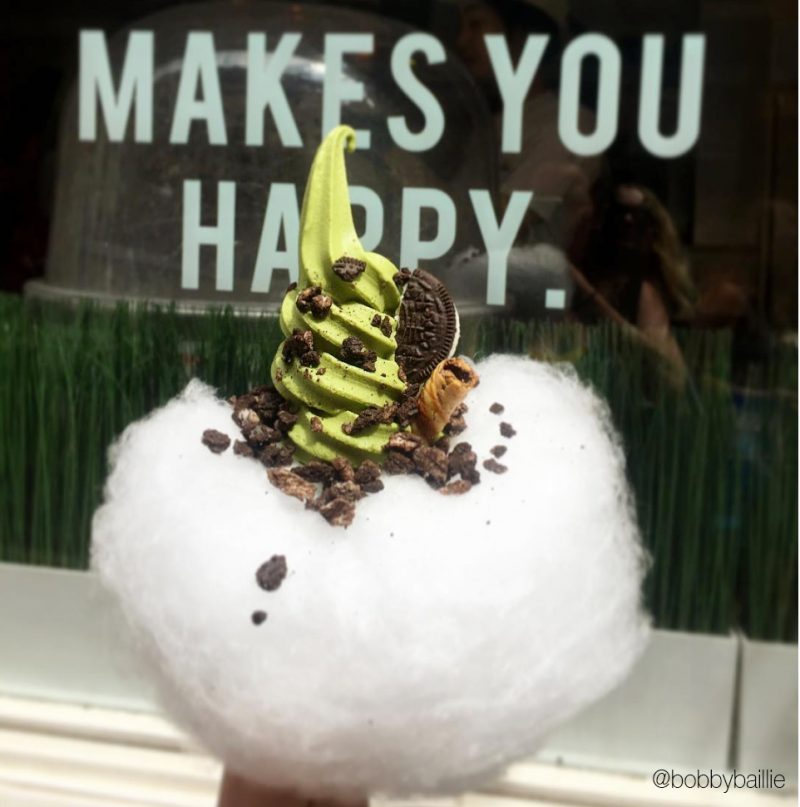 Milk train
An icecream cone of matcha (or whichever flavour you prefer) in a cloud of candyfloss. I mean…What fresh deliciousness is this?! Again with queues heading right out of the door, this is the place to be with your Instagram camera at the ready.

Bob Bob Ricard
The signature chocolate glory is an experience that everyone needs to have at least once. A chocolate golden sphere melts in front of your eyes when hot chocolate sauce is poured on it to reveal all sort of goodies inside. The centre seems to change every now and then but have included pieces of brownie, chocolate mousse, and fruit jellies (Gelatin free!)

Maitre Choux
It may surprise you to know that London is home to ‘the world’s first and only choux pastry specialist patisserie in the world’, Maitre Choux. If you’re anything like me and have watched every single Come dine with me episode then you’ll know exactly how difficult it is to get these right. Maire Choux’s shop windows are filled daily with incredible eclairs, choux and chouquettes, enough to make Parisians jealous. When you want to add a little bit of class to your sugar fix, this is the place to go. The broad range of flavours are updated constantly, which is the perfect excuse to frequently return for another taste. 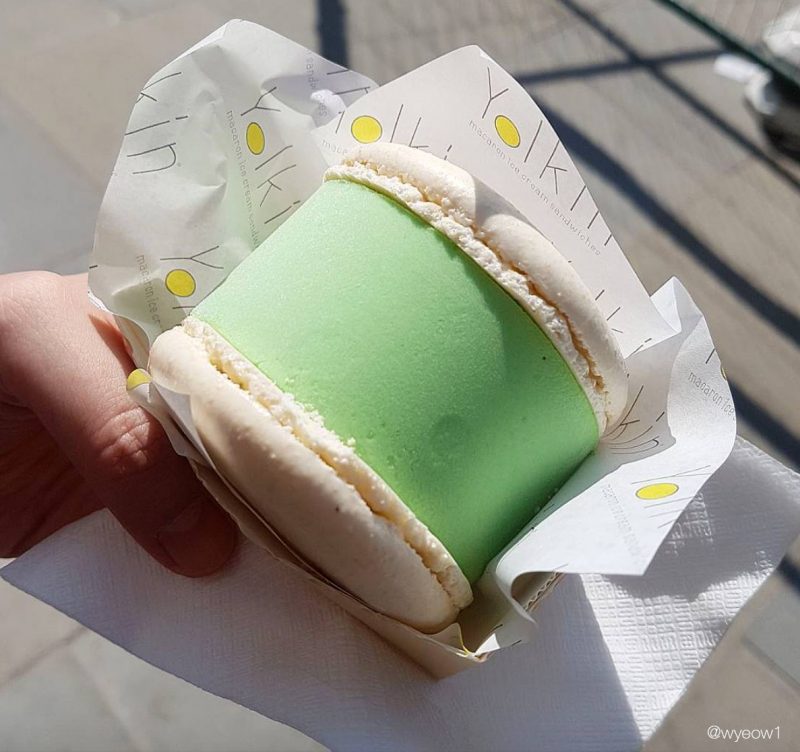 Yolkin
I haven’t actually been to Yolkin because I don’t like macarons. Yep, I said it and I’m not taking it back! Even so, Yolkin has become one of the most respected ice-cream joints because they serve….wait for it….GIANT macaron ice cream sandwiches! How amazing (if you like macarons that is!). Flavours of the week change fortnightly and are announced on their Instagram so get following! The Yolkin shop lies in Covent Garden. Not too far from Milk Train if you’re after seconds!

Chin Chin Labs
Can ice cream get any cooler than being magicked up and frozen to order amid billowing clouds of liquid nitrogen-generated steam? I think not.
The menu is commendably short: chocolate, vanilla and two specials – one ice-cream, one dairy-free sorbet but definitely worthy of featuring on your social platforms.

Dum Dum Doughnutterie
Introducing The Crone; it’s an ice cream cone made from baked croissant doughnut dough, which is then filled with ice cream, Nutella and fruit. It’s absolutely genius and EVERYONE needs to try it!

What are your favourite dessert spots in London?

5 Things To Take On Holiday Wishlist