EcoTools have always been one of my favourite brands when it comes to brushes. I feel like they’re really underrrated because they don’t necessarily have swish packaging. However they’ve recently upped their game a little bit and released a new makeup blending sponge. Although there have been quite a few brands that have attempted a beauty blending sponge like the original BeautyBlender, they’ve never quite done as well. The Real Techniques Miracle Complexion sponge is a very close second, but the biggest issue everyone has with it is that it doesn’t last very long if you keep washing the sponges (as you should be doing!)

Eco tools have now had a go at it and have created the Perfecting Blender Duo. 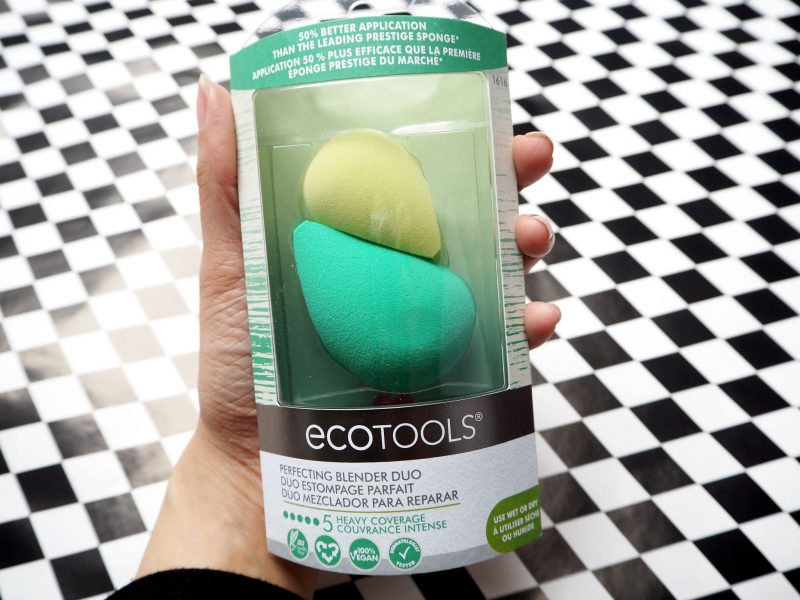 These new sponges from EcoTools are a pack of two sponges, both of which you’ll notice straight away are two different shades of green. When you take them out of the packaging, you’ll notice that they’re both actually different sizes but exactly the same shape. On closer inspection I noticed that the larger, darker green is soft and bouncy. Supposedly, the flexibility of it allows you to get a light coverage that you can build up on. The smaller sponge is actually a little bit firmer to allow for more precise coverage in those hard to reach areas (near the eyes and sides of the nose). EcoTools have even gone as far as clearly stating on the front of their packaging that with their product you’ll get 50% better application that the leading prestige sponge – I mean we all know they’re referring to BeautyBlender here, but that’s a bold statement to make!

So what did I really think?

Well, on first impressions, I liked them. They expand to a nice size after being saturated with water and I like the colour and the slightly different shape to the usual teardrop style.

What’s the new shape all about then?

The blending sponges have a large flat side that allows for covering large surface areas with beauty products. Handy for areas like my forehead and cheeks which take forever with the other sponges I’ve tried.

The other flat side edge is less steep and smaller. I didn’t think I would use this side much but it turns out that I prefer this for blending in concealer and for picking up loose powder to set the under eyes with or powdering that gap between the eyebrows.For those of you who like to ‘bake’, this is a great edge for applying loose powder on larger areas.

The rounded bottom is as usual, great for blending in foundation and getting rid of patches.

both sponges also have a thin, flat top edge. I think it’s for both design and purpose but this little edge isn’t actually mentioned anywhere, not even on their own website. Still, I found that not only does that top edge offer a little more durability to the point of the sponge so it doesn’t tear easily when you’re cleaning the flat edges, it also works for me when I want to blend around my eyeliner, eyebrows and sometimes even lipstick 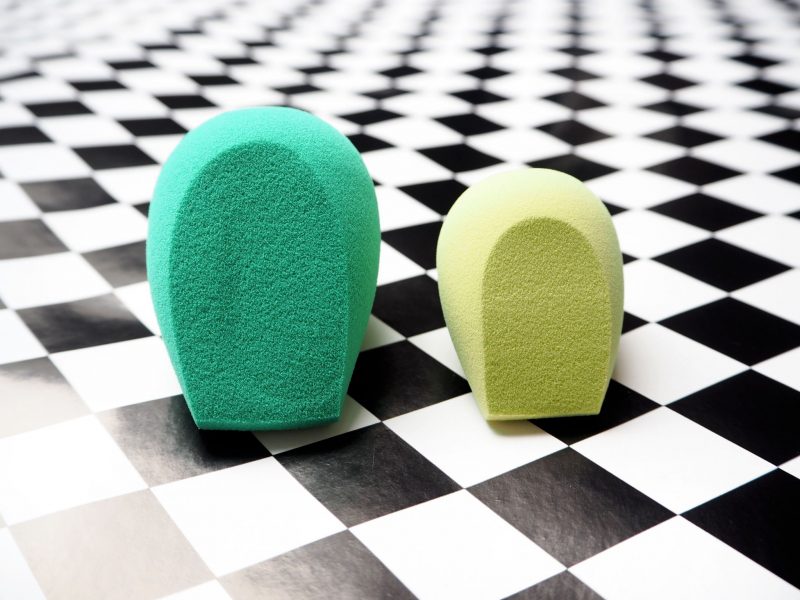 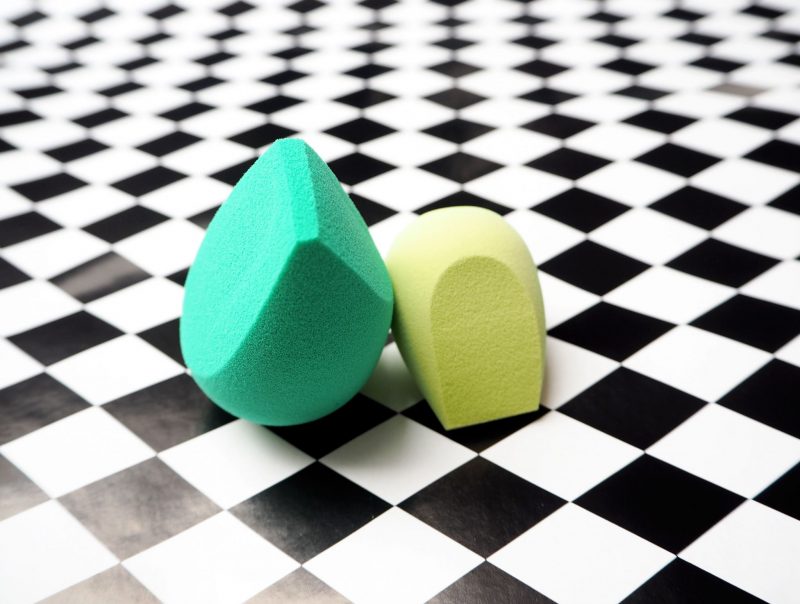 I gotta be honest I wasn’t convinced that the shape would make much of a difference to me. Having said that though, once I had soaked it in water and got to playing around with it, I realised that this sponge pack is all you need for all your makeup products in order to create a flawless face.

Do I think the Perfecting Blender Duo lives up to it’s claim of 50% better application?

That’s a tough one really. The sponges did take some getting used to because they’re really quite firm. Beautyblender’s bouncy sponge is a lot easier to work with. I do think that perhaps the firm-ness of the sponge means that it doesn’t soak up as much product and the ergonomics of the sponge is a serious winner.