This week I visited the Backyard cinema (Winter Garden edition) to watch one of the festive films they’re showing in the run up to Christmas. If you haven’t been to one of their screenings (in any of their locations) I’d whole heartedly recommend you go. Since I cannot stand Elf (soz not soz) we decided to watch Disney’s A Christmas Carol. 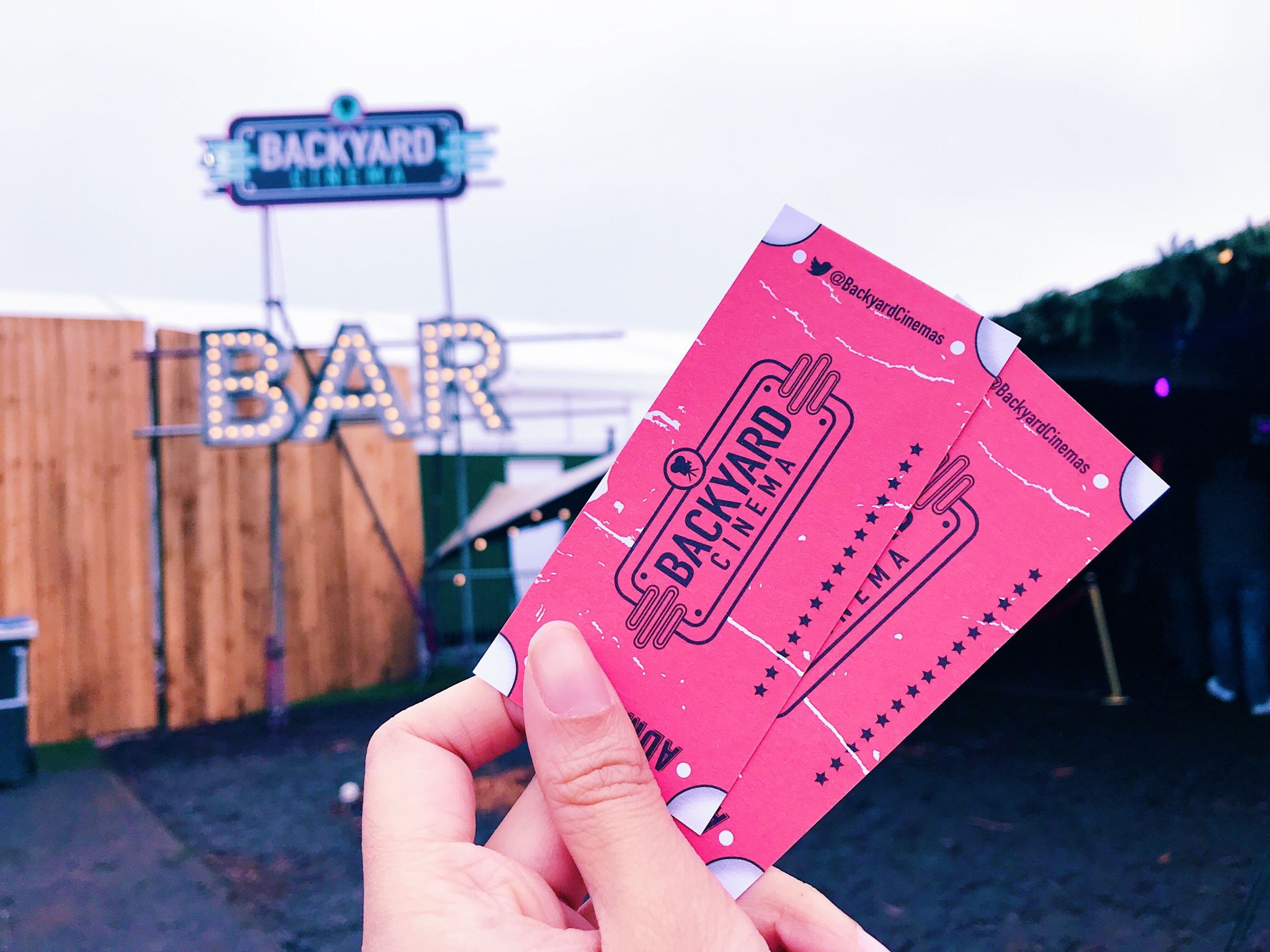 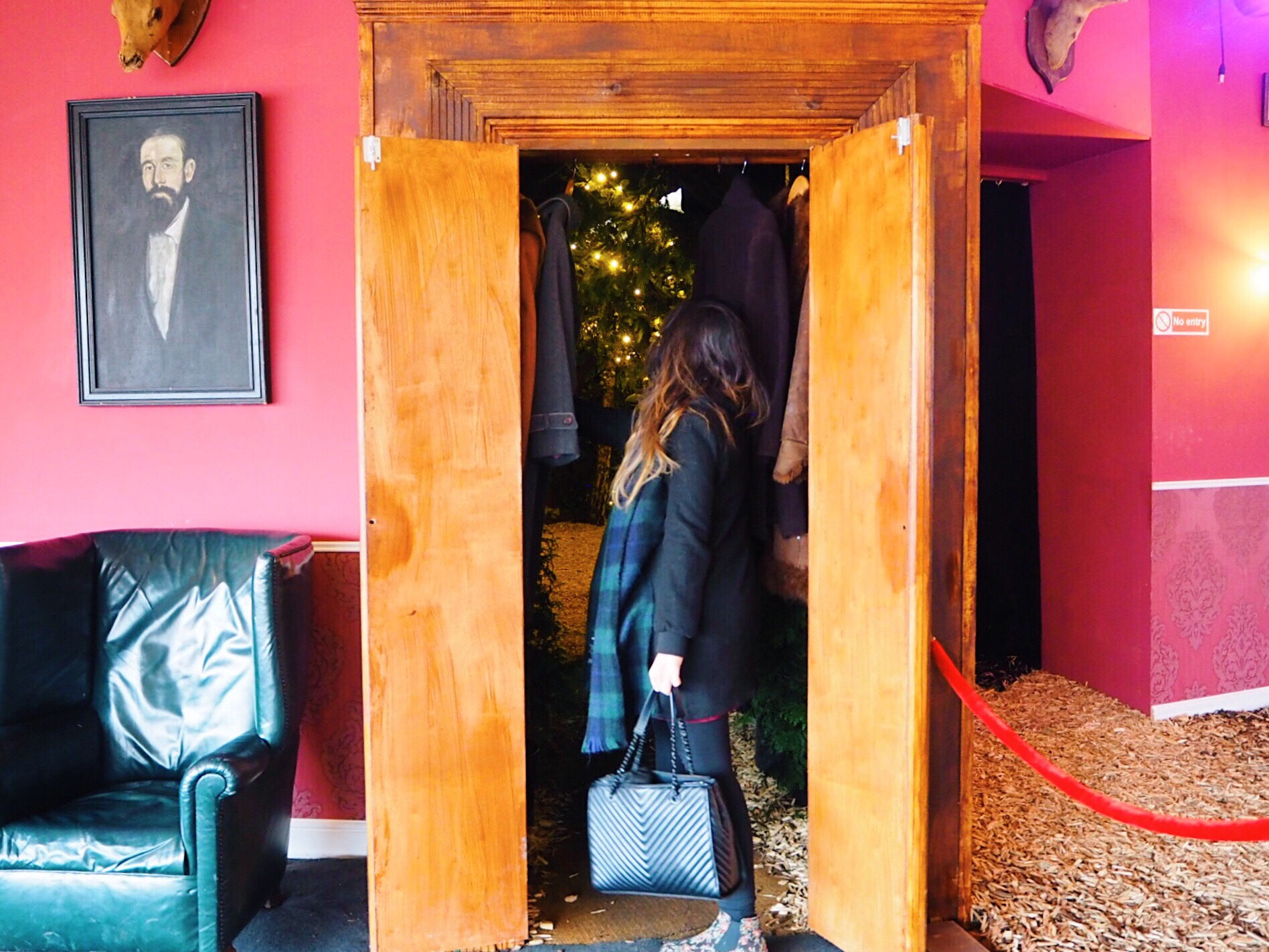 To access the cinema, customers must venture through a magical wardrobe And through a tunnel of foliage covered with fairy lights before entering the coolest cinema you ever will see. It’s a truly theatrical experience that made me just so happy.

The venue is actually a giant marquee kitted out to be cosy and surprisingly warm. Each seat has a blanket too incase you do end up feeling chilly but honestly, they’ve done such a brilliant job at setting up shop that even if it is 2 degrees outside (which it was!) you won’t feel it. The attention to detail is just amazing and not just the set up, there’s a real Christmassy surprise even before the film starts.

This venue only had two seater “sofas” available and no bean bags which they do have in other venues. If I’m totally honest, it was comfy but by the end of it, I was feeling like I needed to get up and stretch. Rather than actual sofas you would get in a living room, these  are what I would describe as camping sofas (lol) so don’t go expecting huge plush arm chairs. The ‘sofas’ are all pushed together too so essentially it was just one long row of seats and can get a bit too cosy, if you’re funny about your personal space. It wasn’t really an issue for me though and I did love that there was quite a lot of leg room. 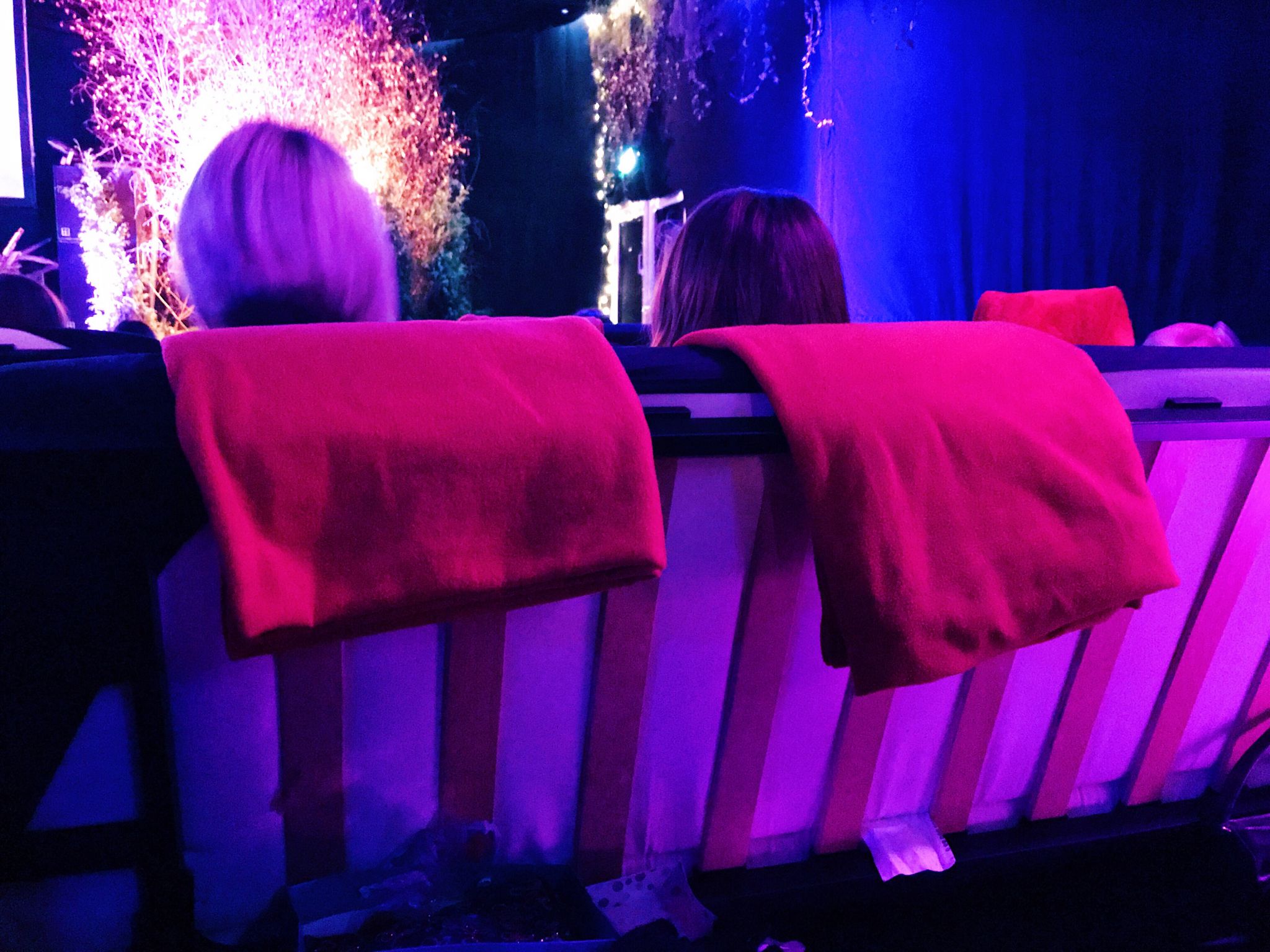 If you’re thinking of going it’s worth noting beforehand that they don’t allow any food and drink into the cinema as there is a bar inside. I guess that’s understandable as they’ve got to pay for the props somehow! Just a word of warning though, there’s isn’t much by way of food in the venue but they do serve propercorn which is always yummy!

I was really surprised at how great the view was from all of the seats, even right at the back – I checked! The sound quality was really good too. If I had to give you one tip, I’d say get there as early as you possibly can. There’s no real allocated seating and you can’t just go and help yourself to any old seat either so it’s defo worth being an eager beaver. 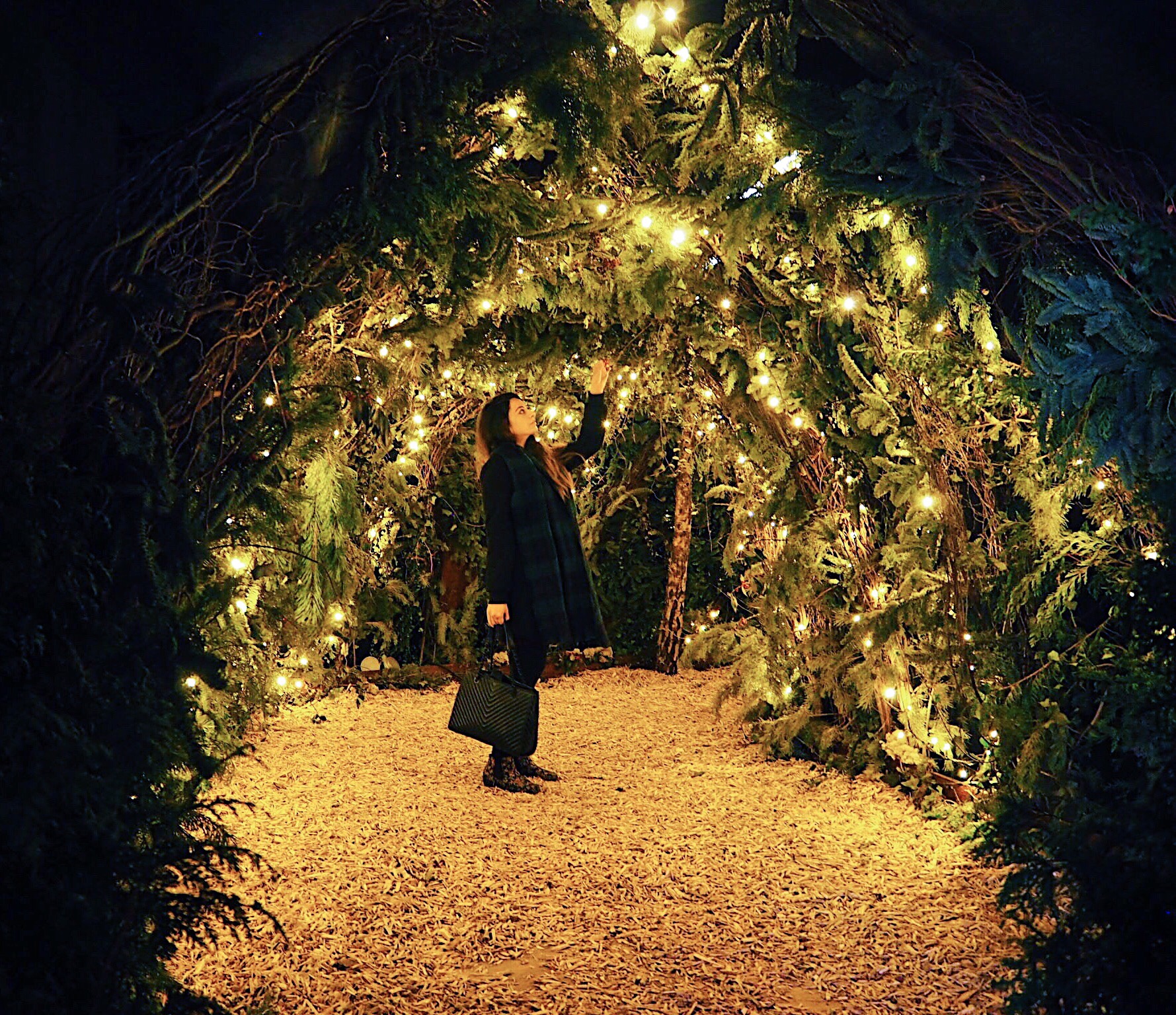 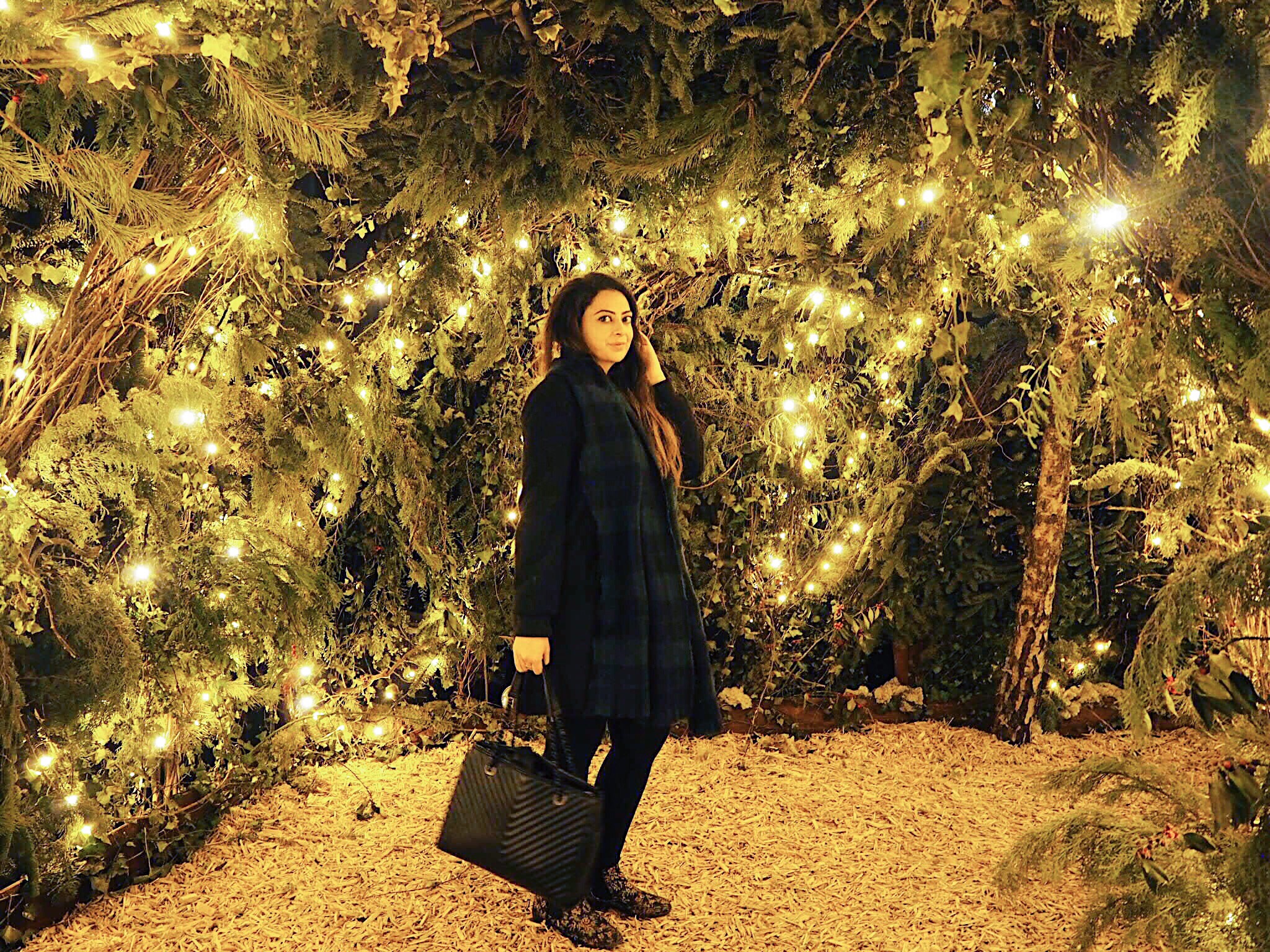 So is it worth the hiked up prices and the trek to the other side of London?

Absolutely. The theatrics, insta opportunities (don’t judge me!) and the little details are all the things that build up an atmosphere you just don’t get in a standard cinema (Everyman cinemas included). It’s not everyday you’d get to visit so I do recommend watching a film you really would love but more than anything definitely go!

I have to say, I am so impressed and even proud of just how far they’ve come. From just 12 people in literally a back yard to thousands of people attending for these super cool concepts. I absolutely loved it.

Oh yes, and the film was good too!

The winter garden tickets include entry into Winterville too. So you can enjoy streetfeast and fairground rides before or after your film.

Backyard Cinemas are concurrently running The Snow Kingdom in Borough, which is of course all snow themed and looks just as amazing.

Tickets get sold out extremely quickly but you can browse films and buy yours here.

A Once In A Lifetime Trip