The week where Ramadan started

This week has been a bit of a strange one. I’d been anticipating Ramadan and when it did finally come around, it seems like the days are never ending! Still, it’s a great atmosphere and I’m hoping to get the most out of it.

What I’m eating and drinking:
Nothing it’s Ramadan guys. I kid, we do eat.
In the run up to Ramadan, I tried to cram in as many catch ups as I could because fasting usually leaves me with zero energy. The final one was with my sister in our special sanctuary (away from the kids) Cafe Concerto. I am living for their hazelnut eclair’s at the moment, complete with real whole hazelnut’s in them. Pure sugary bliss! 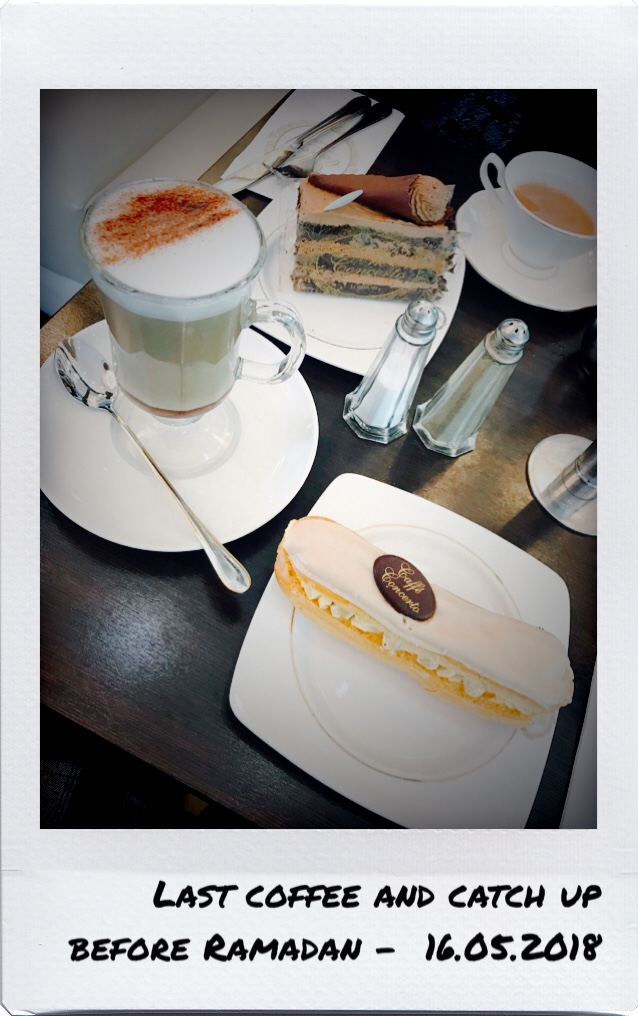 What I’ve been buying:

I said I wouldn’t buy anything this week and I even thought well ahead last week and said I’d just do a wishlist for todays post but nope. It turns out I don’t have any willpower whatsoever. So with that here’s what I’ve been buying – my first purchase is actually a necessity and comes with a rant.

Iphone Lightning adapter:
Why on earth did Apple think this shitty, flimsy, adapter was a good idea?? Oh wait I’d be spending an extra £9.99 every time (which is every few months) they break on me *major eye roll*. There aren’t even any better made alternatives online that could last longer. Ridiculous.

Adidas Miss Stan
I have been wanting Stan Smiths for the longest time. I’m not a trainer wearer so I’ve been trying to figure out whether I will 100% wear them. My small gripe with white trainers especially is that I have big feet and they’re extremely wide. This means they generally look quite clunky on me and well, nobody wants that.

Recently though I discovered that Adidas made Miss Stan’s which are a slightly more “feminine” version of Stan Smiths. The most noticeable difference being the front part (which is usually the part I hate the most) and the sole. I had a look around online and most stores had sold out. MandM direct however were still selling them and for just £29.99! I’d be crazy not to order them at that price! They’re available in both green and navy and they have them in all sizes too! Get yours here. 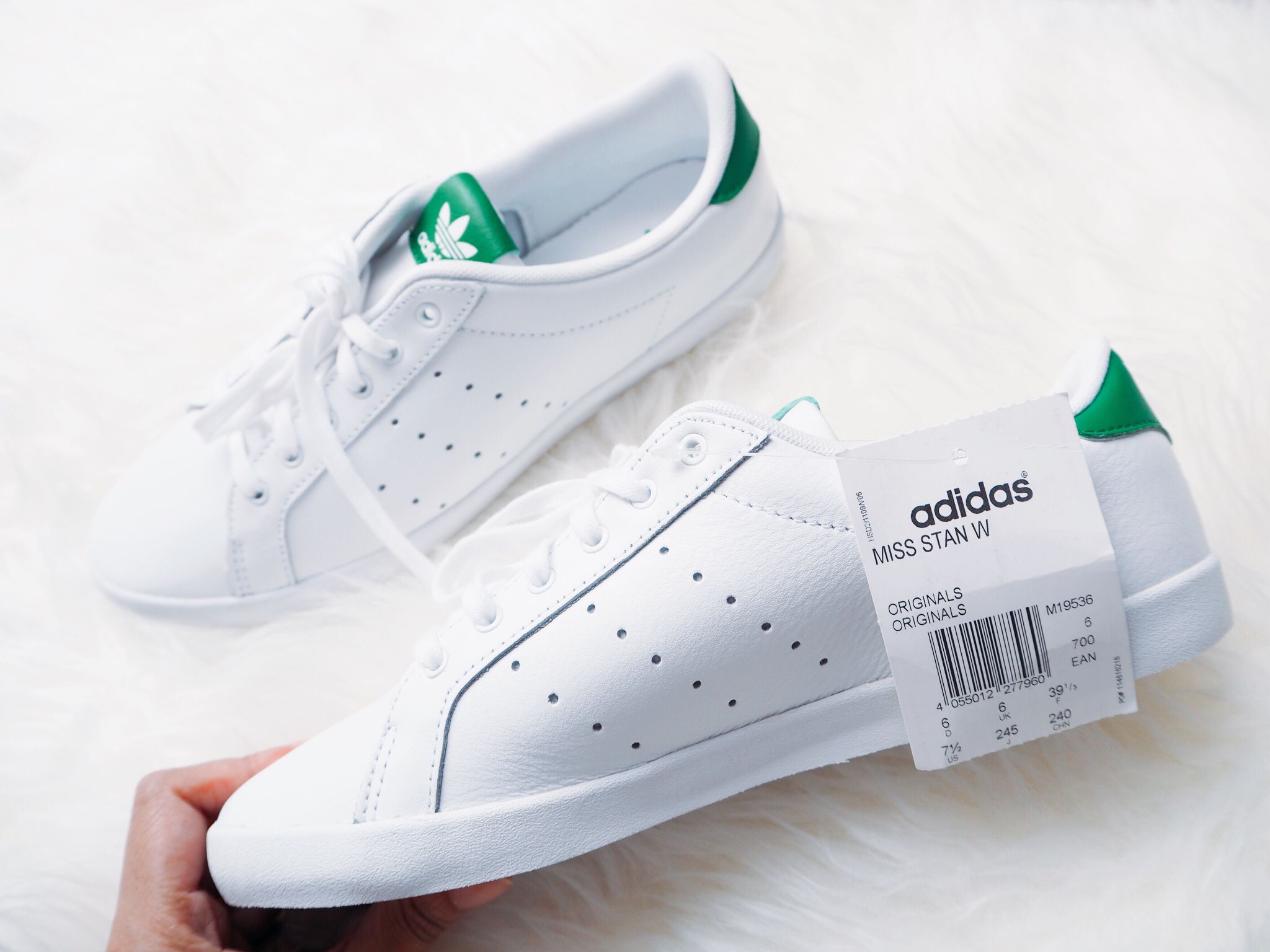 Studded cut out shoes:
I first saw these on Instagram (well very similar ones) about a year ago. They sold out in my size and every so often I would check back to see if they were back in stock. Sadly, they never did come back but I did come across these on a different website and had to place an order. I know I’m taking a huge risk because I have giant wide feet so there’s a big chance they won’t fit but I love them and I’m willing to risk it.

What I’m listening to:
I am unashamedly an OG Made In Chelsea fan. Way back when Frances and Jamie were fresh faced boujie twats gracing our screens, I couldn’t help but love them. When I heard that they have launched their very own podcast I had to download it right away. It’s called Private Parts Podcast and it’s available on iTunes and you guys, it is absolutely hilarious. I have literally been that weirdo on the tube who’s randomly laughs out loud and draws attention to themselves because they can’t stop smiling. 100% recommend.

What else:
How cool is the ‘Blind date with a book’ concept?? You literally cannot judge the book by it’s cover and have to go by it’s genre and theme of the novel. All books are £4 and the scheme is now running in most Costa’s. I was in a rush and really indecisive so I didn’t pick up a book but I’m definitely going to give it a go next time I’m there! 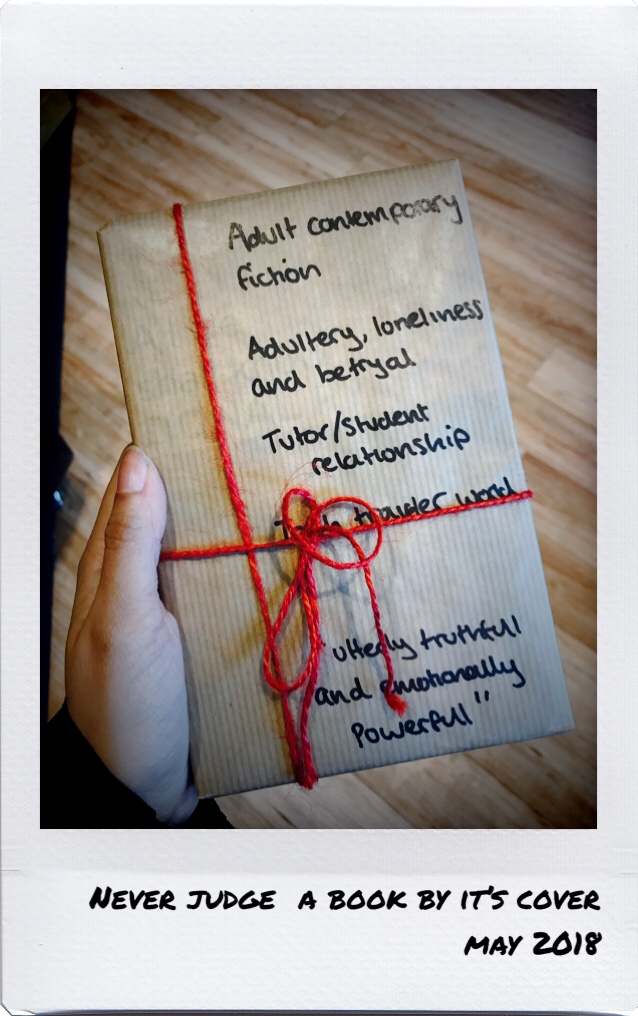 That’s all folks! It’s a bit of a short one this week and most likely not going to be a very exciting month in terms of me doing much so I might just do another monthly round up again. We shall see! Until then, have a great week!

How To Cut Out Toxic People From…

Why I’ve been ignoring you recently